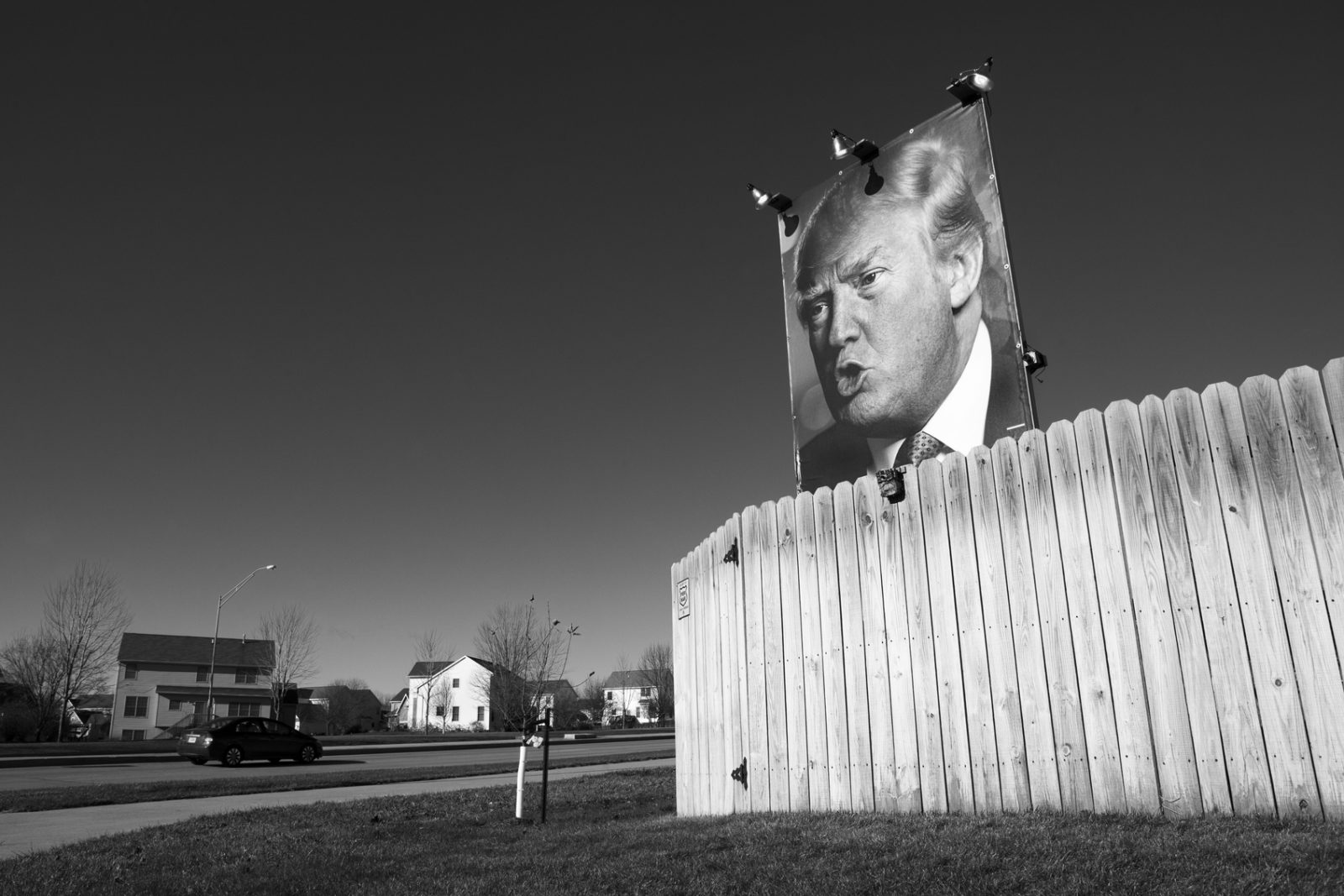 Nine months ago – just prior to the first votes being cast in the 2016 Republican presidential primary – we endorsed Donald Trump‘s bid for the GOP nomination.

This wasn’t our presidential endorsement, it was a primary nod – an acknowledgement that, of the candidates seeking the GOP nomination, we believed him to be the best option.

Which frankly, wasn’t much of a compliment if you stop and think about it …

Also our endorsement wasn’t so much a commentary on Trump as it was an embrace of the populist angst underpinning his candidacy.  Our goal was to affirm the righteousness of that indignation – which at the same time delivering one last, emphatic “fuck you” to the Republican party (which we disavowed in 2012 after years of ideological betrayals).

Here’s an excerpt from our endorsement …

Again, it’s not that complicated.

These terms once defined the “Republican” brand … but no more.  Instead the GOP has morphed into the “other” party of big government.  In Washington, D.C., the party’s white flag is perpetually aflutter – and its presidential primaries over the last two cycles have devolved into a search for ideological shape-shifters who possess “electability,” not the courage and consistency of their convictions.

Meanwhile for all it’s talk of inclusiveness, the last two primary elections have shown beyond a shadow of a doubt that there is absolutely no room in the GOP tent for either the “Paul-tards” or the “Trump-kins,” a.k.a. supporters of current GOP frontrunner Donald Trump.

Basically, the party establishment wants those who reject its bought-and-paid for suits to sit down and shut up.  To give up.  To roll over.  These “Republicans” insist we swallow their ongoing treachery – and pass along the incalculable costs they are imposing on us to our children and grandchildren.

Frankly, we never envisioned a situation in which we would back Trump’s primary candidacy – let alone his presidential bid.  As libertarians, he is far from our ideal candidate.  In 2012 we backed the GOP presidential campaign of former U.S. Rep. Ron Paul – who finished fourth in that year’s “First in the South” presidential primary.  That fall, we endorsed the general election bid of libertarian Gary Johnson – who garnered a measly one percent of the popular vote.

In the aftermath of the 2012 race we fully expected to endorse Rand Paul in the event he ran for president.  And as we noted in this recent piece, had Paul decided to follow in his father’s footsteps and seize the populist ground Trump took for his own … we’d probably be endorsing his campaign right now.

And he’d probably be beating Hillary Clinton by fifty points.

But Paul didn’t follow his father.  Instead he swore allegiance to the liberal GOP leadership – and then proceeded to attack Trump in their name. 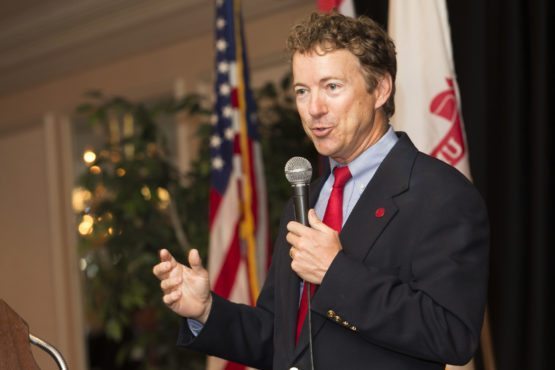 Paul’s pivot to the mushy middle of the American political spectrum backfired badly.  And like many other Republicans who attempted to savage Trump’s candidacy, his own candidacy imploded.

Meanwhile Johnson has veered wildly to the left on a host of issues – rendering him un-endorseable in a general election.

That left us (leaves us) with Trump.

Do we believe he is really capable of “Making America Great Again?”  Who knows.  To say that is a daunting task is putting it politely.  Our government has become like one of those old audio cassette recorders that chews up tapes and spits them out.  Of course politicians keep buying new tapes, sticking them in the busted-ass machine and expecting a different outcome.

So, not only do we have thousands of tapes we now have to untangle and unwind – but we still have a busted-ass machine that chews up anything you stick in it.

Fixing this is going to take a fundamental reversal of the current mindset of Democrats and Republicans in Washington, D.C. (which, again, is to keep buying new tapes).

On the plus side of the ledger, it will require broad-based middle class tax relief aimed at stimulating our beleaguered consumer economy.

Do we believe Trump will build a wall on the southern border of the United States?  Eh.  Do we believe he will be able to make Mexico pay for the wall?  No.

But Trump has led on trade.  He has led on tax reform.  He has led (albeit controversially) on national security.  He has led on the Second Amendment.  Beyond that he has articulated a sensible foreign policy that eschews nation-building and needless provocations and instead focuses on targeting the real enemy.

Also, as this excellent piece from our friends at Americans for Limited Government (ALG) notes, Trump will appoint judges and justices who are committed to upholding the U.S. Constitution – not eroding it on behalf of corrupt oligarchs.

Is all of that enough to turn our country around?  Again, who knows … but it’s sure as hell better than the alternative: Guaranteed failure. 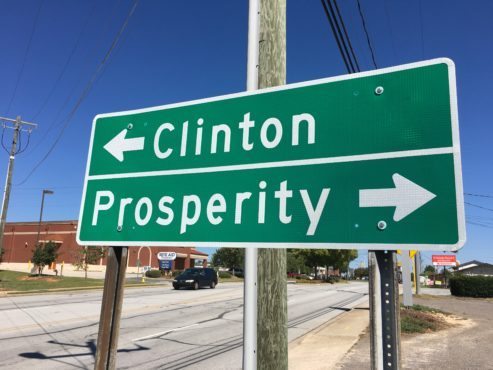 Speaking of failure, let’s turn to Trump’s only real opponent for the presidency: Clinton.

Let’s forget for the moment that this woman is an outright criminal who should probably be in jail right now, not running for the White House.

Seriously: She and her operatives make Richard Nixon and the White House plumbers look like friggin’ choir boys by comparison.

But let’s forget that for the moment.  And let’s forget the coup that kept her out of the slammer (at least temporarily). Let’s focus on exclusively on her policies … at least to the extent she has bothered to articulate them.

Clinton is more of the same.  Bought and paid for.  Corrupt to the core.  Also, she’s a habitual enabler of individuals (and nations) which treat women far worse than Trump allegedly has.

She’s a hypocrite of the very worst sort … and a liar of the first order.

Hell, even the Federal Reserve has been “all in” for Clinton.

Why?  Because the organs of the establishment know that Trump’s election would mark the overturning of their self-serving, self-perpetuating status quo.

At least that’s our hope …

“This endorsement isn’t necessarily about backing a particular candidate, because let’s be honest: Presidential elections are bigger than that,” we wrote back in January.  “This endorsement is about lending our assent to a real movement – a purifying conflagration whose righteous indignation is rooted in a real struggle.”

Trump may not win that struggle – or the election.  But we believe his election would give those of us fighting to improve outcomes for ALL Americans a fighting chance for the first time in a long time.