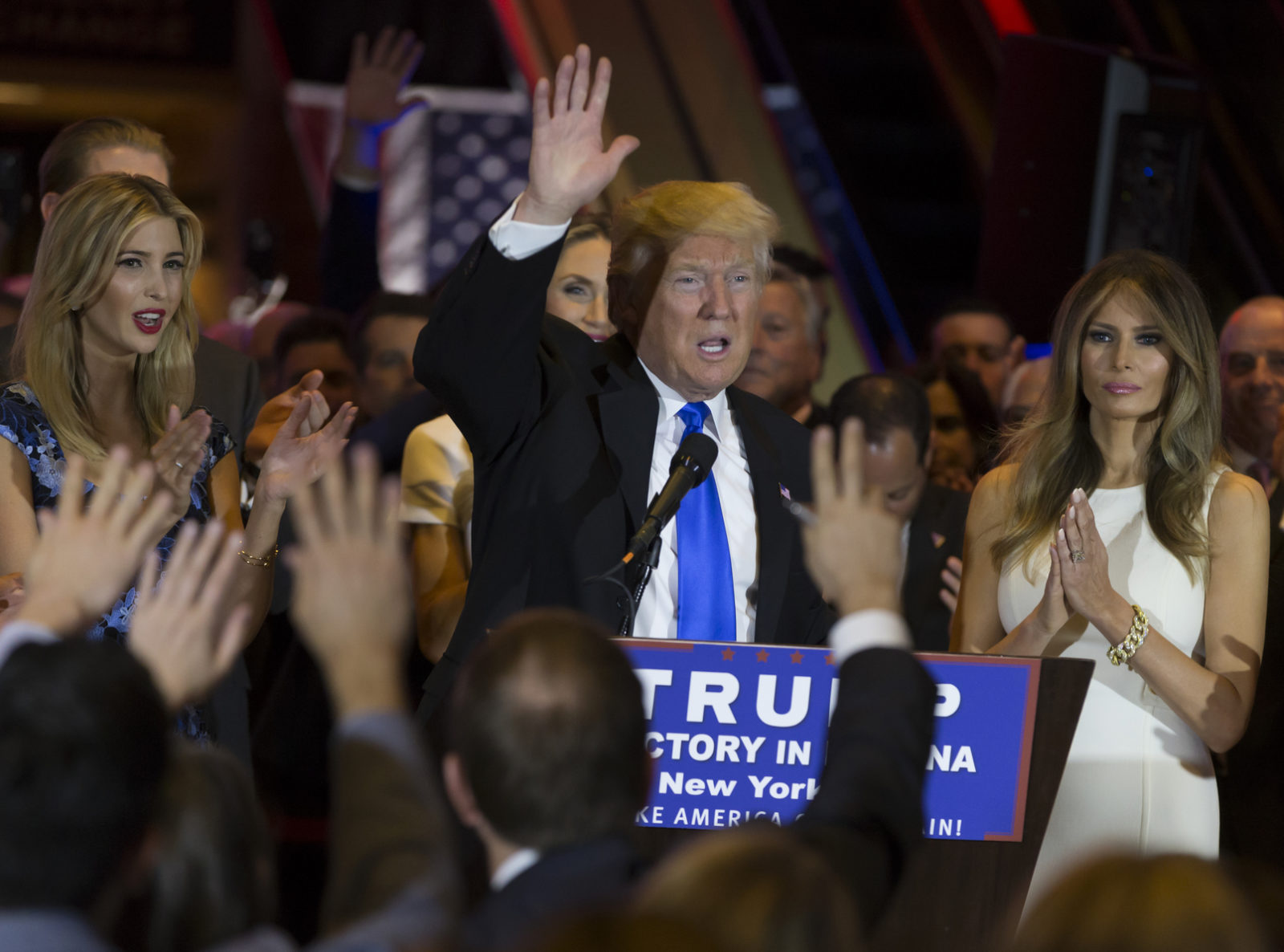 GOP NOMINEE PIVOTS BACK TO THE ECONOMY …

Trump also claimed his economic agenda would produce annual growth of at least 3.5 percent – a rate the U.S. economy has not seen in more than a decade.

Looking to extend his recent good fortune in the 2016 general election campaign against a weakened Hillary Clinton, Trump shifted the focus of the campaign to the economy with a speech at the New York Economic Club.

“Right now, 92 million Americans are on the sidelines, outside the workforce, and not part of our economy,” Trump said.  “It’s a silent nation of jobless Americans.”

Whatever the number, Trump is confident he can get them working again via “a complete overhaul of our tax, regulatory, energy and trade policies.”

“My economic plan rejects the cynicism that says our labor force will keep declining, that our jobs will keep leaving, and that our economy can never grow as it did once before,” Trump said. “We reject the pessimism that says our standard of living can no longer rise, and that all that’s left to do is divide up and redistribute our shrinking resources.”

According to Trump, every income group in America would receive tax relief under his proposals.

The nation’s corporate tax would also be slashed – from 35 percent to 15 percent.

Trump also wants to do away with the “death tax” – which Clinton wants to raise from 40 to 45 percent (while at the same time lowering its effective threshold from $5.45 million to $3.5 million for individuals and $10.9 million to $7 million for couples).

Trump’s plan would also rework Washington, D.C.’s current regulatory and trade policies – while cutting non-defense, non-safety net spending by one percent each year for the next ten years.

“We are proposing a $4.4 trillion tax cut that will score as $2.6 trillion under a dynamic growth model, which is how taxes should be scored,” Trump stated, referring to tax cut modeling that takes into account the stimulative impact of consumers having more money to invest in the economy.

“Our economic team has further modeled that the growth-induced savings from trade, energy and regulation reform will shave at least another $1.8 trillion off of the remaining cost,” Trump added.

That would leave $800 billion … which is where Trump’s proposed spending cuts would come into play.

Clinton has not addressed the issue of middle class tax relief.  So far, her only proposals have included a 30 percent minimum tax rate on individuals making $1 million or more and an additional four percent surtax on income above $4 million.

“This is not because we resent success,” Clinton said at the 2016 Democratic national convention “But when more than 90 percent of the gains have gone to the top one percent, that’s where the money is.  And we are going to follow the money.”

Our view?  On taxes and spending, the difference between Trump and Clinton is crystal clear: One wants to provide broad-based relief, the other doesn’t.

Given the demonstrable failure of America’s current high-tax, high-regulatory, rigged trade policies … our recommendation would be to go with the candidate who wants to change these policies, not continue them.