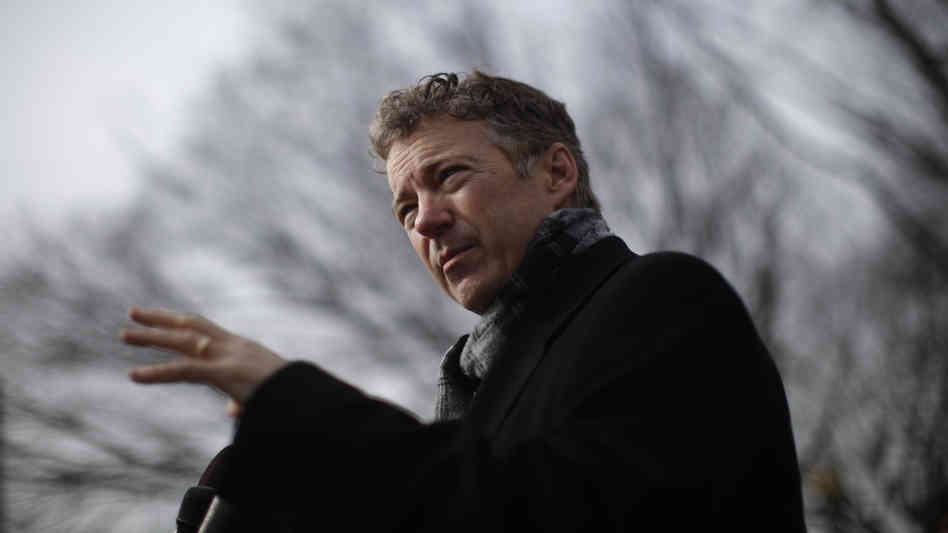 “WHAT THE SET COMMANDS …”

U.S. Sen. Rand Paul continues to court establishment “Republicans” as he assembles his 2016 presidential bid – an effort which is rapidly becoming a case study in the extent to which principles are sacrificed for power.

Paul endorsed liberal “Republican” presidential nominee Mitt Romney in 2012, and this year he’s backing liberal “Republican” Senate leader Mitch McConnell. In between those betrayals he came down to the Palmetto State and raised money for the ethically (and literally) bankrupt S.C. Republican Party – which is slavishly devoted to the expansion of the state’s bloated and inefficient government bureaucracy.

Seriously … how much establishment pole can one politician smoke?

It’s gotten to the point we’re thinking about sending Paul some kneepads … or maybe a copy of Hemingway’s Old Man and the Sea.

Anyway … Paul’s latest GOP establishment play comes in the form of his association with New York “Republican” windbag and establishment rolodex Mallory Factor, who heads up an “exclusive,” invitation-only monthly gathering of special interest carpetbaggers each month at a swanky private club in his adopted home of Charleston, S.C.

We used to be invited to attend these gatherings, but then we eviscerated one of the national sellouts invited by Factor to address his crony capitalist horde.

And the invitations dried up …

Factor is now Rand Paul’s South Carolina “consultant,” which is great if you want to suck up to Lindsey Graham bankrollers … not-so-great if you want to represent the Palmetto State residents who are forced to pick up the tab for all that special interest whoring.

In fact all three of the “conservative” or “Tea Party” candidates for the GOP presidential nomination are disappointing us lately – Paul for his ongoing ideological retreat, U.S. Sen. Marco Rubio (R-Florida) for his recent sellout of our individual liberties and U.S. Sen. Ted Cruz (R-Texas) for his calculated kowtowing to the nation’s military-industrial complex.

Sheesh … and these guys are supposed to be holding the “Republican” sellouts accountable?