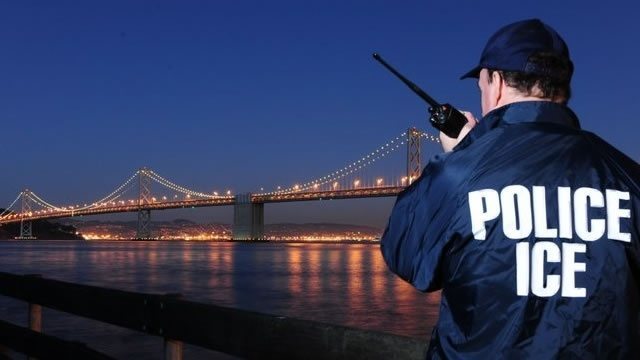 It’s information that was evidently too hot for the left-wing news censors at Facebook … (literally).

“The U.S. Immigration and Customs Enforcement agency in 2015 decided not to deport but release 19,723 criminal illegal immigrants, including 208 convicted of murder, over 900 convicted of sex crimes and 12,307 of drunk driving,” Bedard noted.

Surely this guy is pulling his information from some crackpot right-wing website, right?  Nope … this is government data, analyzed by the Center for Immigration Studies.

According to the numbers, the released illegal aliens had a total of 64,197 convictions among them – including 8,234 convictions for violent crimes.

Seriously?  We can’t even deport the violent criminals?

Sheesh … we knew Barack Obama wasn’t going to lift a finger to deport anybody, but this is ridiculous.

A recent report indicated there were an estimated 820,000 illegal aliens in the United States with criminal convictions – and 690,000 illegal aliens in our country who have been convicted of either a felony or a serious misdemeanor.  Oh, and those numbers didn’t come courtesy of some crackpot, right-wing website either … they came from a pro-amnesty group.

Yeah, “Republicans.”  How is that capitulation on executive amnesty looking now?

Immigration has become a dominant issue in the 2016 campaign.  In fact it fueled the initial rise of presumptive “Republican” presidential nominee Donald Trump – who has aggressively pushed tougher policies at a time when the rest of the GOP was joining the “open borders” chorus.

This website has never breathed fire on the immigration issue – although we have consistently called for government to appropriate more resources to border security.

We’ve also consistently called for the elimination of taxpayer benefits for illegals – as well as automatic deportation for violent criminal aliens.

You know … as opposed to being released.

Much Ado About Shutdown