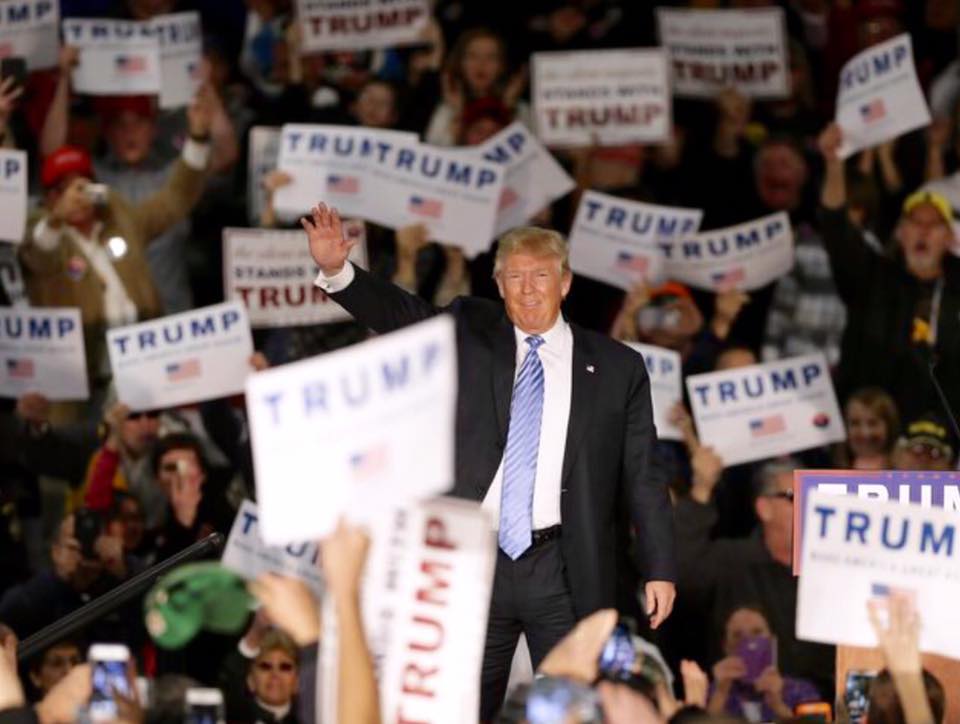 “WE’RE AT WAR: GET IT THROUGH YOUR HEAD”

Say what you will about Donald Trump, but the fluff and bluster of the GOP frontrunner – on display this week via his controversial call for a “total and complete shutdown” of Muslim immigration into the United States – is buttressed by an iron determination to never back down.

In keeping with that philosophy, Trump is doubling down on his Muslim immigration ban – telling CNN during a contentious interview that he stands by his proposal and doesn’t care what the “Republican” establishment thinks of it.

“They are living within our country,” Trump said of radical Islamic terrorists.  “And many of them want to come from outside our country.”

Pressed repeatedly by Cuomo regarding the feasibility and constitutionality of his plan, Trump had a characteristically blunt response.

Trump’s proposal has been assailed by the GOP establishment – which months ago blasted him for making controversial comments about certain Mexican immigrants.  The immigration furor resulted in Trump skyrocketing in the polls.

We wonder if this dust-up will lead to a similar surge?

Two points of clarification: Trump said his proposed ban on Muslim immigration would be “temporary” – lasting “until the country’s representatives can figure out what’s going on.”

In a separate interview with ABC News’ George Stephanopoulos, Trump also cleared up some confusion by saying the ban would not apply to U.S. citizens who are currently overseas – as one of his campaign aides incorrectly stated.

“If a person is a Muslim, goes overseas and comes back, they can come back,” he said.  “They’re a citizen. That’s different.”