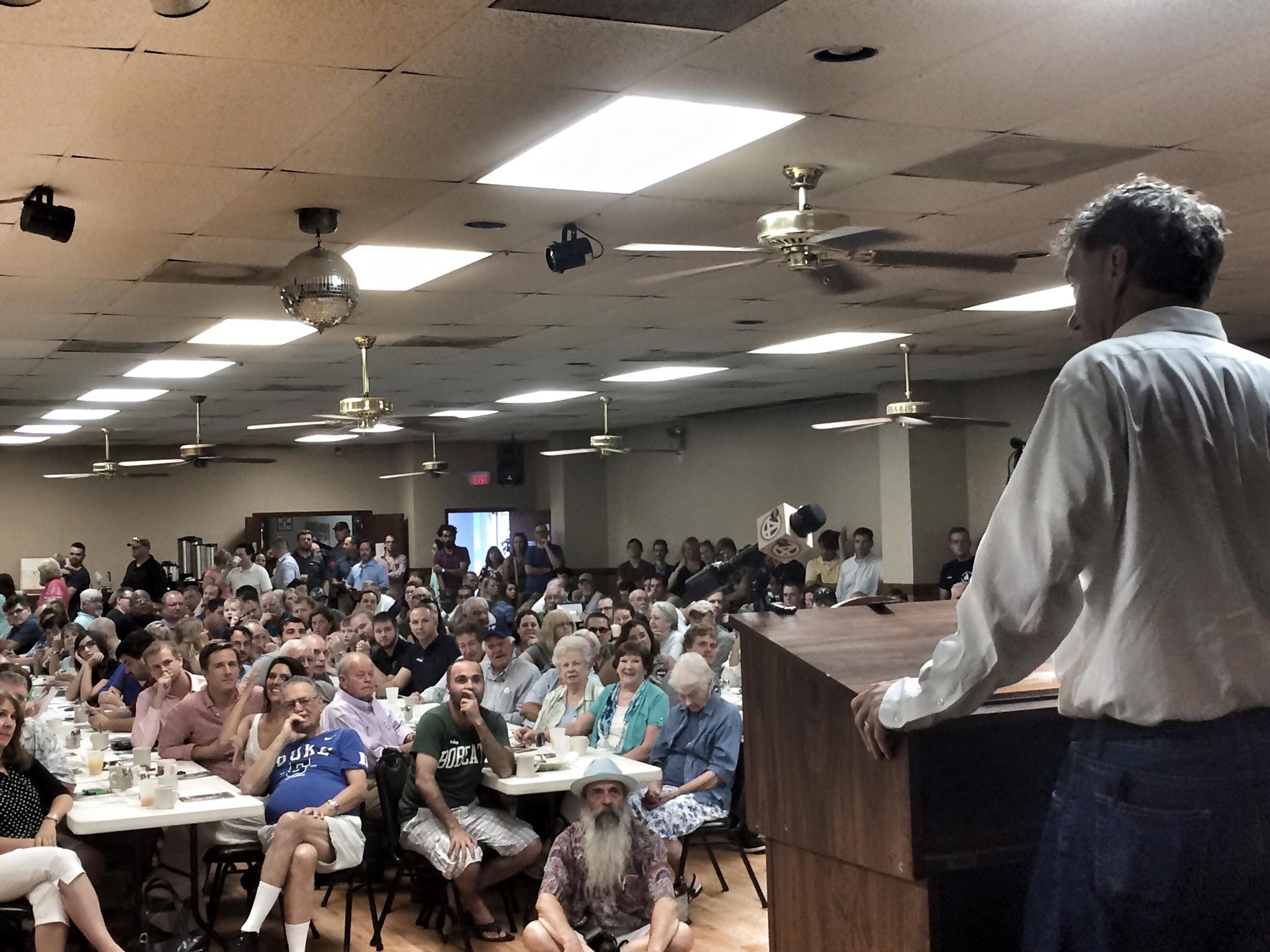 SOMEONE IS NOT HIS FATHER’S “REPUBLICAN”

|| By FITSNEWS || Throughout the 2012 presidential campaign, we noted how supporters of then-U.S. Rep. Ron Paul were attacked by GOP partisans for having the audacity to embrace the limited government, lower tax ideology the “Republican” party claims to stand for …

“There is simply no room in the new Republican tent for those people who endorse traditionally ‘Republican’ fiscal values,” we wrote in August of 2012.  “There is only room for those who swallow the rhetoric of special interest-fed blowhards intent on eroding our liberties and digging this nation’s fiscal hole even deeper than it already is.”

By the way, our government’s debt has exploded by more than $2.3 trillion since then to a whopping $18.3 trillion … you know, for those of you keeping score at home.  Meanwhile those ticking entitlement time bombs are that much closer to going “boom.”

And on the liberty front?  Yeah … about that.

Oh, and both Johnson and the elder Paul had records to back up their rhetoric.

Initially we were very excited to see what sort of campaign Paul’s son – U.S. Senator Rand Paul of Kentucky – might run during the 2016 election cycle.

Well guess what: It’s been a terrible campaign.  Ideologically and operationally.  Which we probably should have known given Paul’s attempt to straddle both sides of the fault line running through the GOP.

Well Paul is no longer straddling …

During the first presidential debate – which Paul entered in the midst of a tailspin – he repeatedly went after GOP frontrunner Donald Trump, blasting him for his refusal to pledge support for the eventual “Republican” nominee for president.

Since when did Rand Paul become the GOP’s loyalty czar?  Seriously: Since when did the guy who was supposed to be about growing the party start setting limits on who could be a member?

Paul stepped up his attacks on Trump this week with a column in IJR Review entitled “Don’t Fall For a Fake Conservative.”

“Donald Trump is showing he isn’t suited to lead the country, and I think we all need to discuss why,” Paul wrote.  “Frankly, it sounds too much like he is someone used to bullying to get his way. What do you do to a bully? You stand up to him. That’s what I did on the debate stage, and I was the only one.”

Well, Paul may have been “the only one” standing up to Trump on stage … but the debate’s three moderators were certainly all over “The Donald.”

Don’t get us wrong: Trump’s political malleability is concerning.  And there are plenty of things he’s going to have to answer for over the course of the coming months.  To be honest, we’re not sure yet whether we like – or trust – him.

But over the last few months Trump has indisputably done two critical things: First, he’s called out the institutional failure of Washington, D.C.’s “bipartisanship” (something Paul was clearly unwilling to do), and second, he’s gotten all of those being failed by the institution to start paying attention for the first time ever (something Paul was clearly unable to do).

Bottom line?  Trump is driving the national debate in a direction that can only benefit the country.

The End Of Rick Perry’s 2016 Campaign Is Nigh