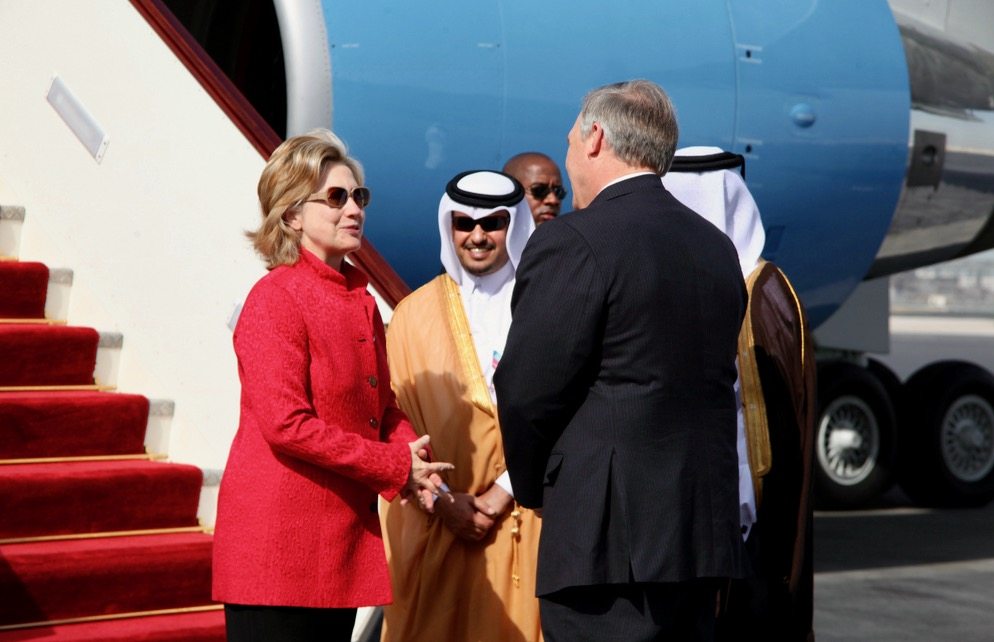 This website has consistently railed against America’s so-called “Partners in Peace” in Saudi Arabia – and with good reason.

The wealthy Islamic nation has an abysmal record on human rights (especially with regard to its treatment of women) and routinely goads America into costly interventions abroad.

Now there’s evidence U.S. officials have known for years that Saudi Arabia and Qatar – another wealthy Islamic nation which treats its women like dirt – have been secretly funding the Islamic State in Iraq and Syria (ISIS).

According to an August 2014 email sent by former U.S. Secretary of State Hillary Clinton to John Podesta (her current campaign manager and a former advisor to Barack Obama), Saudi Arabia and Qatar “are providing clandestine financial and logistic support to ISIL and other radical Sunni groups in the region.”

ISIL is the Islamic State in Iraq and the Levant, another name for ISIS.

The email – one of several thousand published by Wikileaks – was sent by Clinton shortly after the United States launched its latest round of military interventions in the Middle East.

What did Clinton suggest the White House should do in response to this information?

“We need to use our diplomatic and more traditional intelligence assets to bring pressure on the governments of Qatar and Saudi Arabia,” she wrote.

Really?  Last time we checked, Qatar had given between $1 million and $5 million to Clinton’s corrupt foundation while Saudi Arabia has given upwards of $25 million dollars.

And she’s supposed to “bring pressure” on them?  Please …

Clinton has consistently supported massive arms deals for Saudi Arabia – including weapons that have been used in brutal attacks against civilians in Yemen.   In 2010, a $60 billion weapons transfer of fighter jets and helicopters to Saudi Arabia was deemed a “top priority” by Clinton’s State Department.

Meanwhile her crony capitalist backer Boeing made out like a bandit in a subsequent $29.4 billion deal for nearly ninety advanced F-15SA fighters.

That deal was concluded on Christmas Eve 2011.

“Not a bad Christmas present,” one Clinton aide noted in an email obtained after the federal government was forced to turn over communications following a Freedom of Information Act lawsuit.

Earlier this year the Obama administration announced a $1 billion arms deal with Saudi Arabia, an agreement which would include 150 M1A2 Abrams battle tanks and vast caches of ammunition and small arms to replace what the Saudis have lost during their campaign against Yemen.

Which reminds us: Let’s not forget all the weapons our country sent to Yemen … and then left there.

But hey … let’s keep flipping out over the fact that Donald Trump has a potty mouth, right?

UPDATE: In case you’re interested, here’s how a real woman would handle these countries …