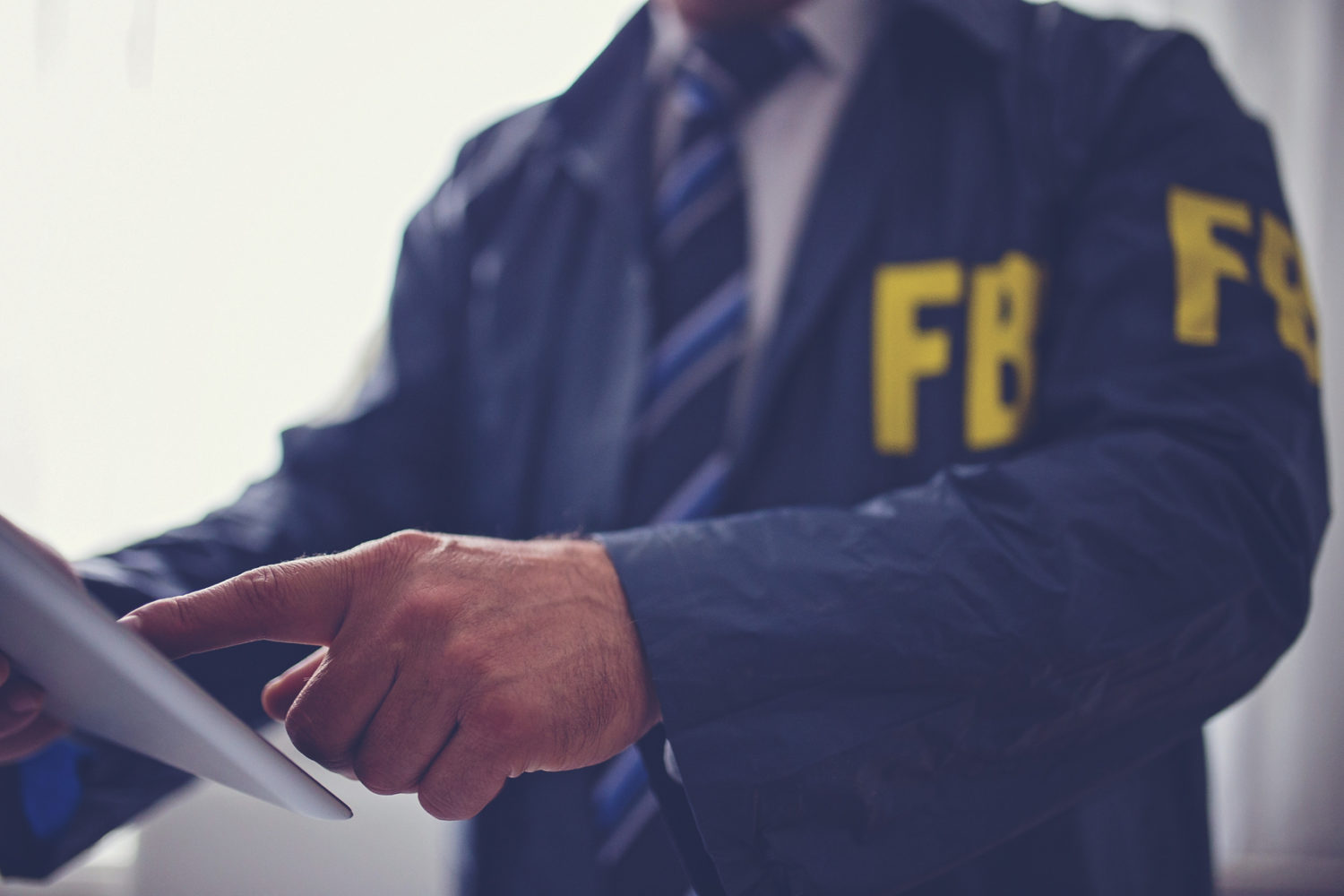 The Federal Bureau of Investigation (FBI) has released heavily redacted documents pertaining to its investigation of Democratic presidential nominee Hillary Clinton – including a summary of its probe into her extra-legal email server as well as a transcript of its interview with Clinton.

The documents contained several seismic revelations – including accounts of the deliberate destruction of evidence in connection with Clinton’s private server.

Seriously … Clinton’s aides destroyed her personal electronic devices with hammers, people.  Other devices appear to have disappeared off the face of the earth.

The agency’s disclosure came on a Friday afternoon – which is typically when government agencies release information they’d prefer to keep as quiet as possible.

The disclosures instead reignited a firestorm over the FBI’s controversial decision to clear Clinton of wrongdoing in connection with the email scandal – and further cemented the extent to which Clinton has been lying to the public (and lying to Congress … under oath, even).

The FBI documents lay out in no uncertain terms a coordinated effort by Clinton and her aides to not only keep her secret server under wraps – but to actively obstruct the investigation into what transpired over this accountability-evading network.

The fact that she’s not in an orange jumpsuit doing the perp walk right now is simply baffling … (except no, not really).

Still, the lengths to which Clinton and her allies have gone in an effort to keep her shameless self-dealing out of the public eye is downright Nixonian.

According to the report, Clinton decided to start deleting her work-related emails shortly after her extra-legal server was discovered by The New York Times.

In fact one person interviewed by the FBI “indicated he believed he had an ‘oh s***’ moment” after the Times report and, as a result “deleted the Clinton archive mailbox from the (secret) server and used BleachBit to delete the exported .PST files he had created on the server system containing Clinton’s emails.”

Aside from getting rid of emails, there were also some truly shocking revelations as to how Clinton’s aides disposed of her devices.

“The whereabouts of Clinton’s devices would frequently become unknown once she transitioned to a new device,” the FBI report noted, adding that one ex-Clinton aide revealed that he destroyed Clinton’s smart phones by “hitting them with a hammer.”

The FBI concluded Clinton used at least thirteen different phones (associated with two telephone numbers) and five iPads in connection with the server – further debunking Clinton’s claim that the server was established so she could handle all of her communications on one device. 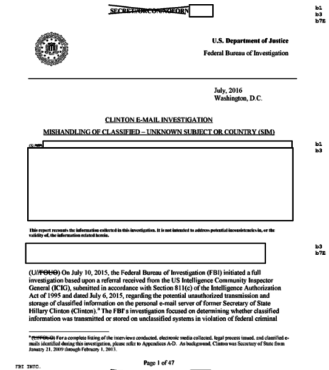 And here is a document with notes from the FBI’s interview with Clinton on July 2 of this year – three days before agency director James Comey held his infamous press conference clearing her of wrongdoing. 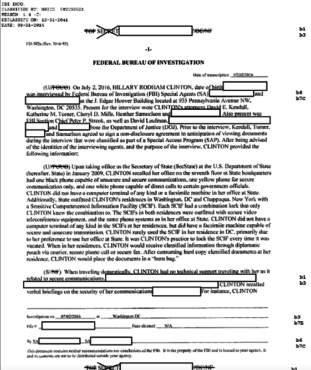 Clinton’s oft-repeated promise that she turned over all of her work-related emails to investigators was similarly shredded.

According to the FBI, the agency “recovered from additional data sources and reviewed approximately 17,448 unique work-related and personal e-mails from Clinton’s tenure.”

The release also further exposed the extent to which Clinton’s “I never sent or received information marked classified” was a lie.

The report also include some irony – notably an email sent from Clinton to her employees at the State Department warning them not to use private emails to conduct government business.

Seriously … that would be funny if it weren’t so frightening to contemplate how Clinton is getting away with this.

“It’s clear that the FBI was looking for reasons not to bring criminal charges against Hillary Clinton,” said Matthew Whitaker, a former U.S. attorney who is now a government watchdog in Washington, D.C.  “The question of whether Ms. Clinton intended to commit a crime is a red herring.  The critical point the FBI overlooked is that Clinton clearly intended to send and store top secret, classified information on an unsecured, personal server, which I believe is a case that any reasonable prosecutor would bring against her or anyone else who committed such reckless acts.”

“Again, it does not matter whether she intended to break the law – she obviously did intend to commit the illegal acts,” Whitaker added.

Let’s not forget the real scandal here, though: The pay-to-play corruption that this secret network – and the cover-up of its contents – intended to conceal.

That’s the real reason Clinton ought to be behind bars …