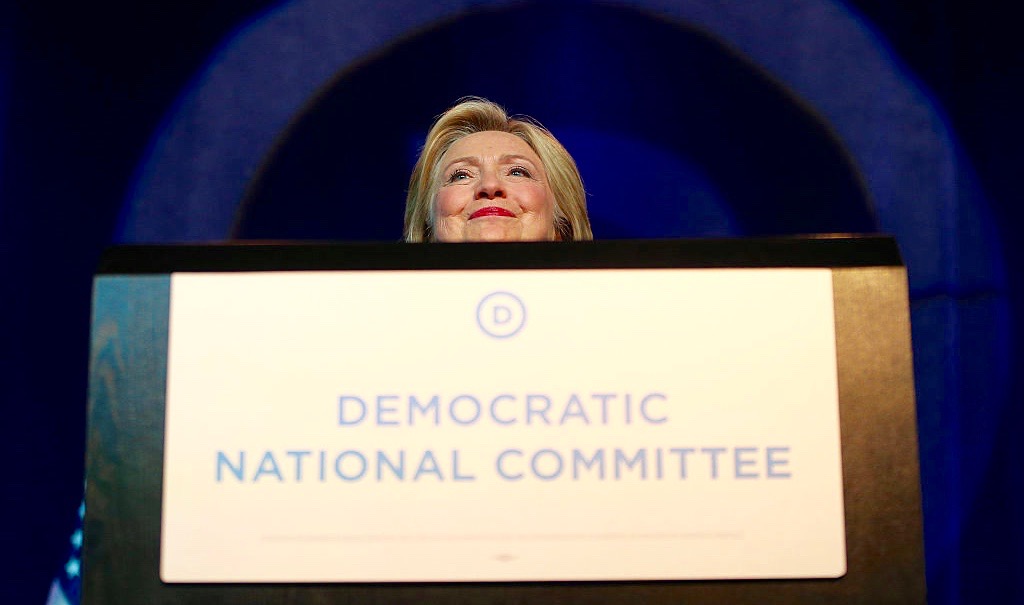 It’s not necessarily a “vast left-wing conspiracy,” but a treasure trove of leaked emails has thrown the Democratic party into disarray just days before it was supposed to unify at its quadrennial national convention in Philadelphia.

The emails – posted by Wikileaks – reveal a coordinated effort between party leaders and pliable liberal mainstream media outlets to promote the presidential bid of Hillary Clinton while at the same time derailing the populist insurgency of independent socialist U.S. Senator Bernie Sanders.

By any means necessary …

The MSM’s war against Sanders is obviously no secret.  Nor are allegations of collusion between the DNC and Clinton’s campaign.  In fact Sanders argued for months that he was being targeted for defeat by the party establishment.

However, the actual depths to which the Democratic National Committee (DNC) – and the “lamestream” press – jointly sunk in their effort to undermine Sanders’ candidacy are truly disturbing.

One of the leaked emails – attributed to DNC chief financial officer Brad Marshall – is downright anti-Semitic.

“It might may no difference, but for (Kentucky) and (West Virginia) can we get someone to ask his belief,” Marshall wrote.  “Does he believe in a God.  He had skated on saying he has a Jewish heritage.  I think I read he is an atheist.  This could make several points difference with my peeps.  My Southern Baptist peeps would draw a big difference between a Jew and an atheist.”

Aren’t Democrats the ones who are supposed to be fighting against religious discrimination?

Astoundingly, Marshall had the audacity to say that his email was not referring to Sanders – telling The Intercept that while he did “not recall” the exchange, “it would not have been Sanders” that he was talking about.

Another leaked email outlines a plot to combat the (now conclusively proven) narrative that the DNC was working to sabotage Sanders’ candidacy.

“Wondering if there’s a good Bernie narrative for a story, which is that Bernie never ever had his act together, that his campaign was a mess,” an email from DNC press secretary Mark Paustenbach mused.

Paustenbach proceeds to lay out several seemingly fabricated examples of how Sanders’ candidacy was in disarray, concluding “it’s not a DNC conspiracy, it’s because they never had their act together.”

Paustenbach also stars in a series of emails implicating “reporter” Ken Vogel of Politico in a disturbing “arrangement” – one most unbecoming of a purportedly professional journalist.

According to the emails, Vogel agreed to let the DNC see at least one of his stories not just prior to its publication – but prior to showing it to his editor.

“Per agreement … any thoughts appreciated,” Vogel wrote to the DNC press hack.

“Vogel gave me his story ahead of time/ before it goes to his editors as long as I didn’t share it,” Paustenbach then wrote to DNC communications director Luis Miranda. “Let me know if you see anything that’s missing and I’ll push back.”

So much for the “Fourth Estate” being objective, right?

In addition to damaging “party unity” ahead of the Philadelphia convention, the damning DNC “docu-dump” is likely to compound Clinton’s problems with millions of “progressive” voters who flocked to Sanders’ banner.  It’s especially problematic seeing as the Wikileaks’ revelation came on the same day Clinton announced U.S. Senator Tim Kaine of Virginia as her running mate.

Kaine was pilloried by Sanders’ backers on a number of fronts – including his support for U.S. president Barack Obama‘s crony capitalist trade policies.