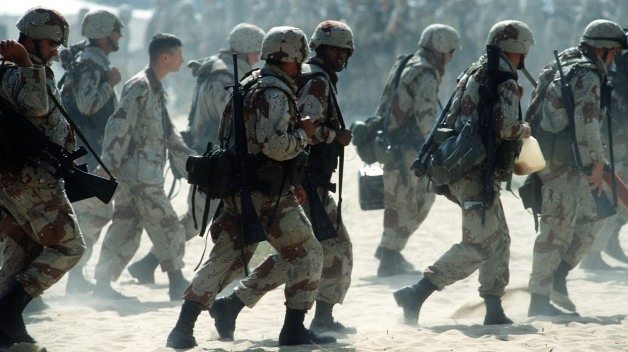 “WE’RE NOT UNDER THREAT. WE ARE THE THREAT”

|| By FITSNEWS || Legendary film director Oliver Stone gave an interview recently regarding his ongoing documentary series, “The Untold History of the United States.”

It’s blunt truth … the sort you won’t read in the mainstream media.

We’re not under threat.  We are the threat.

“When I studied ‘The Untold History,’ one thing that really hit me hard was the history of our involvement in the Middle East,” Stone told Middle East Eye. “It was a nefarious involvement.”

According to Stone, the nefariousness began shortly after the collapse of the Soviet Union when America – the world’s lone superpower – liberated Kuwait from an invasion by Iraqi forces under Saddam Hussein.

The result of this perpetual engagement?

“We’ve destabilized the entire region, created chaos. And then we blame ISIS for the chaos we created,” he said, referring to the Islamic State in Iraq and Syria (ISIS).

And this instability and chaos, of course, begets more war … decades of it.

U.S. military intervention in Iraq and Afghanistan has cost U.S. taxpayers an estimated $6 trillion – contributing mightily to our $18.3 trillion deficit.  And let’s not forget the nearly 7,000 dead soldiers, or the countless maimed and wounded soldiers, or the soldiers who come back with post-traumatic stress disorder (PTSD) and other psychological ailments.

Our warmongering leaders told us this massive investment of blood and treasure would make us safe … only it hasn’t.  In fact, the opposite is true.

But like everything in government, the reaction has been predictable: If at first you fail in doing something that you shouldn’t be doing … spend, spend some more.

We are not doves: We believe in armed neutrality.  Securing our borders.  And we embrace disproportionate military responses in dealing decisively with those who attack Americans.

But we do not believe in subsidizing Israel’s war machine.  Or arming terrorist organizations (however that may happen).

Even if those were sound policies … we can’t afford them.

Protecting and advancing America’s core national interests – and its national security interests – would be best served by a foreign policy in which our leaders acknowledged that spheres of influence exist in the world, and that America cannot (and should not) attempt to control all of them.

Again … we can’t afford the cost in lives, money or loss of liberty and security.