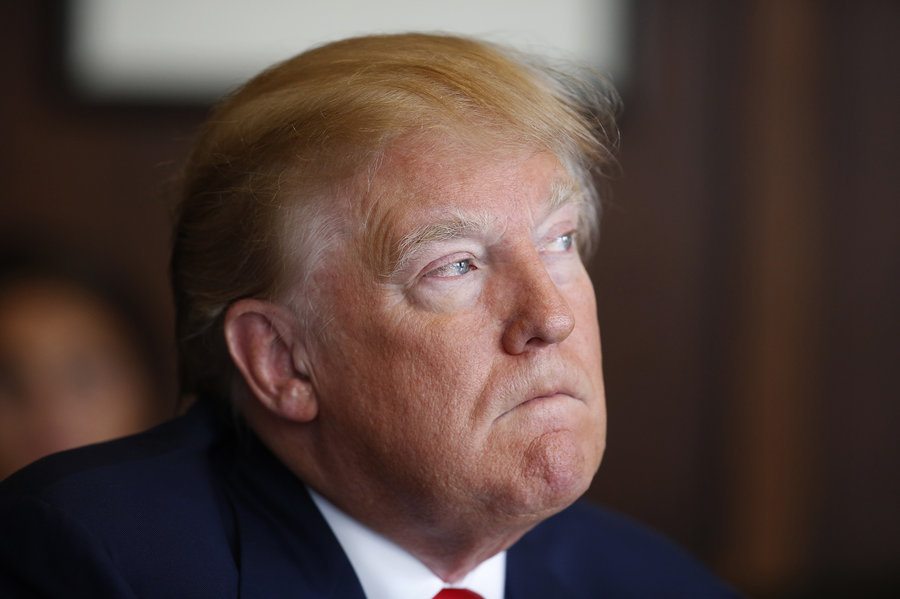 This website doesn’t usually endorse frontrunners.  In 2012, we backed the GOP presidential campaign of former U.S. Rep. Ron Paul – who finished fourth in that year’s “First in the South” presidential primary.  Then, that fall, we endorsed the general election bid of libertarian Gary Johnson – who garnered a measly one percent of the popular vote.

Why did we embrace such long shots?  Because they were consistently advancing the issues we believed in: Freedom and free markets.  Liberty and prosperity.  Lower taxes and less government.

Sure, they lacked a pithy catchphrase (and custom embroidered hats), but they were genuinely trying to “Make America Great Again” – and not only that, they were trying to do so by restoring our nation’s constitutional principles along with the economic philosophy that produced decades of global dominance.

Again, it’s not that complicated.

These terms once defined the “Republican” brand … but no more.  Instead the GOP has morphed into the “other” party of big government.  In Washington, D.C., the party’s white flag is perpetually aflutter – and its presidential primaries over the last two cycles have devolved into a search for ideological shape-shifters who possess “electability,” not the courage and consistency of their convictions.

Meanwhile for all it’s talk of inclusiveness, the last two primary elections have shown beyond a shadow of a doubt that there is absolutely no room in the GOP tent for either the “Paul-tards” or the “Trump-kins,” a.k.a. supporters of current GOP frontrunner Donald Trump.

Basically, the party establishment wants those who reject its bought-and-paid for suits to sit down and shut up.  To give up.  To roll over.  These “Republicans” insist we swallow their ongoing treachery – and pass along the incalculable costs they are imposing on us to our children and grandchildren.

And while they court new breeds of dependents (corporate cronies included) in an effort to further inflate these unsustainable fiscal obligations, they have relied securely on the knowledge that We The People paying for all of this have no other option.  No one else to turn to.

After all … who else are we going to vote for?

Seriously … if we were Syrian immigrants looking to be radicalized at local mosques prior to dining sumptuously on a dependency buffet, then in that case the GOP would be tripping all over itself to invite us into its tent. 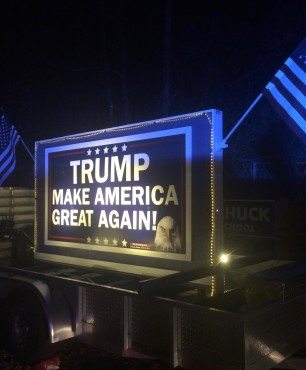 But we don’t have our hand out.  We’re honest. Hard-working. Tax-paying. Job-creating.  Americans.  In other words, we’re the ones being asked to provide the smorgasbord of entitlement and political correctness being doled out daily by an ever-expanding, increasingly invasive government in Washington, D.C.

You know, we’re talking about the same government that’s currently $19 trillion in debt and facing the first in a serious of entitlement explosions – all while it pretends it can simultaneously wage war against radical Islam, Vladimir Putin and China.

We’re the ones paying the cost for all this.  Us … the middle class … the lower-middle class … along with our brothers from other mothers.

Seriously: Where are we supposed to turn?

Not to the GOP, obviously.  The party’s ongoing surrender to the far left was what the 2016 presidential campaign was supposed to be about … a mirror image of the wholesale “Republican” retreat still taking place in our nation’s capital.

But then … Trump happened.  Loudly.  Bluntly.  Irreverently.  And again … loudly.  Dulled into complacency by the dehumanizing hum of chronic concession and cookie cutter echoes (not choices) … this country found itself jarred into a reality by a sonic bombast it never anticipated, but quickly found it couldn’t do with out.

Invoking a plain-spoken, Bulworth-esque disdain for convention, Trump’s brusque bravado on the issue of illegal immigration ignited a spark across the nation’s political landscape.  Right or wrong, it prompted a discourse America didn’t want to have – but had to have.  And the spark still burns.  As its accompanying cacophony endures.

“What was envisioned by the party’s increasingly left-leaning elites as a sanitized, scripted exchange of talking points has turned into a totally unfiltered outpouring of raw popular outrage – with Trump smartly and unapologetically channeling the angst of huge swaths of the GOP electorate who feel betrayed by their party and its rotating crop of two-faced leaders,” we wrote back in July of last year.

Fueling that rise?  Honest anger based on real injustice.  In other words, the same class warfare Democrats have been exploiting for years as part of their (successful) effort to back the GOP into an Electoral College corner.

The result of this adept political calculus?  Increasingly liberal Democrats were able to grow bolder and more sinister in their encroachments on our liberty and our economy – even as the mood of the country moved in the opposite direction – all without paying a price at the polls.

That shift is ongoing in our nation’s capital … and on college campuses across the country.

As our friend Rick Manning of Americans for Limited Government recently wrote, “an iceberg is heading into the path of the United States Constitution.  A destructive wave of political thought that appears out of the mainstream on the surface, but which like an iceberg has 90 percent of its mass below the surface.” 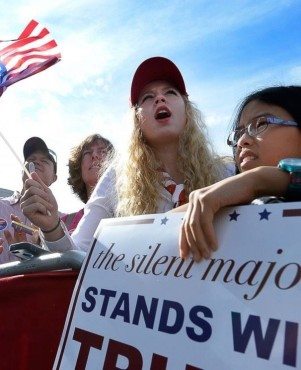 In increasingly broad swaths of the country, though, Trump has single-handedly obliterated this paradigm … and established one of his own.  By sheer ego, raw emotional appeal and adept exploitation of ongoing “Republican” failure on hot-button issues – he has become a planet-sized impediment to the two-party status quo that’s been holding this country back for decades.  In fact the sheer gravitational pull of his movement is what ultimately compelled our endorsement – which as recently as this week still wasn’t a sure thing.

Suddenly – finally – someone flipped the same old script.  And as hard as the party (and the “conservative” media) tried to put the genie back in the bottle, they couldn’t.  In fact, their efforts to demonize Trump – including fair criticism aimed at exposing admittedly disturbing inconsistencies in his political background – fell flat.

Don’t get us wrong: We are not ignorant as to Donald Trump’s past pronouncements on a wide range of issues – nor are we blind as to how those pronouncements run contrary to many of the ideals he is advancing today.  Nor are we sold on all of his policies – some of which strain constitutionality as well as credulity.  On the bread and butter issues that matter to us, he could certainly have dug a lot deeper on his tax plan – and we have very real questions regarding his commitment to the first fundamental American liberty (a.k.a. the right to life).

In other words Trump is nowhere near the “perfect” candidate for us – and truth be told he’s nowhere near as neatly aligned with our ideological moorings as Ron Paul was four years ago.

In fact had Rand Paul decided to follow in his father’s footsteps and seize the populist ground Trump has taken as his own … we’d probably be endorsing his campaign right now.  And had he done that, we’d probably be a bit more comfortable in assigning our imprimatur.

But Paul didn’t do that.  Instead he swore allegiance to the liberal GOP leadership.  And then proceeded to attack Trump in their name.

And he has the nerve to call Trump a hypocrite?

But this endorsement isn’t necessarily about backing a particular candidate, because let’s be honest: Presidential elections are bigger than that.  This endorsement is about lending our assent to a real movement – a purifying conflagration whose righteous indignation is rooted in a real struggle, one South Carolinians know far better than most in this country.

Our state’s workforce is small and uneducated.  Our workers make far less than their counterparts.  Our people are less healthy … and more prone to being victims of violence.

What has our “Republican” governor Nikki Haley – and her puppet masters in Washington – done to make things better?

Nothing … except demand that we pay more.

Bottom line?  The GOP can attack Trump all it wants.  And its minions can attack us for supporting him – just as they attacked us and called us names when we endorsed Rand Paul.  But the real blame lies not with us, but with countless “Republican” politicians at the local, state and national level who have spent years lying to us and taking us for granted.