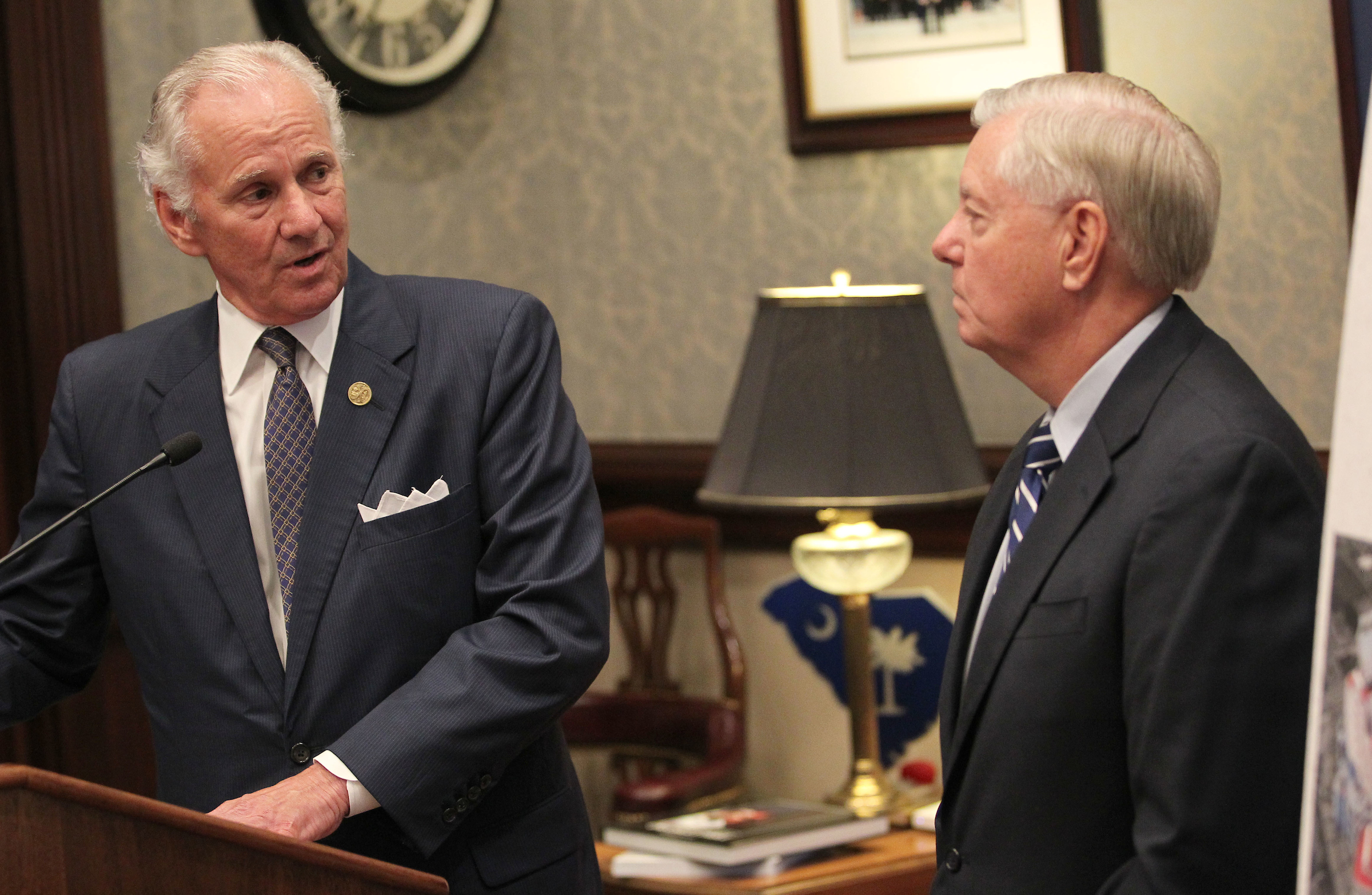 Over the past six years, I have made my thoughts on South Carolina governor Henry McMaster (a.k.a. “Foghorn Guvnah”) abundantly clear. To recapitulate those thoughts succinctly: I am not a fan.

The guy is pure status quo. And those who launched him to the governor’s office and propped him up politically are … laboring under misapprehensions.

As I noted in a recent column, McMaster is a “Frat boy/ handshaker.”

I have also referred to him as “some mouth-breathing extra” from Pappy O’Daniel’s entourage in the 2000 Coen Brothers ‘O Brother Where Art Thou?’

But that’s just me talking trash …

More substantively, McMaster approved the largest tax hike in South Carolina history – and proposed blowing all of the recent Covid-19 stimulus on bigger government. He has also offered next-to-nothing in tax relief to the Palmetto State’s citizens and small businesses.

Is it any wonder job growth in South Carolina is evaporating?

What has he embraced? Crony capitalism … poorly, at that.

Despite kicking McMaster and his “shadow governor,” Trey Walker, in the balls (rhetorically) “on the reg,” many of my followers on left-leaning Twitter seem to think I am in the tank for him.

Why? Because I have (gasp) had similarly uncharitable things to say about his rival in this fall’s election, former U.S. congressman Joe Cunningham. A former “ocean engineer” (and lobbyist) from Kentucky, Cunningham’s campaign was in a hopeless electoral position from the get-go. And that was before he alienated black voters during a contentious Democratic primary (and then re-alienated them by choosing a white running mate for the general election).

Oh, and not just any white running mate … Tally Casey’s alleged love affair with mind-altering cacti (yes, you read that right) has the potential to sink Cunningham’s entire campaign.

Well, this prickly situation would have the potential to sink Cunningham’s campaign if the Palmetto State’s mainstream media were even remotely impartial (seriously … honk or something if you think court papers accusing GOP lieutenant governor Pamela Evette of tripping on San Pedro would be ignored by the media).

In fairness, though, McMaster’s campaign already kind of screwed the pooch on the inebriation angle with his doofenschmirtz of a first television spot – negating the potential value of Casey’s alleged affinity for echinopsis pachanoi.

They sure as hell couldn’t do much worse …

Anyway, left-leaning Twitter has similarly been rendered agog by my reporting on the polling in this race (see here and here). Apparently, failing to swallow the “electability” spin coming from the Cunningham campaign is grounds for cancellation on that platform.

But as Dave Chappelle famously said, “I don’t give a f*ck because Twitter’s not a real place.”

Anyway, Cunningham upped the ante on his “electability” earlier this week by telling a crowd of seventy-five people in Greenville, S.C. that his campaign’s most recent internal polling “indicated a tie” with McMaster, according to reporter Tim Carlin of The Greenville News.

Really? Let’s consult FiveThirtyEight, shall we?

The website’s poli-geek bean counters simulated this race 100 times and Cunningham won just twice (including once by a margin of 0.1 percent).

I mean … I don’t really have to expend any energy debunking this spin, do I?

Cunningham also compared himself to triple crown winning racehorse American Pharoah at his Upstate gathering, saying the key to his success this fall would be the size of his heart.

“Our heart is a heart that beats for freedom,” Cunningham told the crowd.

Let me be clear: I want a competitive race for governor of South Carolina. In fact, my news outlet has cried out for competitive elections for years.

Maybe they need it to be tied.

Is the race tied, though? No. Is it going to be tied? No.

Don’t get me wrong: McMaster is an absolutely terrible candidate. If any GOP candidate at the statewide level were ripe for defeat, it should absolutely be him. Hell, if the “conservative” incumbent didn’t have Trump repeatedly pulling his chestnuts out of the fire with the GOP electorate (see here and here), this 75-year-old career politician would have long ago lost his own party’s nomination.

But McMaster is the GOP nominee. Which in a statewide election in South Carolina means this race is over. And was over before it started.

Again, no Democrat has won a top-of-the-ticket race in the Palmetto State this millennium. The last to do so? The late Fritz Hollings, who bested former U.S. congressman Bob Inglis in 1998 to capture his final term in the U.S. Senate. No Democrat has won a statewide election in South Carolina since 2006 – when Jim Rex defeated Karen Floyd in the race for state superintendent of education (the closest statewide election in state history).

I get that Joe Cunningham, the mainstream press and “the Twitter” don’t like that that’s true … and I frankly wish it weren’t true myself. But as a certain man-sized manicotti from Grumpier Old Men once said, “you can wish in one hand and crap in the other, and see which gets filled first.”