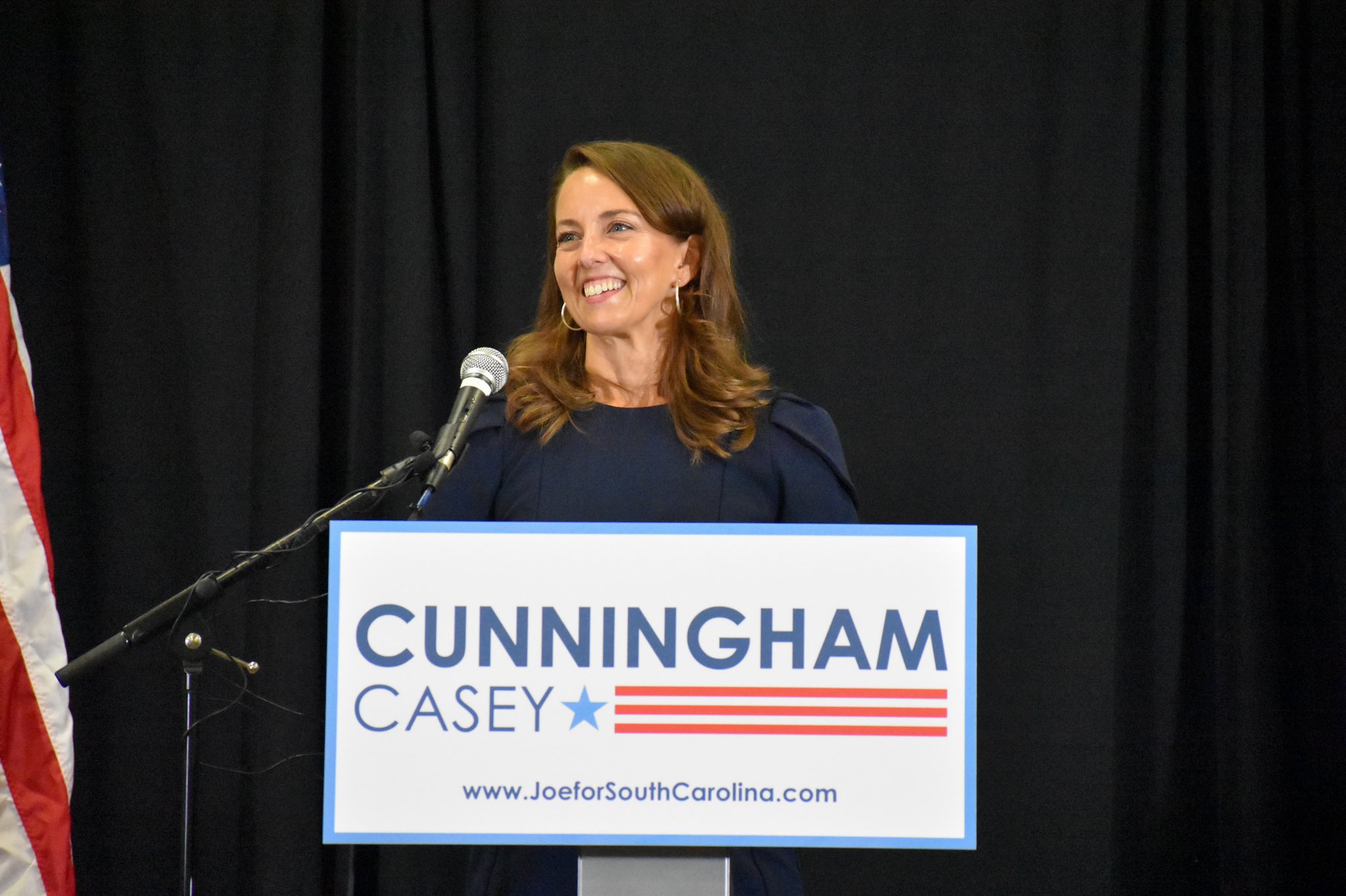 Prominent South Carolina attorney Tally Casey – who was tapped by Cunningham earlier this month for the No. 2 spot on the Democratic ticket – tried to get family court judge Vance Stricklin to seal her case, ostensibly in the interests of her children.

Casey claimed in her court filing that a “blogger” was in possession of various documents from the file – which as of this writing remains a public record kept by the Richland County family court.

Stricklin denied Casey’s request for an expedited, emergency hearing on whether to seal the file – and also denied her request to have the filed sealed in advance of such a hearing.

Casey – a former F-16 fighter pilot – filed the custody suit in question against her ex-husband, Robert Kosciusko, in 2021. Kosciusko is a physician – and also a former fighter pilot.

The acrimonious case has spawned a number of serious allegations against Casey, including allegations related to the use – and potential manufacture – of illegal drugs. There are also affair allegations which resulted in her being forced to abandon her military post.

I do not care about the affair allegations, but the drug allegations seem relevant to me – especially in light of Casey’s refusal to address them.

Meanwhile, Casey’s purported concern for the privacy of her children strikes me as highly hypocritical given the extent to which she, her current husband and Cunningham touted those children by name during a campaign rally in Greenville, S.C. on August 1.

Seriously … who knew Democrats were the party of family values?

“There’s no order sealing the record,” Kosciusko’s attorney Eric Bland told me on Wednesday. “The emergency and expedited petition was denied.”