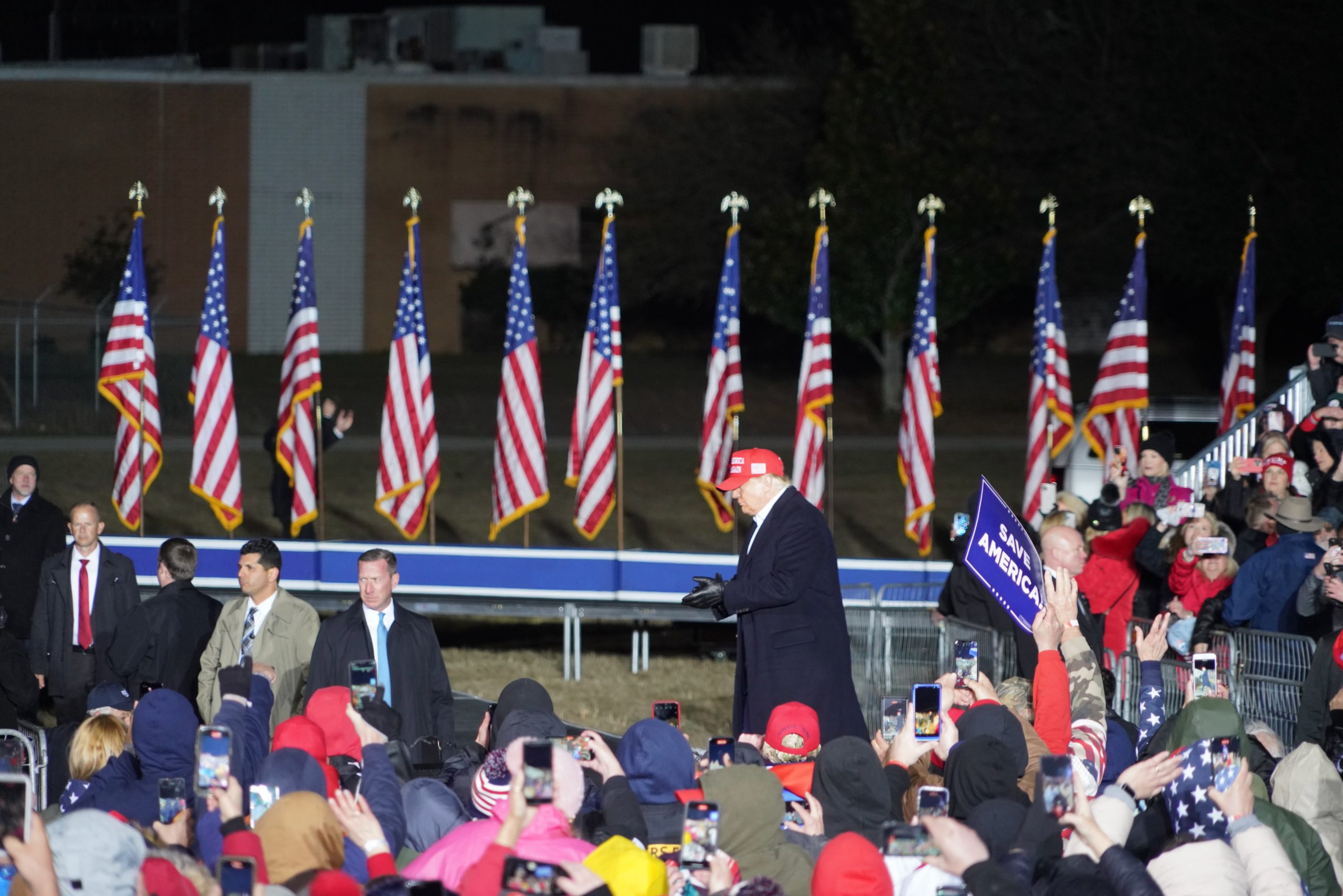 My answer, I hope, is instructive …

Seriously, you tell me the issue and I will tell you what I think of Donald Trump.

Energy independence? Foreign policy? Border security? On these issues, I think Trump was good for America (to the extent he was a consistent advocate, anyway).

Lower taxes and less spending? Ummm … no. Contrary to his campaign promises, Trump was absolutely terrible on these bread and butter issues. In fact he stayed terrible on those issues right up to the bitter end of his administration – which is one reason the pre-Covid economy failed to grow as fast as it could (should) have.

Honestly, though … we get so wrapped up in the personalities of these people. Obsessing over things they say (or things said about them) that don’t really matter. We have been conditioned to care how a certain person makes us “feel.” And to love them or hate them based on those “feelings.”

That, frankly, is ridiculous. No matter the party, ideology or individual we are talking about … that’s just ridiculous. Not to mention ignorant. And to be clear: This growing ignorance of issues – and reliance on “feelings” – is what’s fueling much of the division in this country.

“Dude, why can’t you just disagree with their policies?”

What was it Matty Healy said about feelings?

So again, you tell me the issue and I will tell you what I think about politician X, Y or Z. How do I feel about them? I don’t. Because I am an independent thinker, not a dog on a chain.

Anyway, during his address to the MAGA faithful in Florence, South Carolina on Saturday, Trump spent a great deal of time addressing the current energy crisis – which has escalated precipitously in the aftermath of the Russian invasion of Ukraine last month.

Trump specifically addressed the American response to the invasion, belittling the administration of Joe Biden for its mishandling of the crisis – but also for its broader failure to secure American energy independence.

“Without the money coming in from energy, Russia doesn’t work,” Trump said. “But to make this threat credible the U.S. would have to immediately end Biden’s ridiculous war on American energy. We were energy independent. It’s very simple: We have to get our great energy workers drilling, pumping, producing, mining and refining like never before.”


“Joe Biden is the president of the most energy-rich country on the plant yet because of his party’s climate hysteria – what they believe on the climate – Biden locked down American oil and natural gas production,” Trump continued. “And now Biden is crawling around the globe on his knees begging and pleading for mercy from Saudi Arabia, Iran and Venezuela.”

Trump is correct … although in fairness he caved on this issue during his presidency, too.

“I tell you what your great governor isn’t promoting it – he’s promoting inexpensive gasoline for your cars,” Trump said.

Last time we checked, McMaster was promoting whatever energy policy Charlotte, N.C.-based Duke Energy told him to promote – including an envisioned executive order on climate change that could wind up costing Palmetto State ratepayers more than $3 billion.

Does that sound like something the MAGA crowd in Florence would support?

But it was Trump’s insistence that McMaster was “promoting inexpensive gasoline for your cars” that was the most disingenuous (and demonstrably false) of the “atta-boys” he doled out to the governor at his MAGA rally.

For those of you in need of a refresher, McMaster opposed (ostensibly) a massive 71 percent gas tax hike that passed the legislature in 2017 – but as regular readers of this news outlet will recall, his opposition was purely for show.

“A charade,” I called it at the time.

I wasn’t the only one who called McMaster out for his duplicity, either. Senator Tom Davis – who led the legislative opposition to the tax hike – slammed McMaster for issuing a “drive-by veto” of the gas tax hike. And for failing to support fiscal conservatives in their efforts to uphold his veto.

“I’ve yet to hear of even one instance where he met with a legislator to try and garner support for having his veto sustained – (and) he did not provide those of us willing to fight for taxpayers with the chance to do so in his absence,” Davis said at the time. “He simply ‘checked the box’ by vetoing the bill as quickly as possible and returning it to the General Assembly for an equally quick override, even though I and other reform-minded legislators asked him to delay issuing his veto so that we had a full two weeks to rally support for it being sustained.”

“I still believe today there was a chance to pick up the extra three votes in the Senate needed to sustain that veto,” Davis added.

As one liberal mainstream media columnist noted at the time, McMaster deserved credit for not going to the mattresses against the gas tax hike.

“He could have made it a lot harder to override his veto,” the columnist wrote.

That’s an understatement. Had McMaster showed so much as an ounce of leadership – or been willing to spend even the smallest amount of political capital in support of his veto – this gas tax hike never would have become law.

McMaster could have stopped the gas tax hike dead in its tracks – but instead, he chose to play politics. Not only that, several months after the tax hike passed, the governor hired the head of the group which lobbied for its passage as his new political director.

Like I said from the beginning, people … the fix was in.

Thanks to McMaster’s lack of leadership, this regressive tax hike has hit disproportionately low-income South Carolinians particularly hard in their wallets (especially now). It has also utterly failed to achieve its stated objective of “fixing our roads.”

Such high-cost, results-challenged outcomes are sadly par for the course in the Palmetto State, which in addition to its fiscally liberal governor has the “most liberal” GOP-controlled legislature in America (two years running).

Stay tuned for much more on this. On multiple occasions during his Florence speech, Trump was beyond effusive in his praise of South Carolina’s governor – a man whose bacon he saved back in 2018 when the career politician was nearly beaten by Upstate businessman John Warren.

This is just the first in a series of reports exposing the vapidity of that relationship … which has its origins in McMaster’s opportunistic endorsement of Trump back in January of 2016.