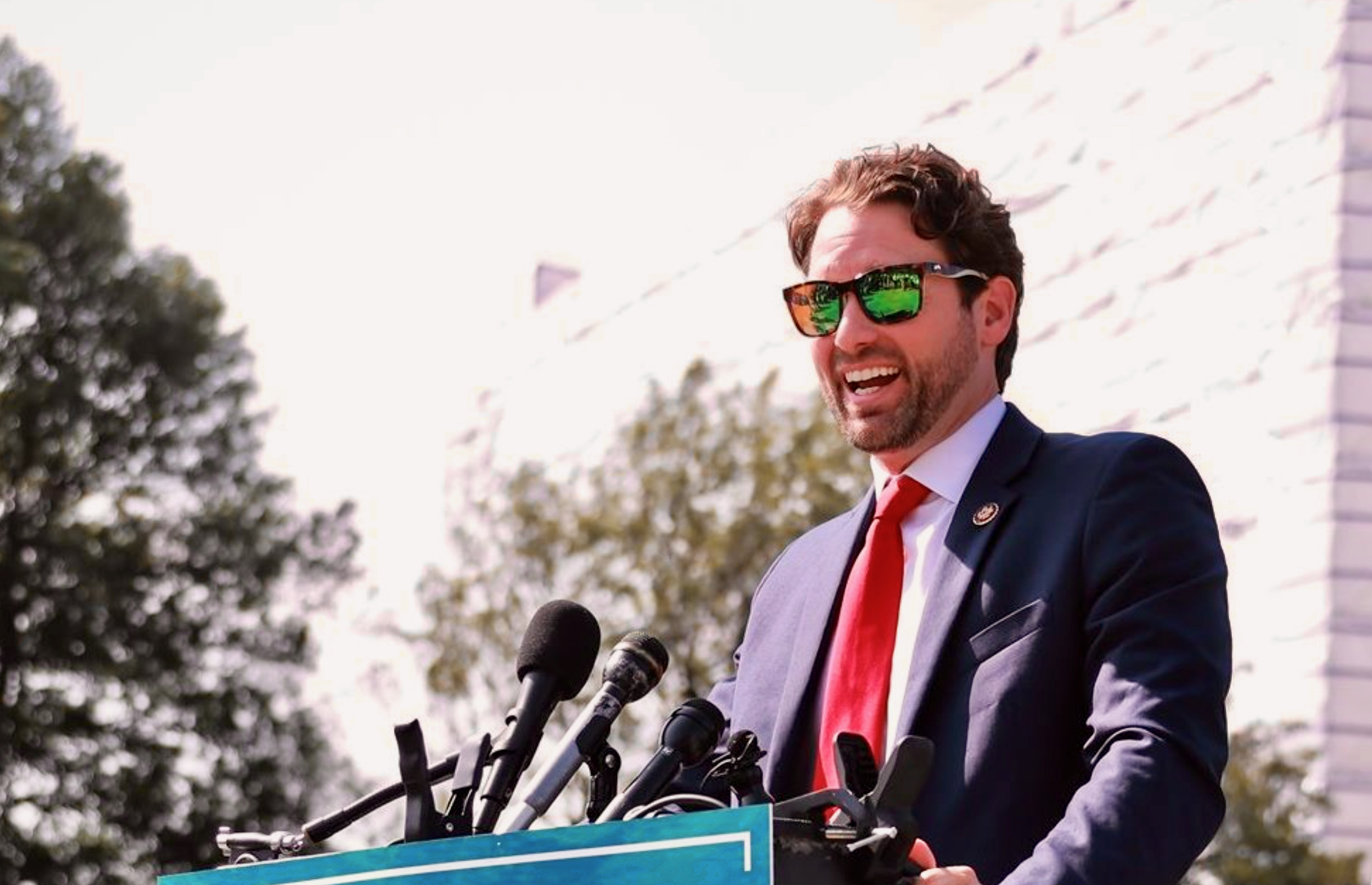 Cunningham, 39, is best known for spending two years in the U.S. congress from 2019-2021 representing the Palmetto State’s first district. He won a razor-thin election in 2018, but was defeated in a similarly close race last fall by Nancy Mace.

A former “ocean engineer” (and lobbyist) from Kentucky, Cunningham is one of two candidates currently vying for the Democratic gubernatorial election, which in recent decades has been a one-way ticket to getting thrashed in a general election.

While “Republicans” in South Carolina may not govern conservatively, they maintain absolute dominion over the state’s conservative-heavy electorate. Why? Because Democrats – who as recently as 1987 enjoyed the same dominion over state government – have been utterly waylaid by the increasingly leftward lurching of their national party.

The result? Local and statewide elections have become nationalized …

South Carolina Democrats have compounded this problem by failing to provide any sort of credible alternative to their free-spending GOP “rivals.” Also, they have failed to segment and suppress the GOP electorate by exploiting any number of widening fissures within the “Republican” monolith.

Seriously … the GOP is coming apart at the seams right now. Yet South Carolina Democrats have no plan in place to peel off disaffected chunks of this crumbling voting bloc.

In fact, given the aforementioned “leftward lurch” of the national party, even liberal “Republicans” wind up drawing conservative support during election years.

All of this leads us to the 2022 election cycle … which is shaping up to be yet another GOP rout.

Cunningham backers maintain he has the potential to pull off another upset. After all, he defied conventional wisdom with his 2018 win … who is to say he can’t do it again?

Well, me … for starters.

First and foremost, the electorate in and around Charleston, S.C. from three years ago is likely to bear little resemblance to the statewide electorate come next November. Seriously, these are two totally different animals. Democrats’ ability to pick off a “swing” district in what wound up being a down year for “Republicans” nationally is not the same thing as winning a statewide race – especially in a national election cycle likely to favor the GOP.

And these national trends will be on steroids in South Carolina, which tacked even further to the right last fall in a nationalized election …

Democrats have not won a statewide election in the Palmetto State since 2006 (15 years). They have not won a governor’s race or a U.S. Senate race since 1998 (23 years). All eight statewide elected offices are currently occupied by GOP politicians, as are six of seven congressional districts. “Republicans” also stormed to near-supermajorities in both chambers of the S.C. General Assembly last fall, for whatever that has been worth.

(Not much, sadly, if you are a South Carolina taxpayer …)

Cunningham thinks he can undo all that history just by shaking his tail feathers a little bit? Please … as bad a governor as Henry McMaster has been, he is not going to go down that easily.

Earlier this week, assistant opinion editor Ian Grenier of The Daily Gamecock – the student newspaper at The University of South Carolina – posted a column following a recent campus appearance by Cunningham. Grenier pulled no punches in his assessment of the candidate’s chances next fall.

“The USC students and staff who attended Joe Cunningham’s event in Russell House last Wednesday had something in common with the former congressman: They won’t be the next governor of South Carolina,” Grenier noted. “Cunningham has no reasonable path to victory in a statewide race against an incumbent Republican.”

Necessarily … or at all.

Also, as I noted in my post yesterday Cunningham is still a long way from becoming his party’s nominee for governor in 2022. He is facing an eminently credible challenge in next June’s primary election from second-term state senator Mia McLeod.

(Via: Mia McLeod for Governor)

McLeod (above) is viewed by many Democrats as a much bolder, more aggressive choice than Cunningham – not to mention a battle-tested candidate who is not afraid to take the fight to the GOP. The 53-year-old native of Bennettsville, S.C. is fresh off of a convincing win in an erstwhile swing Senate district (despite being targeted for defeat by GOP special interests).

McLeod is also black – which gives her something in common with an estimated 60 percent of the Democratic electorate in South Carolina. She is also running at a time when there is a growing sense within the party that it needs to nominate a black candidate for governor in 2022.

Or at least have a black candidate on the ticket …

“You have to go all the way back to 1990 to find the last black Democratic gubernatorial nominee, and McLeod could easily capitalize on building resentment within the black community over this ongoing marginalization,” I noted yesterday.

So yeah … Cunningham backers who think the nomination is “his to lose” could be in for a rude awakening.

I also noted McLeod was well-positioned to capitalize on frustrations expressed by many “progressive” South Carolina voters who view the ostensibly “moderate” Cunningham as little more than “McMaster Light.”

Grenier hit on that theme as well, referring to Cunningham as “an uninspiring centrist policy-wise.”

“If any of these Democrats want to run a respectable campaign against McMaster, they need to drop the centrist charade and run a no-holds-barred campaign fueled by concrete and radical ideas,” he concluded. “They’d probably still lose, but at least it’d be fun.”

Obviously, that is not the sort of campaign Cunningham intends to run. His plan, at the moment, appears to consist entirely of shaking his rump for suburban moms while waxing frat-tastic platitudes on college campuses.

The problem? Even the college kids appear sufficiently perspicacious so as to avoid buying what he’s selling …

Bottom line? If Cunningham runs to the middle, he loses. If he veers hard left, he loses even harder. And again, all of this assumes he can even win the nomination in the first place.