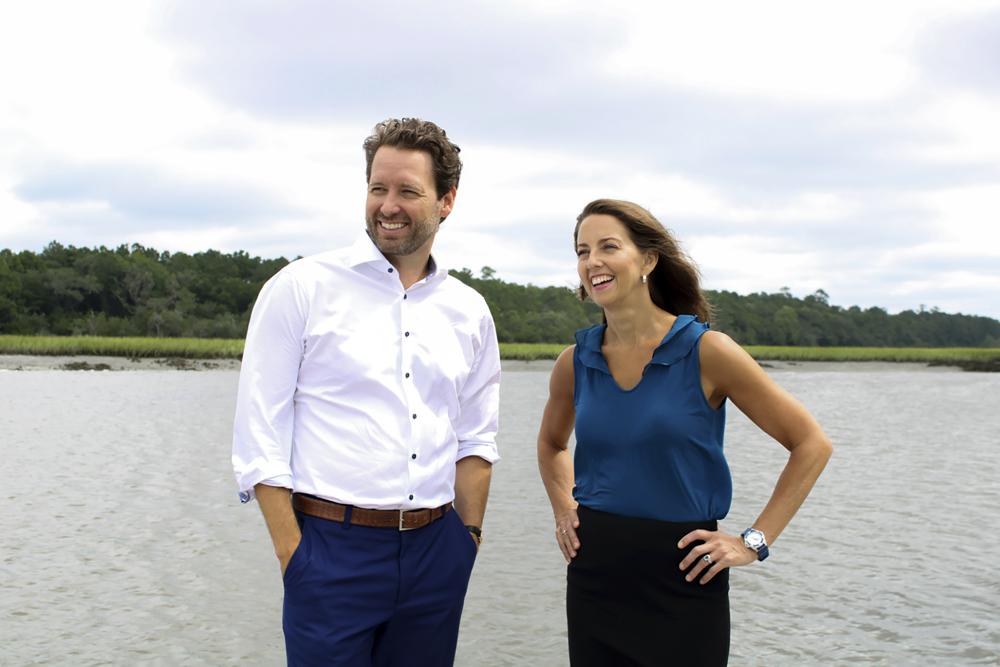 As questions swirl about allegations raised in the context of her contentious custody battle, former fighter pilot and prominent South Carolina attorney Tally Casey has nonetheless been tapped as the lieutenant gubernatorial nominee of former U.S. congressman Joe Cunningham.

The Democratic gubernatorial nominee will formally introduce Casey as his running mate at a press event in her hometown of Greenville, S.C. on Monday afternoon.

News of Casey’s selection was first reported by Meg Kinnard of The Associated Press.

“She’s one of the most impressive people that I’ve ever met,” Cunningham told Kinnard, referring to the former F-16 pilot and managing partner of a prominent law firm with offices in Columbia, Greenville and Spartanburg.

“Tally is a trailblazer who has courageously fought for our freedoms abroad; now I have asked her to help me fight for our freedoms here at home,” Cunningham added in a follow-up tweet. “I am so excited to have her on this ticket and I can’t wait for the voters of South Carolina to meet their next lieutenant governor!”

While impressive on paper, the selection of Casey was panned considering Cunningham had been expected to choose a black running mate – an undertaking which appears to have failed not once but twice.

Sixty percent of Democratic primary voters are black, yet white gubernatorial nominees have now passed over qualified black candidates in each of the last two election cycles (the first two races in which candidates for governor have been constitutionally permitted to choose their running mates).

The pressure on Cunningham to diversify his ticket only intensified after an acrimonious primary campaign in which the Palmetto State’s Democratic establishment engaged in a racially motivated voter suppression campaign to lift him past state senator Mia McLeod.

“I mean – who are our voters?” one exasperated Democratic donor told me Monday morning, referring to the selection of Casey as “not the right call.”

The donor also noted that the Cunningham campaign did not consult them on the selection – which is surprising considering the amount of money this person has given to (and bundled for) Democratic candidates over the past quarter century.

No Democrat has won a top-of-the-ticket race in the Palmetto State this millennium. The last person to do so? The late Fritz Hollings, who bested former U.S. congressman Bob Inglis in 1998 to capture his final term in the U.S. Senate. No Democrat has won a statewide election in South Carolina since 2006 – when Jim Rex defeated Karen Floyd in the race for state superintendent of education.

Rex has since left the Democratic party.

This news outlet will be traveling to Greenville, S.C. this afternoon to cover Cunningham’s announcement. We do not plan on interrupting his press conference – or posing any interrogatories related to Casey’s contentious custody case during any planned question-and-answer session.

Similarly, this news outlet does not conduct “ambush interviews,” although we intend to request time with Cunningham and Casey after the event to raise our questions.

As I noted in an expansive piece on Casey published late Friday, the newly minted lieutenant gubernatorial nominee “has been accused of all manner of impropriety (including some potentially criminal conduct)” in connection with her custody fight with her former husband, Robert Kosciusko.

Kosciusko is a physician – and a former fighter pilot.

I can now report that one of the allegations made against Casey in this case involves the use – and potential manufacture – of illegal drugs. There are also affair allegations which resulted in her being forced to abandon her military post.


Obviously, I don’t care about the affair allegations. It takes a special kind of stupid sort of politician to get me to write on those. Furthermore, my news outlet has historically adopted a distinctly libertarian policy as it relates to the use of drugs (both medically and recreationally). In fact, this is one of the key issues of Cunningham’s campaign.

Still, the files I have obtained related to Casey’s custody battle would certainly appear to present bigger problems for this brand new statewide ticket – problems extending far beyond the perception problem associated with yet another lily-white duo representing a majority minority party.

Does it ultimately matter who Democrats run in South Carolina? No … because Cunningham never had a path to victory here in the first place.

But there are other machinations at work, I believe … long-game strategies tied to Cunningham’s real political objective.

Anyway, stay tuned for much more on this story as Cunningham rolls out his nominee in Greenville later today …