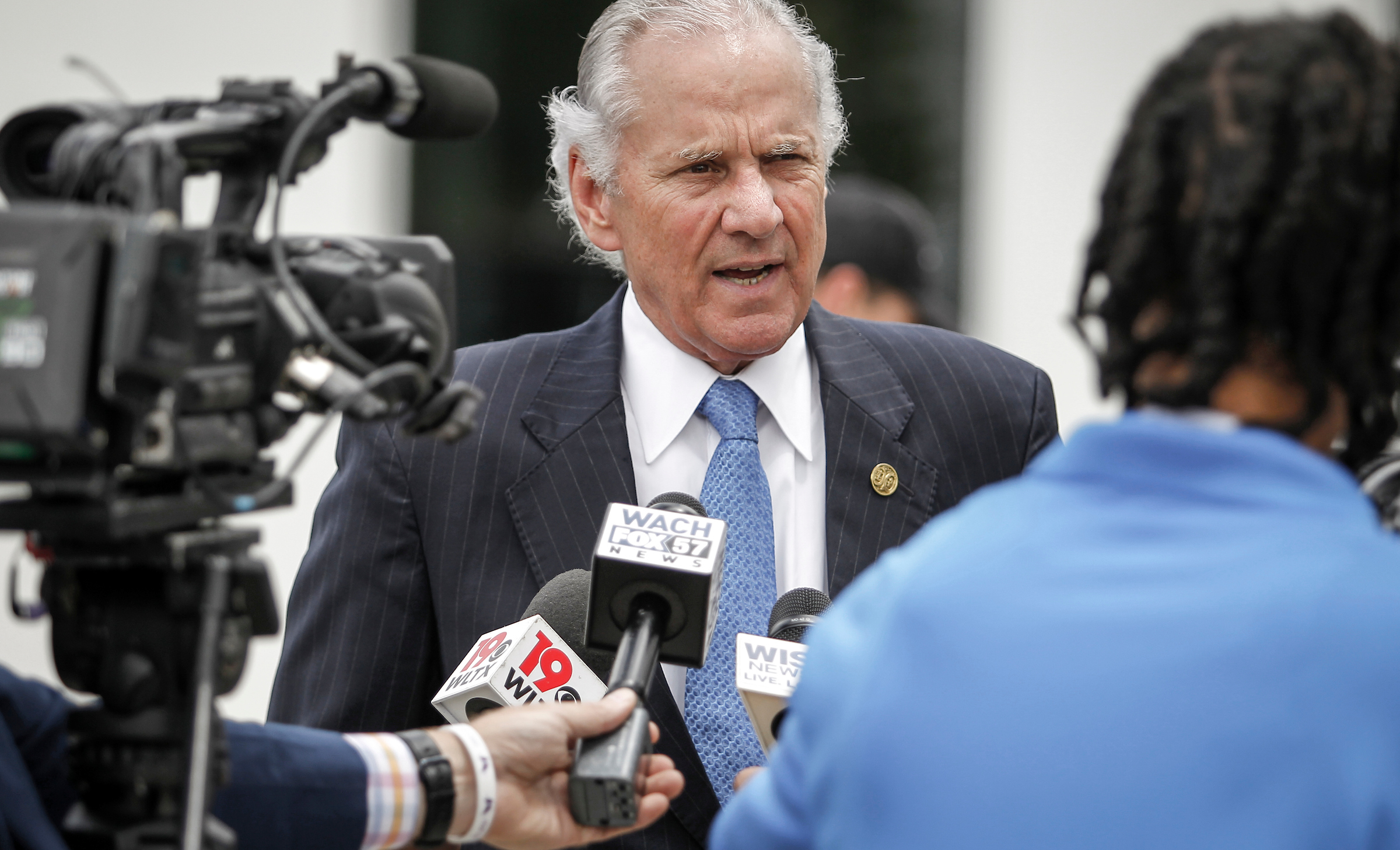 On the same day a poll was released showing “Republican” Henry McMaster with an eight-point lead over his Democratic rival in the South Carolina governor’s race, the GOP incumbent … went on the attack?

Hold up a moment … isn’t the candidate trailing in the polls supposed to be the one attacking?

That’s what I thought.

Nonetheless, McMaster launched his first ad of the 2022 campaign … an attack ad going after Democratic gubernatorial nominee Joe Cunningham for being a “frat boy.”

“Joe loves weed – and voted against the police,” the ad continued, taking a shot at Cunningham’s support for the legalization of marijuana.

That’s a curious line of attack considering Cunningham’s stance on recreational pot was what pushed McMaster into flip-flopping and (belatedly) embracing the decriminalization of medical marijuana.

So … does that mean the incumbent “loves weed,” too?

Anyway, here is the spot …

(Via: McMaster for Governor)

Eventually, McMaster’s ad veered into some semblance of substance, accusing Cunningham of voting with U.S. House speaker Nancy Pelosi 88 percent of the time during his single term as a member of the U.S. Congress from 2019-2021.

Beyond that, though, it was just silly.

Seriously … who focus-grouped this spot?

What, exactly, does McMaster think this advertisement will do to widen his advantage over Cunningham come November?

While McMaster was encouraging voters to “say NO to Frat Boy Joe,” one video producer and long-time South Carolinian took umbrage with the spot – and flipped the script on the GOP incumbent.

Tyler Matthews – who recently relocated to Atlanta – pushed out a clip reminding voters McMaster was not only a frat boy himself, but the former president of the Robert E. Lee-inspired Kappa Alpha (KA) order at the University of South Carolina.

“It’s hypocritical for the governor to make an attack ad throwing the frat boy accusation at Joe while McMaster himself is a proud Kappa Alpha for life,” Matthews told me.

The image of McMaster and his fellow Kappa Alphas partying in front of the Confederate Flag is nothing new to longtime readers of our news outlet. This same South Carolina yearbook picture was included in an article published by this news outlet in 2019 – one which explored McMaster’s “Old South” roots in the aftermath of the notorious Virginia blackface scandals.

Under the leadership of McMaster, the KA fraternity held an annual “Old South Ball” in which members dressed up in Confederate officers’ uniforms – an homage South Carolina politicians were still engaging in as recently as 2010.

“All dressed up as Confederate officers,” a former attendee at the 1969 Old South ball told us.  “Some black faces.  Girls in antebellum gowns.  Wasn’t that long ago they stopped it.”

McMaster’s status as a son of the “Old South” dates back decades.  And I’m not just referring to the fact that, up until 2017, he used veteran South Carolina political strategist Richard Quinn – whose neo-Confederate leanings are widely known – as his chief advisor.

Hmmm … sounds like McMaster might soon find himself on the receiving end of a “frat-tastic” attack ad. Perhaps one with a Confederate twist?

I recently ripped McMaster as a “frat boy/ handshaker” – an empty suit rocking a multi-pointed 1990s pocket square like some mouth-breathing extra from Pappy O’Daniel’s entourage in the 2000 Coen Brothers ‘O Brother Where Art Thou?’

In addition to a healthy lead in the polls, McMaster has a huge advantage in the fundraising battle … meaning he can push out many more messages to voters than his Democratic challenger. Positive messages, negative messages … you name it.

Also, no matter how much money is thrown into this race the prevailing partisan lean of the Palmetto State is not going to change in 2022. Cunningham was already in a hopeless electoral position – and that was before he alienated black voters during a contentious Democratic primary (and then re-alienated them by choosing a white running mate for the general election with some serious skeletons in her closet).

Oh, Cunningham has also succeeded in pissing off older voters with one of his campaign slogans: “End The Geriatric Oligarchy.”


As I have often pointed out, no Democrat has won a top-of-the-ticket race in the Palmetto State this millennium. The last person to do so? The late Fritz Hollings, who bested former U.S. congressman Bob Inglis in 1998 to capture his final term in the U.S. Senate. No Democrat has won a statewide election in South Carolina since 2006 – when Jim Rex defeated Karen Floyd in the race for state superintendent of education.

Cunningham isn’t going to break that trend, but as I noted in my review of the recently released polling from the Atlanta, Georgia-based Trafalgar Group, McMaster’s eight-point cushion was “actually a narrower margin than I expected.”

And the governor’s substance-free, hypocritical attack ad seems unlikely to move that needle one way or the other …