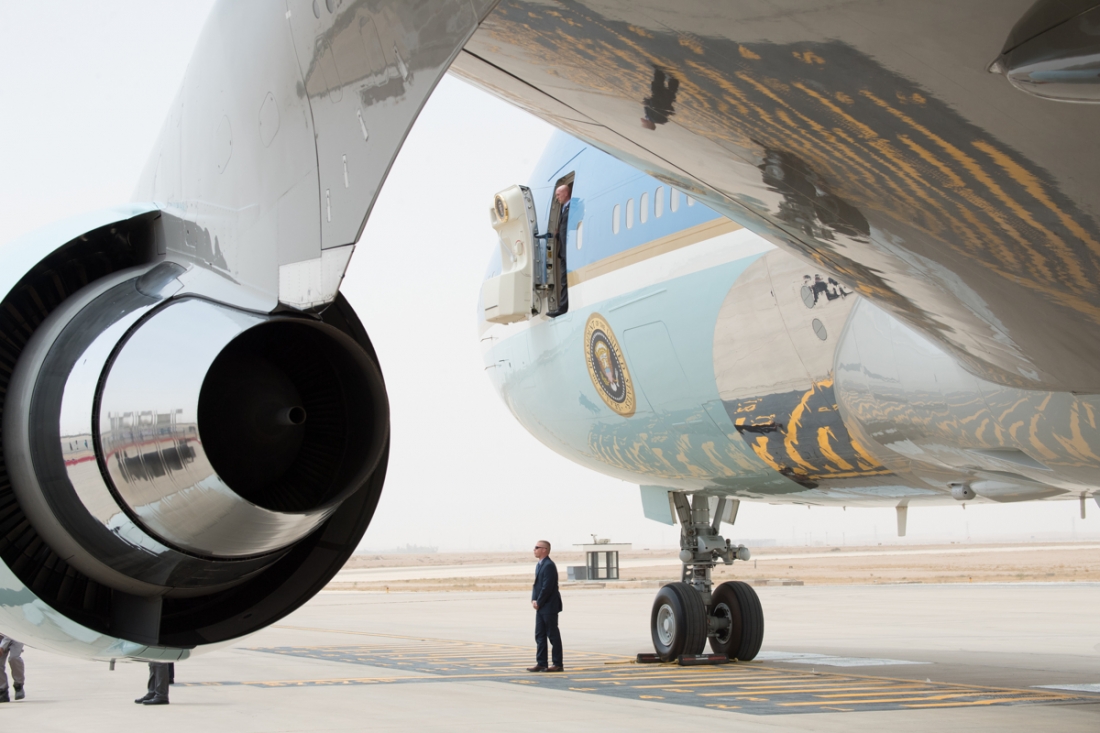 That much became abundantly clear during Trump’s meandering, stream-of-consciousness remarks to a crowd of McMaster supporters at Airport High School – a speech which barely referenced the 71-year-old governor.

The forty-fifth president – delayed for an hour by inclement weather – spoke for nearly an hour on a wide range of subjects.  He touted his record on immigration, the economy and his historic summit in Singapore with North Korean dictator Kim Jong-un.

“Sometimes you have to toot your own horn because nobody else is going to do it,” Trump said.

Trump also blasted #FakeNews, #FakePolls and liberal congresswoman Maxine Waters, who has drawn condemnation from the right over her recent comments urging “push back” against members of Trump’s cabinet.

When he did get around to discussing McMaster, it was in the context of encouraging voters to send a message to the liberal media – a narrative he hit on repeatedly during his remarks.

“We have a lot of fake news back there,” Trump said, gesturing to the media in attendance at the event. “And you know, that if a horrible thing happened and we weren’t lucky enough to have Henry win, you know they’ll say … Donald Trump suffered a major, major defeat in the great state of South Carolina.  It was a humiliating defeat for Donald Trump.  So please get your asses out tomorrow and vote!”

Here, in its entirety, is Trump’s speech …

Polls show McMaster leading Upstate businessman John Warren by a healthy margin – although Warren told a crowd in Daniel Island, S.C. on Monday that his internal polling had him up by four percentage points over the scandal-scarred incumbent.

The final pre-election poll from Atlanta, Georgia-based strategist Robert Cahaly – a McMaster supporter who has been sparring with Warren – puts McMaster at 53.7 percent and Warren at 46.3 percent.

The last poll from the senior strategist with The Trafalgar Group had McMaster up by sixteen points.

Cahaly has been the gold standard in recent Palmetto State elections, including the GOP primary election two weeks ago that saw McMaster finish with just over 42 percent of the vote compared to Warren’s 28 percent.

Will he hit the mark again?  We shall see …