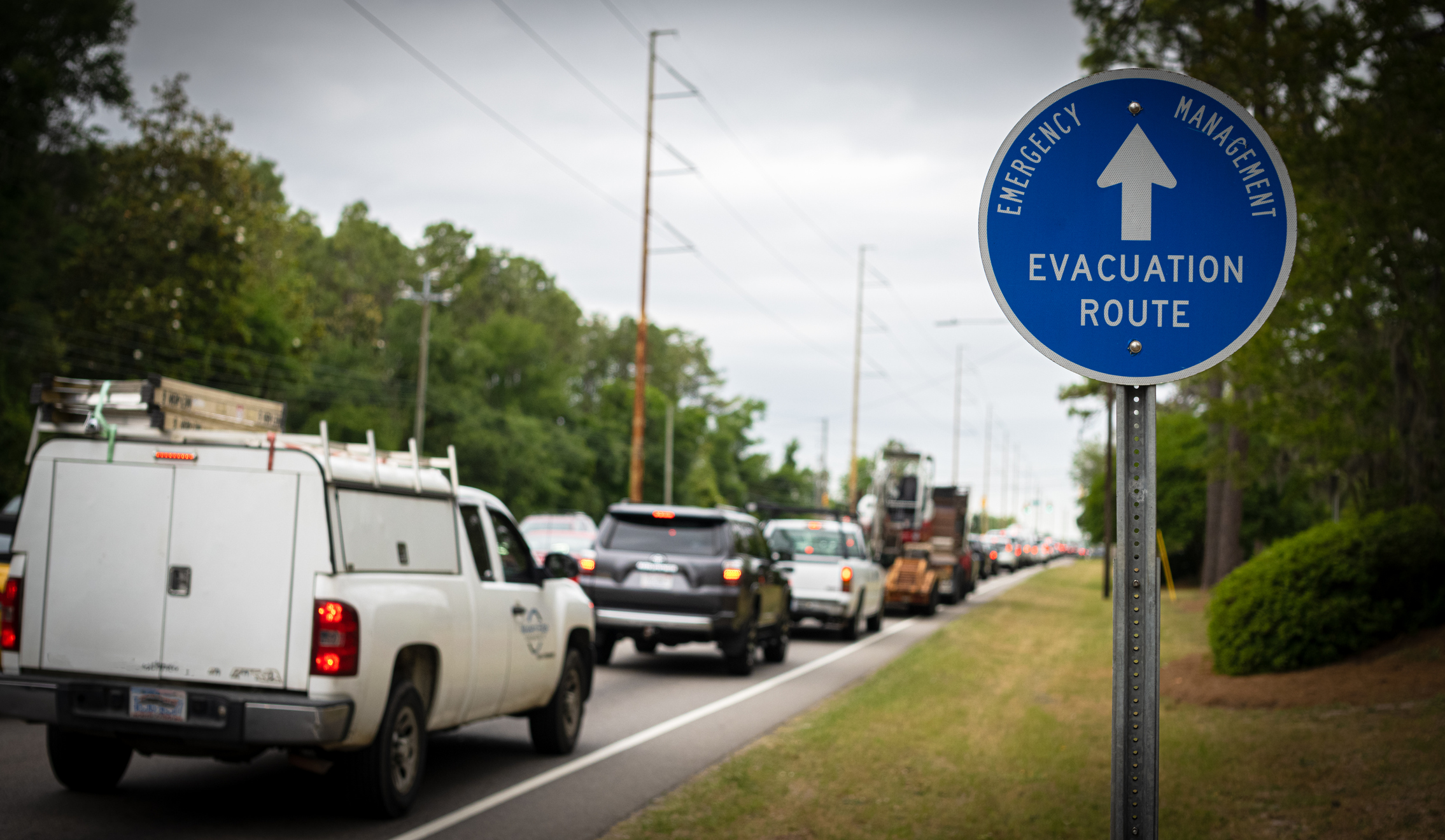 After pummeling Florida as a powerful category four storm earlier this week, a weakened – but still dangerous – Hurricane Ian enveloped South Carolina on Friday, bringing flooding, torrential rain and hurricane-force winds up and down the coast of the Palmetto State.

As of 8:00 a.m. EDT on Friday morning, Ian was a strong category one storm packing maximum sustained winds of 85 miles per hour. It was located approximately 105 miles south-southeast of historic Charleston, S.C. – and was moving north at approximately nine miles per hour, according to the National Hurricane Center (NHC) in Miami, Florida.

Forecast models currently project Ian to make its second U.S. landfall sometime Friday afternoon between Charleston and Georgetown, South Carolina – bringing with it a storm surge of anywhere between four to seven feet.

For more information on how you can be prepared for the arrival of this storm, visit Hurricane.SC – a website maintained by the S.C. Emergency Management Division (SCEMD).

Here is the latest storm track …

Ian was downgraded to a tropical storm as it trudged across the Florida peninsula on Wednesday and early Thursday, but regained hurricane status not long after emerging off the coast of Daytona Beach on Thursday afternoon.

The storm killed at least four people in Florida, did significant property damage and has left approximately 2.67 million people without power, according to reporter Terry Spencer of The Associated Press.

That didn’t stop South Carolina’s largest mainstream media outlet – The (Charleston, S.C.) Post and Courier – from citing Ian’s “quick intensification,” claiming in its coverage that the storm’s strengthening in the gulf stream was “another hallmark of a rapidly warming world.”

Let’s try and focus on the storm and the immediate safety of the people of South Carolina, shall we?

Can the climate change propagandizing not wait until tomorrow? Or at least until landfall?

If not, then in preparation for that conversation perhaps we should talk about how forecasters projected 2022 would be another tremendously busy season in the Atlantic (here and here) due to the ostensibly warming earth.

In fact, one of the reasons they didn’t hold is that there has been no El Niño activity (or warming of the waters in the earth’s largest ocean). In fact, the anticipated transition from La Niña conditions never happened.

El Niño refers to the periodic warming of the central and eastern equatorial regions of the Pacific Ocean – while La Niña refers to the cooling of the Pacific that takes place in its aftermath. During El Niño years, hurricanes are less likely to form in the Atlantic due to increased wind shear. During La Niña, the potential for hurricane formation and rapid intensification is much stronger.


Despite this, there was no tropical cyclone formation in the Atlantic basin during the month of August – the first time that has happened since 1997.

For those of you keeping score at home, South Carolina has seen a total of 24 hurricane landfalls since 1893 – the most recent being Hurricane Matthew in 2016 and the most infamous being Hurricane Hugo in 1989 (the state’s last direct hit from a major system).

The Palmetto State was nearly hit in 2020 by Hurricane Isaias (or, as governor Henry McMaster called it, Hurricane “Icy Isis”).

UPDATE: As this story went to press, the Federal Emergency Management Agency (FEMA) issued a press release announcing that “federal emergency aid has been made available to the state of South Carolina to supplement the state, tribal and local response efforts due to emergency conditions resulting from Hurricane Ian beginning on Sept. 25 and continuing.”

Here is that FEMA statement in its entirety …