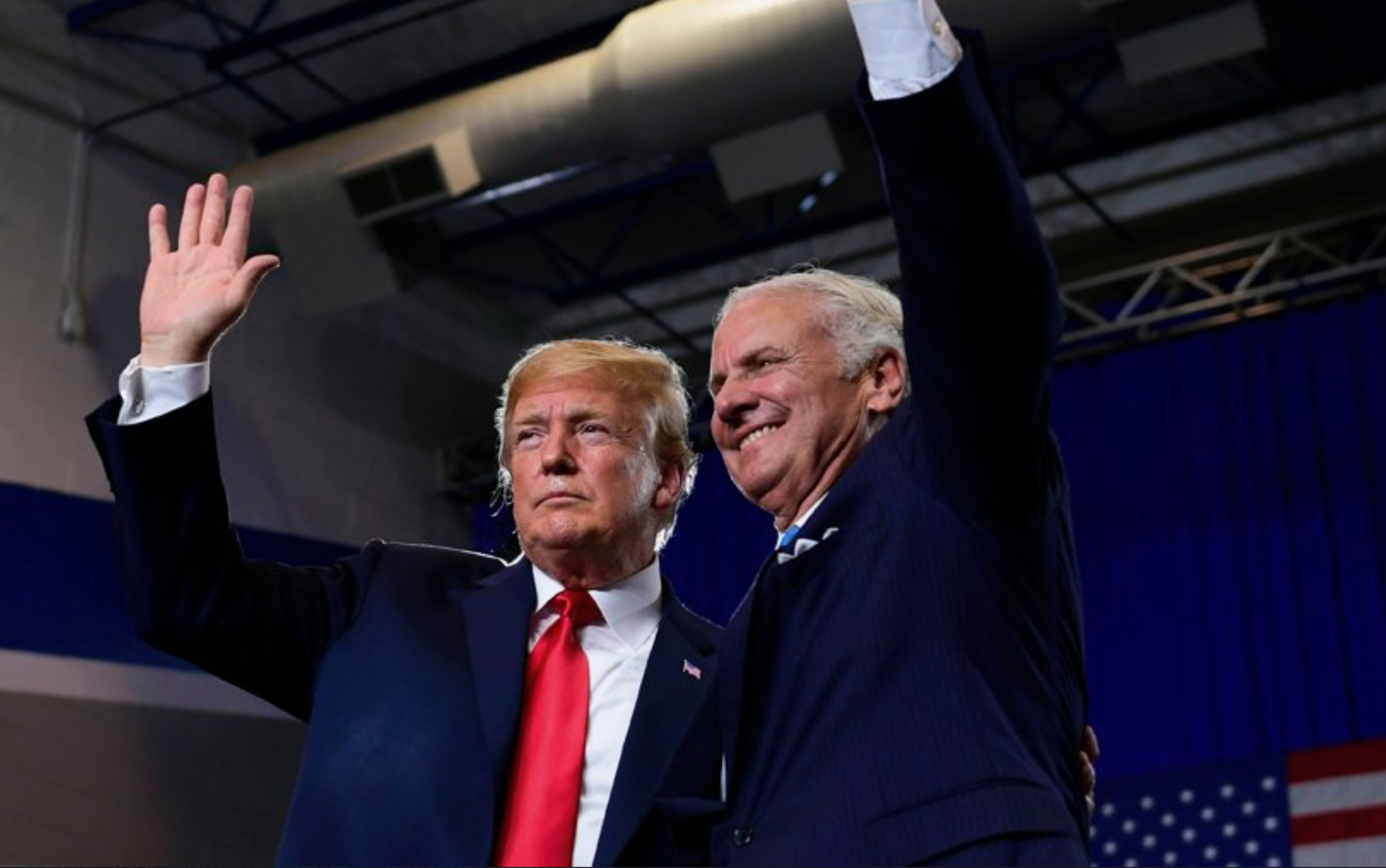 One of the stories that caught my eye last week as I began bouncing back from a case of Covid-19 was the super-early endorsement of South Carolina governor Henry McMaster in the 2022 SCGOP gubernatorial primary by former U.S. president Donald Trump.

McMaster, 73, was touted by Trump has having been a “great governor” for the Palmetto State.

“He is strong on the military, our vets, crime and the Second Amendment,” Trump wrote. “He has also been a fabulous chief executive for his state.”

Last time I checked, the numbers did not bear that out …

It’s no wonder, either. The Palmetto State’s current economic situation is a mess – and McMaster has championed nothing of substance to try and turn things around (in fact he has embraced the same failed policies that held the state back heading into the pandemic). Same goes for his policies vis-à-vis the worst government-run school system in the United States – which McMaster has repeatedly sought to mollify with more taxpayer money.

I’m curious: Where in the pantheon of Trump’s populism does it say that individual taxpayers and small businesses should continue subsidizing the rising costs of corporate welfare?

Or a failed, top-down education system that offers children and parents no real choice?


Certainly, some in the school choice community believe McMaster is a supporter of this movement but once again … the numbers do not bear that out.

With the notable exception of his advocacy on behalf of the sale of state-owned power provider Santee Cooper, McMaster’s governorship has been the dictionary definition of “status quo” on every front – which is sadly about what was expected when he was gifted the office by Trump back in January 2017.

McMaster’s anemic leadership has been brought to the fore by Covid-19. His consistently uneven handling of the pandemic has politically neutered him (attracting well-earned criticism from the left and the right).

Most damning? His administration’s botched response to the rollout of coronavirus vaccines – which was due in no small part to Trump’s “Operation Warp Speed” putting the Palmetto State at the caboose of the train.

McMaster sought to apportion blame for the vaccine debacle on the state’s hospitals – which were dealing with the brunt of the pandemic’s winter spike at the time. The problem? Given the emergency authority McMaster has repeatedly appropriated unto himself since last March – not to mention his direct accountability over the agency in charge of the state’s response to the virus – he had (and has) no one to blame but himself.

Well, aside from his “warp speed” buddy in Washington, D.C.

In spite of all this, the fundamental question I must ask as a Palmetto political analyst is this: Does Trump’s endorsement of McMaster help?

And the answer is … absolutely.

With the extension of his (platitudinal) imprimatur, Trump has lifted McMaster up off of the mat at a pivotal moment in his political career – reestablishing him as a credible contender in a race many believed the aging incumbent might not even undertake.

In fact, that is the real value of the Trump endorsement – it puts to bed rumors that McMaster was contemplating not running again in 2022.

In other words, both the endorsement and its timing are significant (and significantly advantageous for McMaster).

But … why would Trump do it? What, exactly, is he getting out of this?

Certainly, I understand why the former president saw fit to reward his party stooge Drew McKissick last month. In that case, there was a clear “quo” for a measurable “quid.”

But what value has McMaster brought to Trump? And what possible value does he offer moving forward?


From the beginning of their political relationship, the governor has been a “taker” – relying on Trump to bail him out over and over again.

After installing McMaster in office four years ago – and then pulling the governor’s chestnuts out of the fire in a competitive GOP primary in 2018 – the former president has once again come to rescue of the guffawing, glad-handing politician.

That’s a question people have been asking for years as McMaster’s eleventh hour “First in the South” endorsement of Trump back in 2016 did little-to-nothing to move the needle in a race Trump had already locked up at the time.

Sure, McMaster was the first “GOP establishment” politician in the Palmetto State to support Trump … but beyond that his endorsement was a non-factor. It was a nifty narrative that lasted for precisely one news cycle … yet it has continued to pay beaucoup benefits for the thick-drawled Columbia, S.C. politician over the past five years.

Deserved or not … McMaster’s 2022 campaign is officially back from the dead. What remains to be seen, though, is how many times Trump will have to break out the defibrillators between now and June 2022.

‘Everything Is Racial’ In Heated University Of South Carolina Trustee Race