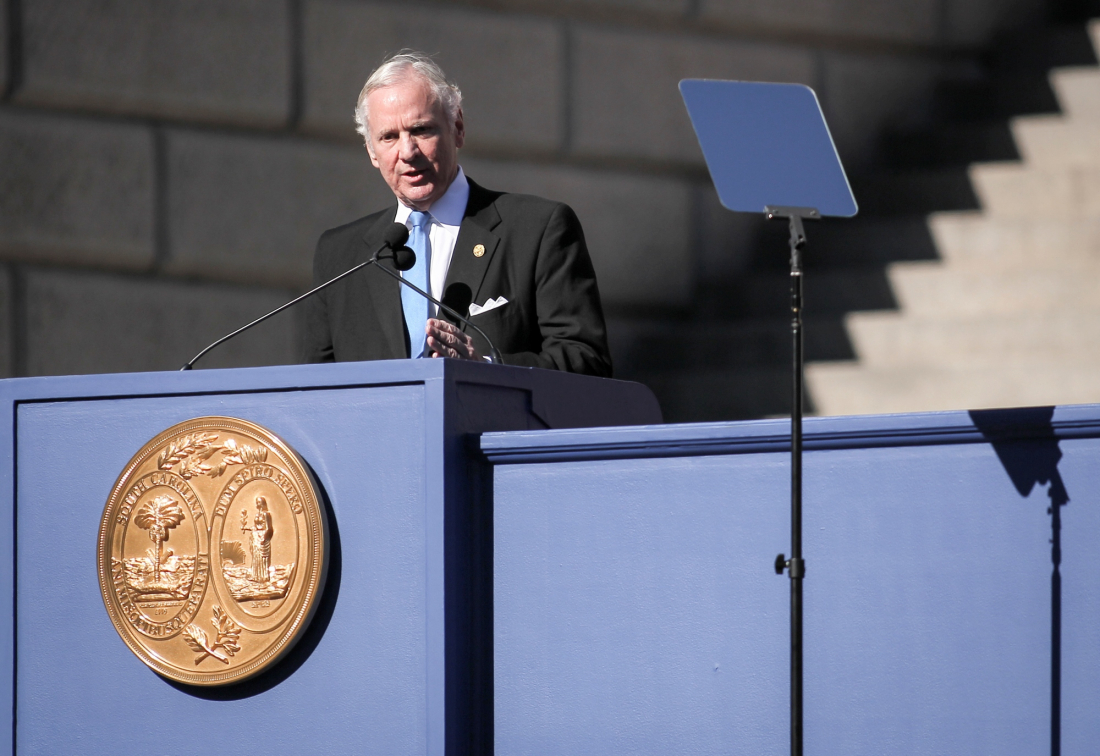 That sound you hear?  Clicks …

Anything in the vicinity of what initiated the scandal currently engulfing Virginia governor Ralph Northam – whose 1984 medical school yearbook featured an image of an unidentified man dressed in blackface standing next to another unidentified individual dressed in a Ku Klux Klan uniform.

Northam, a pediatric neurologist, was elected to the Virginia Senate in 2007.  After that, he was elected lieutenant governor of the state in 2013 and governor in 2017.  A Democrat, he has consistently touted his support for diversity – and even gone so far as to slam his Republican opponents on race-related issues.

Which begs the question: How on earth did everyone miss this?

Northam originally apologized for appearing in the photo, but he has since reversed course and claimed he is not one of the two men depicted therein.  He has also vowed to finish his term in office despite a cascade of calls for his resignation from Democrats and Republicans in Virginia (and across the nation).

As Northam’s future hangs in the balance, his scandal is opening the door to further scrutiny of many other “Old South” politicians – including South Carolina’s 71-year-old Republican governor, Henry McMaster.

McMaster’s association with multiple “whites only” organizations is obviously no secret.  Upon inheriting the South Carolina governor’s office from Nikki Haley in January of 2017, he steadfastly refused to withdraw his membership in the Forest Lake Club (which until recently did not allow black members).

Prior to that, McMaster declined to withdraw his membership from the club when he was challenged by former state representative (and current CNN commentator) Bakari Sellers during the 2014 lieutenant gubernatorial election in South Carolina.

“I’m asking Henry McMaster to join me in standing up against those old ghosts and for a new South Carolina and for all future generations by permanently resigning his membership to the Forest Lake Country Club, which in 2014 continues to accept no African-American members,” Sellers said at the time.

Several Republican lawmakers later joined Sellers in asking McMaster to leave the club – to which he and his wife have belonged since the 1970s.

The career politician refused – on the grounds that the club was not discriminatory.

“It has no policies of racial discrimination, and he would not be a member if it did,” McMaster’s then-campaign manager Jeff Taillon told the Associated Press.

Technically, that statement was accurate.  The Forest Lake Club’s “whites only” policy was never written anywhere in the club’s bylaws.  Instead, it was reportedly a condition of the deed to the property upon which the club sits.

“Our by-laws do not say no negroes,” one club member told us several years ago. “The deed on the property says no negroes.”

Whatever the origin of its “whites only” rule, the Forest Lake Club did not admit its first black member until August of 2017 – seven months after McMaster took the oath of office as governor (and nearly three years after his assertion that the club did not discriminate).  Of interest?  Forest Lake’s trailblazing black member – Columbia, S.C. attorney Ashleigh Wilson – was one of the governor’s political appointees.

McMaster’s membership at the Forest Lake Club was first uncovered by this news outlet over a decade ago (along with his membership in several other “whites only” organizations).

In 2008, McMaster’s daughter – actress Mary Rogers McMaster – was debuted at the Columbia Ball, a “whites only” dance club based in the state capital of Columbia, S.C.  Also in 2008, McMaster’s daughter was a guest at the Cotillion, another “whites only” dance club based in the South Carolina capital.  The latter club formed in 1890 but did not begin presenting debutantes until 1947, when two daughters of prominent Palmetto State families were excluded from another “whites only” society called The Assembly.

To be clear: This news outlet has never criticized such organizations.

“We would never join a club like that discriminated like that, however we don’t believe people who do join clubs like that are necessarily racist,” we wrote at the time.  “In fact we know several who aren’t.”

Also, we continue to believe that private organizations (especially hereditary organizations) should never be compelled to amend their membership rules based on the vanguard of current thought.  They have every right to remain exclusive if they so choose.

Still, McMaster’s status as a son of the “Old South” dates back decades.  And we’re not just referring to the fact that, up until 2017, McMaster used veteran South Carolina political strategist Richard Quinn – whose neo-Confederate leanings are widely known – as his chief advisor.

In 1969, the future governor was the Number I (or chapter president) of the Robert E. Lee-inspired Kappa Alpha (KA) order at the University of South Carolina. 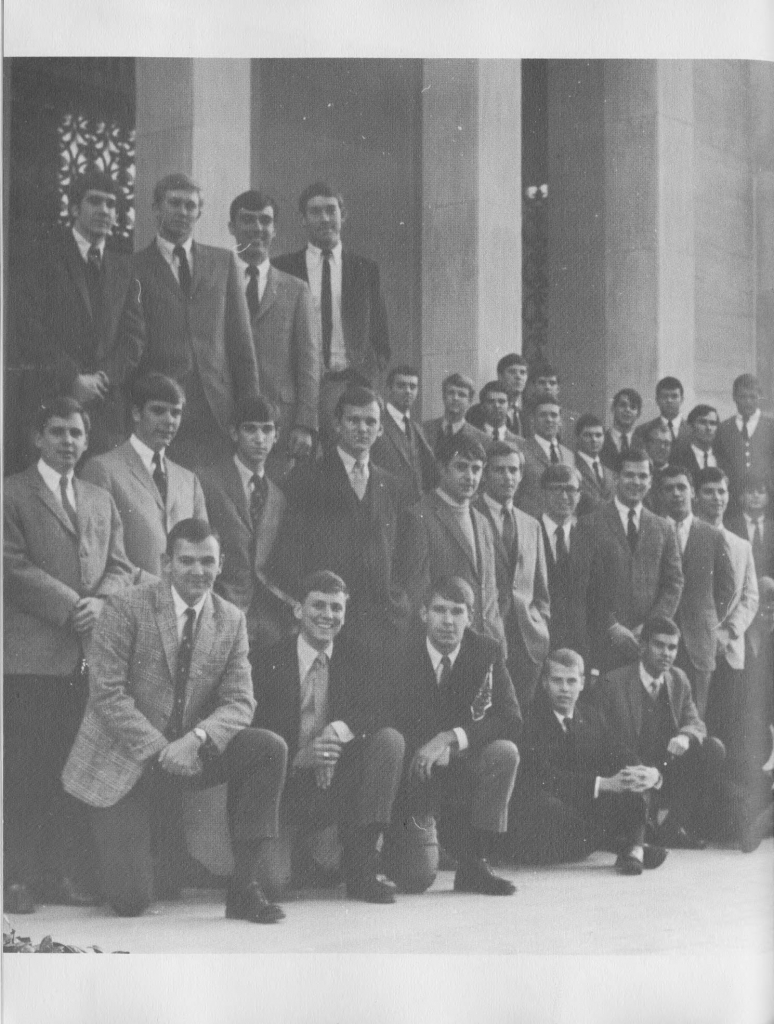 That year, under the leadership of McMaster (above – bottom row, second from left), the KA fraternity held its annual “Old South Ball” in which members dressed up in Confederate officers’ uniforms – an homage that South Carolina politicians were still engaging in as recently as 2010.

“All dressed up as Confederate officers,” a former attendee at the 1969 Old South ball told us.  “Some black faces.  Girls in antebellum gowns.  Wasn’t that long ago they stopped it.”

According to its entry in the 1969 University of South Carolina yearbook, “KA is not just another college fraternity; it is a way of life, a philosophy of living having its roots in the Old South which Lee so loved.”

The yearbook also makes references to fraternity members gathering with their dates at a “plantation” where they engaged in the “further manifestation of that ‘old KA spirit.'” 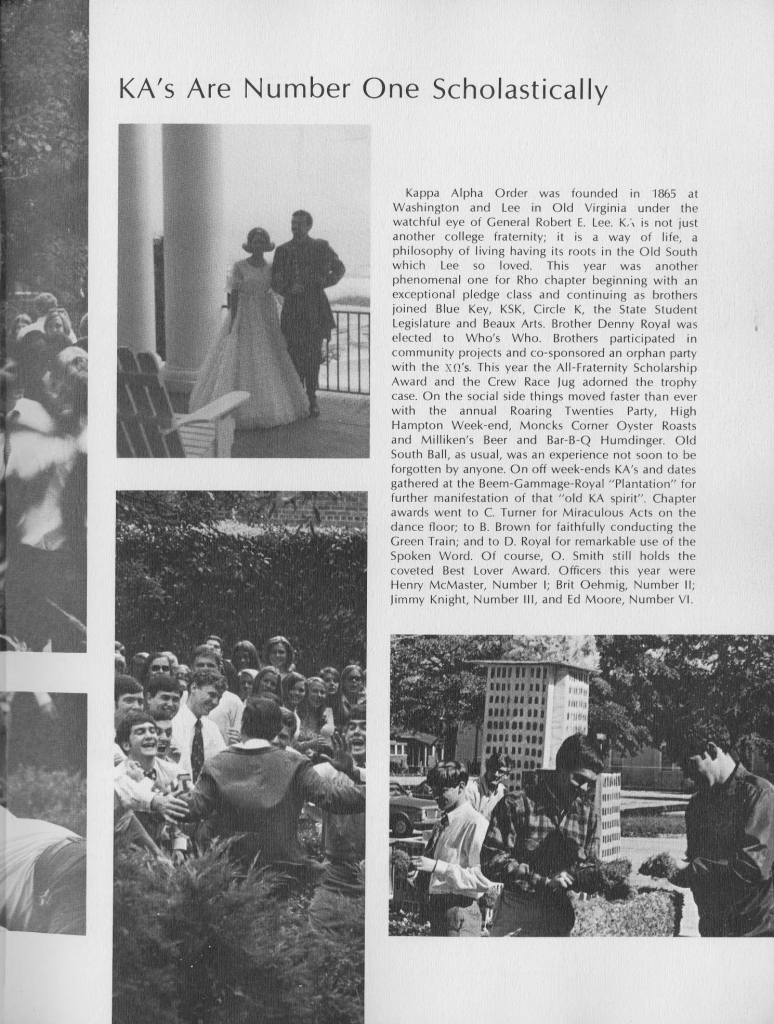 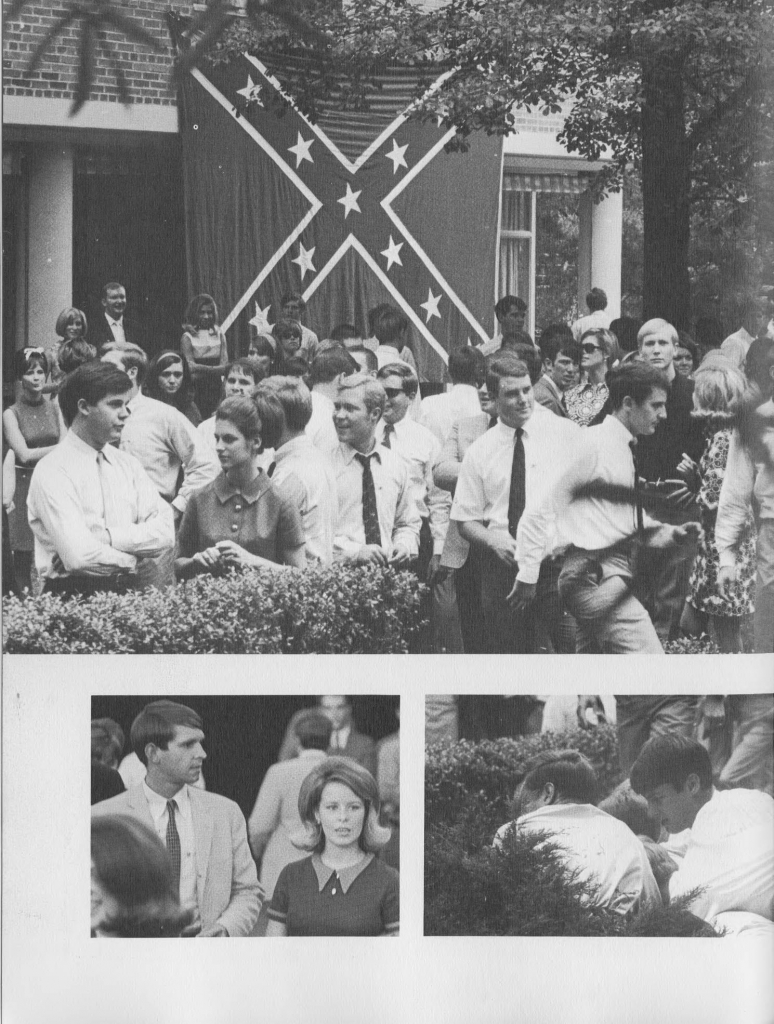 Again, this news outlet is not saying McMaster is a racist.  Nor are we saying members of the various “whites only” organizations with which he has been affiliated over the years are racist.

In fact we have never said that because, as mentioned above – we know many members of these groups who aren’t racists.

Our point is simply this: With the Northam scandal dominating headlines, Southern politicians’ past associations are going to come under increasing scrutiny in the days and weeks to come.  Which means McMaster’s “whites only” past – a not-too-distant past, it is worth remembering – will likely find itself falling under the national microscope.

In other words, the South Carolina governor had better hope no incriminating photographs exist from those “Old South” balls.

Otherwise, “old times there are not forgotten” might soon become more than just a lyric to a favorite Old South anthem …

Dark Days For The Fourth Estate