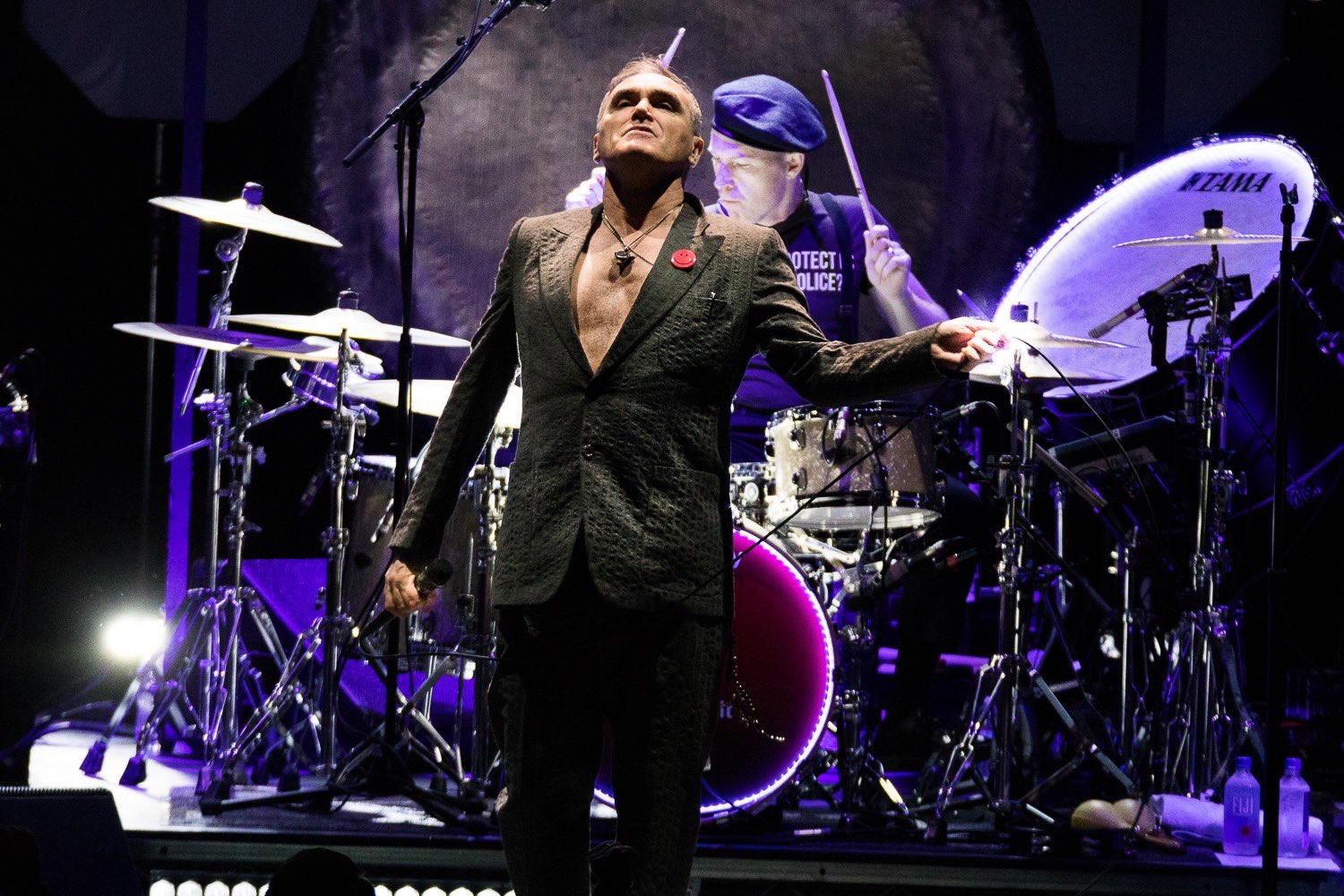 Over the last few weeks, my news outlet has resisted diving headfirst into a host of conspiracy theories regarding the 2020 American presidential election and the coronavirus pandemic, among other global developments. It’s not because I don’t subscribe to these conspiracy theories (in many instances, I do) … but I have an obligation as a purveyor of news and analysis to anchor what I cover to some semblance of verifiable reality.

To the extent that is possible these days …

Anyway, adherence to such “anchors” is why articles appearing on my site contain links to the sources that are cited, the studies that are referenced, the “leaders” who are quoted, etc.

I want my readers to see where I’m getting the information that’s referenced … as well as who I am getting it from. That way they can judge its veracity for themselves – as well as the context in which it is presented and the conclusions that are drawn from it.

As for impartiality, FITSNews has always been an unapologetic hybrid – unafraid to express its views on the many subjects it covers in the hopes of convincing open-minded readers to come around to its (my) way of thinking.

Oh, and unlike mainstream media outlets which overtly (and one-sidedly) editorialize/ propagandize while hiding behind façades of “objectivity” and “impartiality” – I make no bones about the fact I am running a news-opinion website.

Nor do I apologize for providing coverage that runs counter – or at the very least non-parallel – to the increasingly far left pablum of the legacy media (or for that matter, the drivel churned out by the so-called “conservative” press, which I believe to be every bit as intellectually dishonest as CNN).

Furthermore, I pride myself on subjecting views expressed on this site to the scrutiny of the marketplace of ideas. Hence FITSNews’ open microphone policy – in which this outlet regularly publishes letters to the editor and other submissions that provide contrasting views to those presented on our pages (and which are often expressly critical of our coverage).

The logic behind the open microphone is simple: If what I believe is really the truth, then it should be able to withstand criticism.

And if it can’t, then I need to rethink what I believe.


Hosting such an open, honest debate is what FITSNews is all about … and has been among the key drivers of our recent growth.

Which contrasts with … well …

More importantly, an open marketplace of ideas is the lynchpin of independent thought – which is vanishing despite the proliferation of media we have seen in the 21st century. Critical thought has also become dangerous as an editorial philosophy in the current media epoch – where a premium is placed on tribal regurgitation as opposed to open-minded investigation.

The sad truth is that we live in an era of “herdthink.” On the right but especially on the left – where increasingly strident Orwellians and their Big Tech enablers forcefully insist that voices within the “marketplace” conform to a radical new orthodoxy – lest they be canceled. Demonized. Doxxed. Mocked. De-platformed. Shadow-banned. Vilified.

Of course, the real danger isn’t really censorship from above … it is fear from within.

I’m talking about self-silencing – being afraid to speak one’s mind because doing so might offend someone or run counter to prevailing currents of perception.

After all, when people are too fearful to say what they really think there’s no need to censor them, is there?

Against this backdrop of escalating thought-policing – and the accompanying erosion of independent/ critical thought – I have been intently following the evolution of one of my favorite musicians/ cultural icons, British songwriter Morrissey.

To be clear, I’m not taking political cues from an artist.

Nor do I think the former frontman for The Smiths would want me (or you) to do that. Moreover, Morrissey’s politics – to the extent any of us should care what they are – have been a moving target over the years.

“We won’t vote conservative/ because we never have,” he sang on “Glamorous Glue,” one of the hard-charging tracks from his critically acclaimed 1992 solo album Your Arsenal.

Over a decade later on his 2004 comeback album You Are The Quarry, Morrissey offered up some politically correct “herdthink” in “Irish Blood, English Heart” – an homage to his dual Irish/ English heritage.

“I’ve been dreaming of a time when to be English is not to be baneful,” he sang. “To be standing by the flag not feeling shameful, racist or partial.”

Of course the song also presaged his recent declarations of political independence … or perhaps more properly put, his professions of allegiance to a movement that falls well outside the vanguard of current political thought.

“I will die with both of my hands untied,” Morrissey sang, adding that “no regime can buy or sell me.”

Over the last two years, Morrissey has spoken favorably of For Britain – a political party in the United Kingdom founded by Anne Marie Waters (a former Labor politician who has now outstepped the nation’s Tories and ‘Brexit’ backers in terms of their opposition to immigration and globalization).

Decried by the legacy media as “racist,” “anti-Islam” and “far right,” Waters’ party has even been labeled by some as “neo-Nazi” – even though it has previously expelled members who were affiliated with such groups.

Is the party racist? No … but we all know how such labels stick once applied.

So castigated has this party become, in fact, that Morrissey drew widespread scorn for having the audacity to wear a lapel pin with its logo during a performance on The Tonight Show last May.

“Please give them a chance,” Morrissey said of the party. “Listen to them. Do not be influenced by the tyrannies of the MSM who will tell you that For Britain are racist or fascist – please believe me, they are the very opposite!!! Please do not close your mind.”

Alas, his endorsement prompted precious little mind-opening – but rather an ongoing cancel campaign that has lowered “Moz” from the rarified air of rock-n-roll immortality into the deplorable dankness of cultural cautionary tales.


A 2004 review on Pitchfork celebrated Morrissey (during his You Are The Quarry days) as “an entirely unique breed of Englishman … bitter, witty, hypocritical, contradictory, self-aware, sardonic, and nostalgic.”

Back then, Morrissey was heralded by Pitchfork as “one of the most singular figures in Western pop culture from the last 20 years.”

And as for his music, Pitchfork raved it was “laden with brilliant contradictions, press baiting rouse, dark comedy, and real human complexity.”

Now that Morrissey is singing from his own sheet of music (ideologically speaking), Pitchfork reviewers have abruptly changed their tunes – dismissing his most recent musical offerings as “mildly captivating, occasionally repetitive, and frequently ridiculous.”

As for Morrissey himself, the erstwhile “singular figure” has been demoted from “bitchy, fabulous sulk” into “something of a red-pill pharmacist, dealing anyone within earshot a long list of forces to be wary of.”

Even those who dare to keep listening to Morrissey’s records have found themselves on the receiving end of repudiation.

“His present fanbase is survived by the morose, the nostalgic, the unaware,” the 2020 review continued.

This cancel campaign – spread across any number of media outlets – recently led to the singer’s label, BMG, unceremoniously dumping him.

To be clear: Morrissey has said a lot of things I disagree with. Including some incredibly stupid and (deliberately?) insensitive things. Meaning some of the derision heaped upon him of late is justified. And self-inflicted.

But all of us say and do stupid things. What matters most in our modern media era, apparently, is whether we are on the politically correct side of the cancel culture goon squad when we say them.

That determines whether we get handled with kid gloves … or brass knuckles.

Actions once judged solely on the basis of accepted definitions of right or wrong are now viewed exclusively through lens of factionalism. And those who are supposed to be calling things down the middle in the interests of fairness have instead decided to embrace a dangerous double standard.

And they are playing for keeps …

Sort of like the real mobs that have risen to prominence within the last year.

The casualties in all of this?

Which is why the title track from Morrissey’s latest album (you know, the ones critics called “ridiculous”) is so relevant.

“I am not a dog on a chain, I use my own brain
I do not read newspapers, they are troublemakers
Listen out for what’s not shown to you and there you find the truth
For in a civilized and careful way they’ll sculpture all your views.”

In a column last summer I lamented life in our post-truth world, but the fortunate reality – which bears repeating amidst the troubling times in which we continue to find ourselves – is that truth cannot be killed off quite so easily.

“Truth keeps getting pushed down and crowded out,” my column noted. “Suffocated to the point we are left with little choice but to declare it dead on arrival by the time it reaches our televisions, tablets and smartphones. Because so much of what fills those screens is a far cry from the truth.”

“But that doesn’t mean truth isn’t there … we just have to dig a little harder for it these days.”

So, dig … assuming you can break the chain first, that is.

Another Day, Another Record Number Of Coronavirus Cases In South Carolina

“Stop Beating Around The Bush”

Jobs Surge … Or Do They?