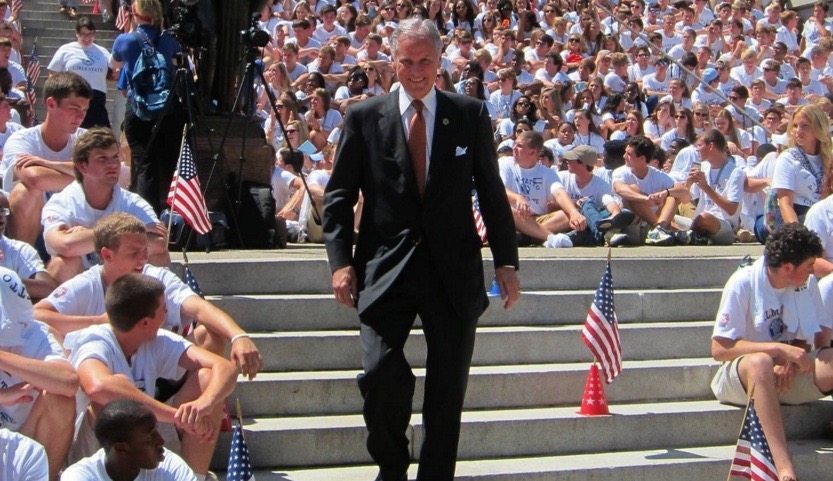 LIEUTENANT GOVERNOR, PRESUMED JEB BUSH BACKER COMES OUT FOR “THE DONALD” INSTEAD

Buzz about this “First in the South” shocker began building when the elder Palmetto political statesman was spotted boarding “Trump Force One” on the Columbia Metropolitan Airport tarmac Wednesday afternoon with his wife, Peggy McMaster.

The confab is said to be a prelude to McMaster endorsing Trump at a Lexington County rally on Wednesday evening – one at which the two politicians will appear together before 5,000 Trump supporters.

McMaster’s nod comes a day after this website issued its endorsement of Trump – and a week after one of U.S. Senator Ted Cruz‘s top Palmetto State grassroots supporters switched her support to “The Donald.”

The endorsement of “Governor McMaster,” as he is known at the S.C. State House, represents a huge shock to the status quo in early-voting South Carolina – where the GOP establishment is girding for one final stand against the Trump insurgency.  Most Palmetto politicos figured McMaster would follow the lead of liberal U.S. Senator Lindsey Graham – a fellow client of neo-Confederate S.C. political consultant Richard Quinn, who is reportedly in negotiations with supporters of former Florida governor Jeb Bush.

Bush has been aggressively courting the endorsement of S.C. governor Nikki Haley, who has yet to weigh in on the 2016 race – but has been harshly critical of Trump.

Obviously this website has taken a dim view of McMaster – in fact we’ve repeatedly referred to him as a “dim bulb” – yet this is the second endorsement in which he’s shown a surprisingly savvy independent streak.

In 2010, McMaster also threw the state’s political establishment a curveball by endorsing then-S.C. Rep. Nikki Haley in a “Republican” runoff election.  His decision caught observers off guard given the extent to which Quinn and his minions worked behind the scenes to sink Haley during the 2010 GOP primary.

“Governor McMaster has a keener political sense than any of you in the media give him credit for,” a SCGOP executive committee member told us.  “This is twice he has taken the unexpected path.”