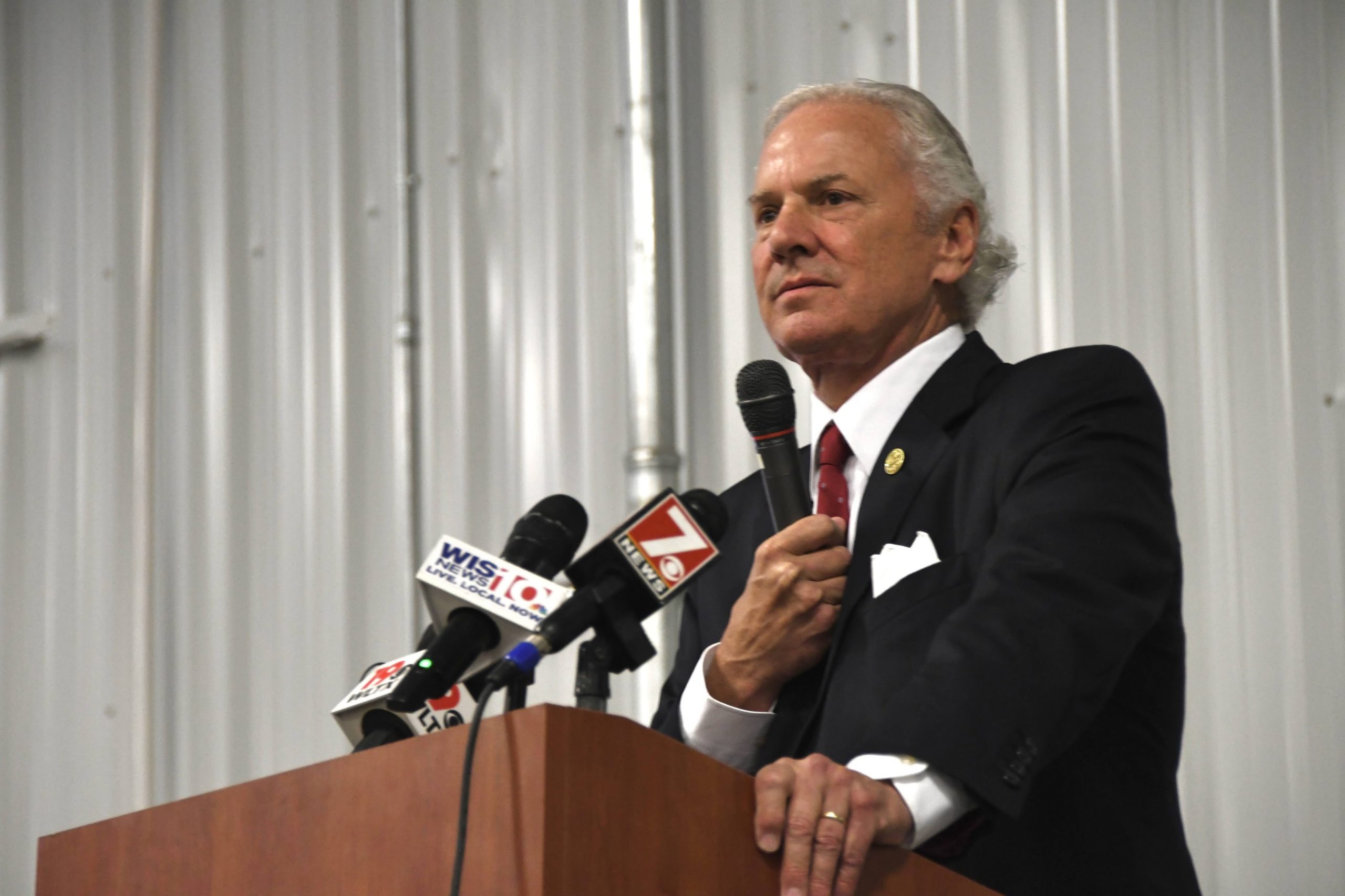 Ordinarily, yes. My news outlet has been clamoring for such relief for years … and McMaster’s proposed 2022-2023 state budget includes $177 million in income tax cuts.

The problem? McMaster’s proposed relief – assuming it passes – would be dwarfed by the $13 billion in tax relief North Carolina GOP lawmakers and Democratic governor Roy Cooper have already agreed to provide residents of the Tar Heel State over the coming six years.

It is also dwarfed by the billions of dollars in new money flowing into state coffers this year … a continuation of the multi-billion dollar surpluses of previous years.


With McMaster’s assent, South Carolina “Republicans” spent a record $32.1 billion on the budget for the current fiscal year (2021-2022). Well, guess what … every penny of that money is back in the upcoming budget, along with an estimated $987 million in recurring surplus funds, $1.23 billion in non-recurring, one-time money, $2.49 billion in American Rescue Plan Act (ARPA) funds and $525 million in funds from a plutonium lawsuit settlement negotiated by the office of S.C. attorney general Alan Wilson.

Obviously, those massive cash surpluses ignore hundreds of millions of dollars in carry-forward money (i.e. money budgeted to Palmetto State bureaucracies in previous budgets that was never spent). Regular readers of this news outlet will recall South Carolina’s results-challenged government-run school system had an estimated $1.67 billion in unrestricted cash reserves as of June 30, 2020.

And that’s just one agency …

Back in October of 2019, Rick Brundrett of The (Columbia, S.C.) Nerve reported that state agencies were clinging to a whopping $3.9 billion in surplus cash – a total that has likely exceeded $5 billion by now.

Yet we are going to plow billions of dollars in new money into these same broken edifices?

On top of all this money, McMaster’s budget plans to appropriate $500 million to “double the size of the state’s rainy-day reserve fund.” Again … despite the fact these bureaucracies are already sitting on billions of dollars.

“The $2.4 billion in ARPA funds along with the almost $3 billion in surplus revenue generated by South Carolina’s booming economy – presents us with a once in a lifetime opportunity – an opportunity that we cannot afford to squander,” McMaster wrote in a letter (.pdf) to members of the S.C. General Assembly. “If we take advantage of this once in a lifetime opportunity – by making big, bold, and transformative investments in the areas of education, infrastructure, workforce, and economic development, South Carolina will prosper for generations to come.”

South Carolina has been making “big, bold” investments in all of these areas for years … they just haven’t transformed anything. If anything, they continue to hold the Palmetto State back.

The only thing that has been “transformed?” The price of failure … which continues to soar.

Should we be surprised by any of this? No. McMaster has made it clear for years that he is a fiscal liberal. And we shouldn’t expect “Republican” lawmakers to do any better seeing as the S.C. General Assembly has been ranked as the most liberal GOP-controlled legislature in the nation two years running.

Even after attaining near-supermajority status in both the S.C. House of Representatives and the S.C. Senate following the 2020 elections, “Republicans” are still governing like Democrats.

I mean, do they really think providing $177 million in tax relief out of a $32.1 billion budget (which is projected to have an additional $5.73 billion in taxpayer revenue tacked on top of it this year) is going to change the trajectory of this failed bureaucratic state?

Especially when neighboring North Carolina is returning such a massive chunk of money to its taxpayers?

Seriously: How is blowing 97.04 percent of the new money coming into Columbia this year on more government going to “stimulate” anything in South Carolina?

McMaster should be embarrassed by the size of his tax “cut.” It is definitional impotence … and further proof that South Carolina’s governor (like the state’s legislative branch) is in desperate need of some free market viagra.

Worst of all? With no credible challenger in the 2022 election cycle, McMaster is all but assured of securing another four years in the governor’s office … meaning we should expect more of the same “leadership” from him on fiscal issues (see here and here).