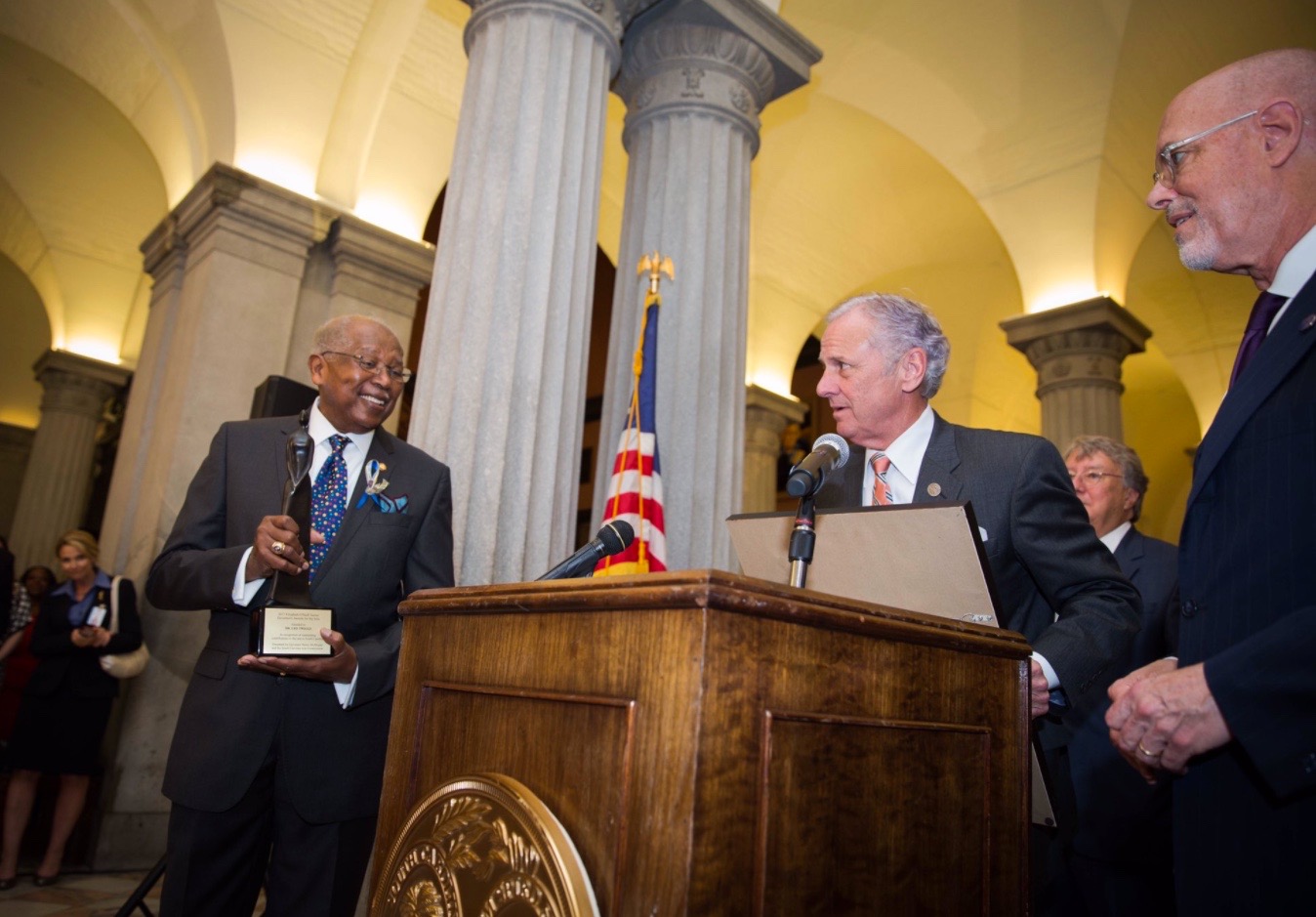 HENRY McMASTER PRAISED BY LIBERAL MEDIA FOR HANDLING OF VETO …

We consistently opposed this tax increase … for any number of reasons.

As we pointed out, though, McMaster’s veto was a charade.  First, he failed to lift a finger to lobby lawmakers in support of sustaining it – then he refused to give gas tax opponents the chance to build support for sustaining it by issuing his veto immediately.

Overriding gubernatorial vetoes require a two-thirds vote of both chambers of the S.C. General Assembly – a threshold that multiple sources tell us was within reach in the State Senate.

Fiscally conservative S.C. Senator Tom Davis has called McMaster out over his failure – accusing him of sandbagging gas tax opponents.

“Not only did he fail to try and any build support for his gas-tax veto – I’ve yet to hear of even one instance where he met with a legislator to try and garner support for having his veto sustained – he did not provide those of us willing to fight for taxpayers with the chance to do so in his absence,” Davis said.  “He simply ‘checked the box’ by vetoing the bill as quickly as possible and returning it to the General Assembly for an equally quick override, even though I and other reform-minded legislators asked him to delay issuing his veto so that we had a full two weeks to rally support for it being sustained.”

Davis said he believed “there was a chance to pick up the extra three votes in the Senate needed to sustain that veto.”

Actually there were as many as six votes to be had, according to our sources.  At least four Democratic lawmakers unhappy with the final gas tax compromise were reportedly ready to discuss the issue with McMaster – as were two GOP Senators who told their colleagues they would have voted with McMaster had he called them.

McMaster didn’t call them, though …

Lending additional fuel to the theory that McMaster’s veto was a charade?  A glowing opinion piece from liberal columnist Cindi Ross Scoppe of The (Columbia, S.C.) State newspaper in which McMaster is effusively praised for his diplomatic handling of the veto.

According to Scoppe, McMaster’s “muted response” to legislative criticism of his veto is evidence of “how important he considers his relationship with the Legislature.”  Scoppe also spoke with lawmakers who told her they “were confident that the honeymoon is not over, that they will be able to work in partnership with the governor going forward.”

Aside from the prearranged political showmanship of McMaster’s veto, just three weeks earlier he worked “in partnership” with lawmakers to approve a massive $826 million annual tax hike aimed at bailing out the state’s woefully mismanaged pension fund.

Our guess is McMaster will soon follow former governor Nikki Haley‘s lead by working “in partnership” with lawmakers on their ever-escalating state spending plans.  For all her fiscally conservative rhetoric, Haley vetoed minuscule fractions of bloated, burgeoning state budgets during her six years in office.

We expect to see similar “veto anemia” from McMaster – who incidentally endorsed a flood of new deficit spending (and federal bailouts) in conjunction with his gas tax “veto.”

Anyway, Scoppe’s piece provides McMaster with all sorts of political cover among the tax-and-spend status quo in Columbia – laying out in detail the many ways he could have more aggressively protected taxpayers from this tax hike (which will drain $1.8 billion from the state’s economy over the next five years and $600 million more each year, every year thereafter).

Four days before he fulfilled his promise to veto the roads bill, Mr. McMaster told The State’s Jamie Self: “I’ve taken a very strong stand on it. You cannot get any stronger than a veto.”

Actually, you can. As governor, you can whip your supporters into a frenzy, with a constant stream of anti-gas-tax, anti-Legislature posts on social media. You can call on those supporters to flood the phone lines and inboxes of legislators, demanding that they 1) vote against the bill to start with and 2) vote to sustain the veto. You can threaten to campaign against legislators who vote to override.

And here’s the damning line …

The bill’s supporters recognized, as one legislative leader told me, that Mr. McMaster could have made it a lot harder to override his veto.

We rarely say this about Scoppe, but she sure as hell got that one right …

Scoppe went on to say “McMaster is willing to use the traditional tools a governor has to defeat a bill, (but) he recognizes that there is more to being governor than passing or defeating any one bill.”

Scoppe’s words were clearly crafted with the intention of helping McMaster inside the State House echo chamber, but we suspect they will come back to bite him in the ass as he campaigns for a full term in office next spring.

“You are taking about a GOP electorate that just elected Donald Trump, and gave Marco Rubio, with supposed phony Tea Party cred, and Ted Cruz a tight second and third,” one Palmetto political observer told us.  “The sands can shift, but I can’t imagine the primary voting base all of sudden doing a complete about face and wanting a pragmatic compromiser over a principled champion.”

McMaster’s “measured” veto – which was clearly timed to assist gas tax supporters – has the potential to create serious problems for him in the upcoming GOP gubernatorial primary election.  And that’s assuming he is able to navigate the ongoing corruption scandal that’s drawn a bead on his longtime political “neo-Confederates.”