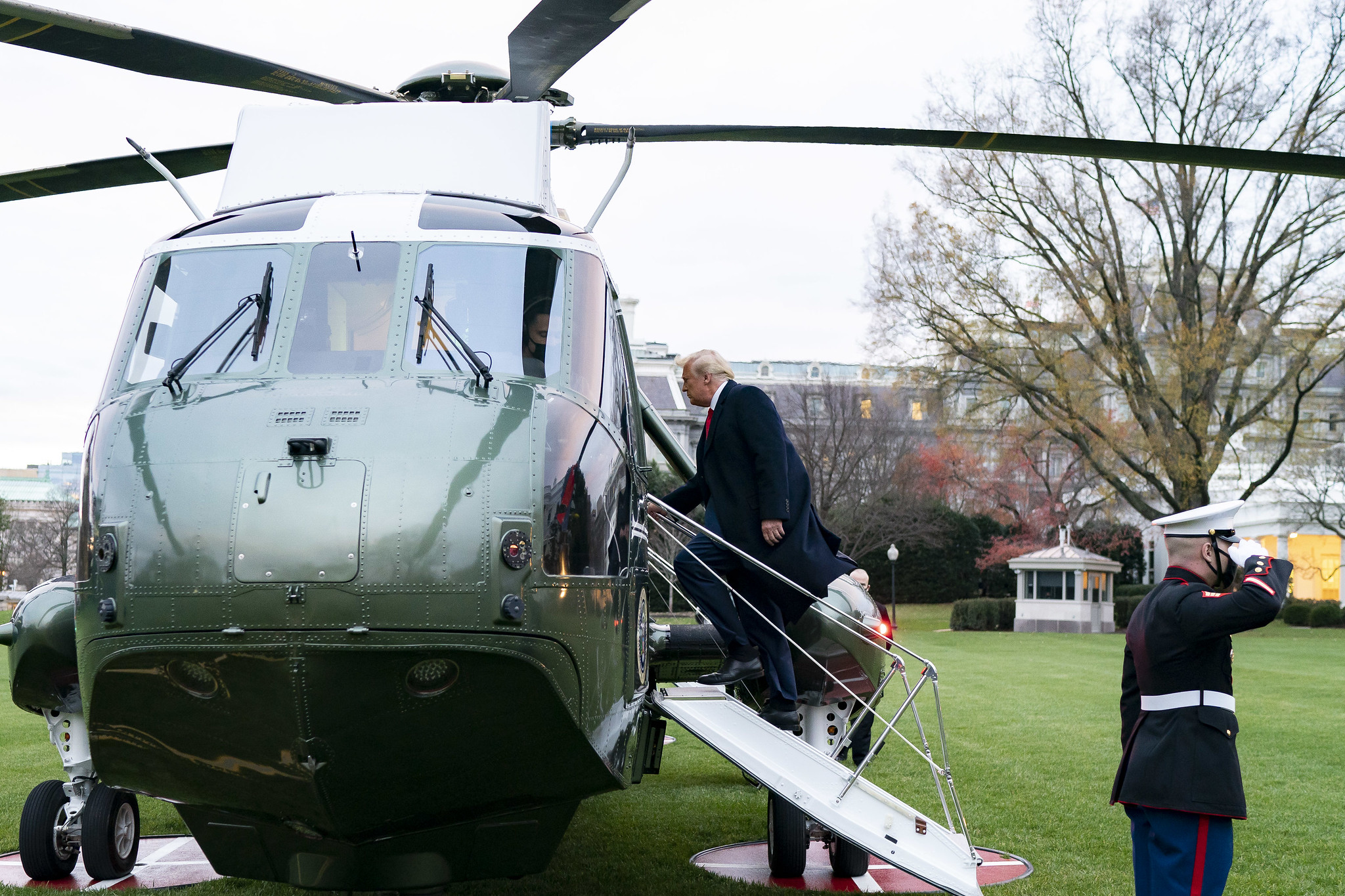 With Republicans in the U.S. Congress refusing to provide bigger relief checks for individual Americans and Democrats refusing to cut billions of dollars in wasteful spending, U.S. president Donald Trump caved to the bipartisan pressure late Sunday – signing a $900 billion coronavirus “stimulus” bill into law just days after calling the measure “a disgrace.”

In addition to ostensibly Covid-19-related items, the bill included a stopgap government spending agreement that would fund the operations of the federal government through September at a cost of $1.4 trillion (a figure which obviously does not include entitlements, interest on the debt, etc.).

Wait … isn’t this the same bill that Trump was ripping in no uncertain terms just five days ago?

Yes … and with good reason.

The measure is loaded to the gills with unnecessary pork barrel spending – including billions of dollars in foreign aid and domestic mass transit bailouts that American taxpayers have no business subsidizing in any economic climate, let alone the one we are currently confronting. But as he has done with such bills in the past, Trump signed the abomination anyway.

“I will sign the omnibus and Covid package with a strong message that makes clear to Congress that wasteful items need to be removed,” Trump said in a statement.

Specifically, Trump said he would send lawmakers “a redlined version” of the bill – listing the unnecessary pork “item by item.”

Will lawmakers cut any of the pork? Of course not …


Trump also said he would sign a bill that raised the amount of money doled out to individual income earners – boosting individual payments from $600 to $2,000.

Additionally, there is a $600-per-child payment associated with the “stimulus.”

As noted in our previous coverage, the checks to income earners will account for an estimated $166 billion of the proposal signed by Trump on Sunday. Assuming congress approves Trump’s request for larger checks, that total could increase by as much as $400 billion.

Another $325 billion of the new “stimulus” will be routed toward small businesses – including re-upping the Paycheck Protection Program (PPP) that was part of the initial federal stimulus passed in March.

Meanwhile, $120 billion will go toward extending a $300-a-week federal unemployment insurance subsidy through March 14, 2021 – or another eleven weeks.

Another $69 billion is earmarked for health care – including $22 billion for Covid-19 testing, contract tracing and other virus-related mitigation efforts. Meanwhile $20 billion is being routed to Covid-19 vaccine purchases and another $9 billion to vaccine distribution.


The measure controversially extends a federal moratorium on evictions through the end of January 2021 – while providing an additional $25 billion in rental assistance earmarked to states on the basis of a formula developed by the U.S. Treasury.

More controversially, fiscally liberal lawmakers of both parties tacked on a host of spending items that strained credulity, including $10 million for “gender programs” … in Pakistan.

Another $500 million in defense appropriations was tucked away in the bill … for Israel. This perpetuates the United States’ ongoing subsidization of other nations’ militaries – something this news outlet has repeatedly railed against.

Meanwhile, $4.2 billion was earmarked for New York’s Metropolitan Transit Authority (MTA) – part of a broader government-run mass transit bailout. Failed government-run rail service Amtrak will get another $1 billion in the legislation – in addition to its annual taxpayer appropriation of $2 billion).

We rejected all of those appropriations – just as we reject the crony capitalist handouts contained in this legislation.

Unfortunately, all of it is now the law of the land thanks to Trump’s latest cave.

While criticizing Trump’s repeated fiscal failures in office, this news outlet stood by his position on the “stimulus” – arguing that “removing pork barrel appropriations from this bill and routing that money directly to individual taxpayers makes sense.”

As we noted ahead of the first “stimulus” proposal, “all relief must be targeted to the individual income earners and small businesses that drive – or rather, were driving our economy before this crisis hit.”

Is that happening? No …

And if you think this is bad, just wait until U.S. president-elect Joe Biden gets his hands on the conn.