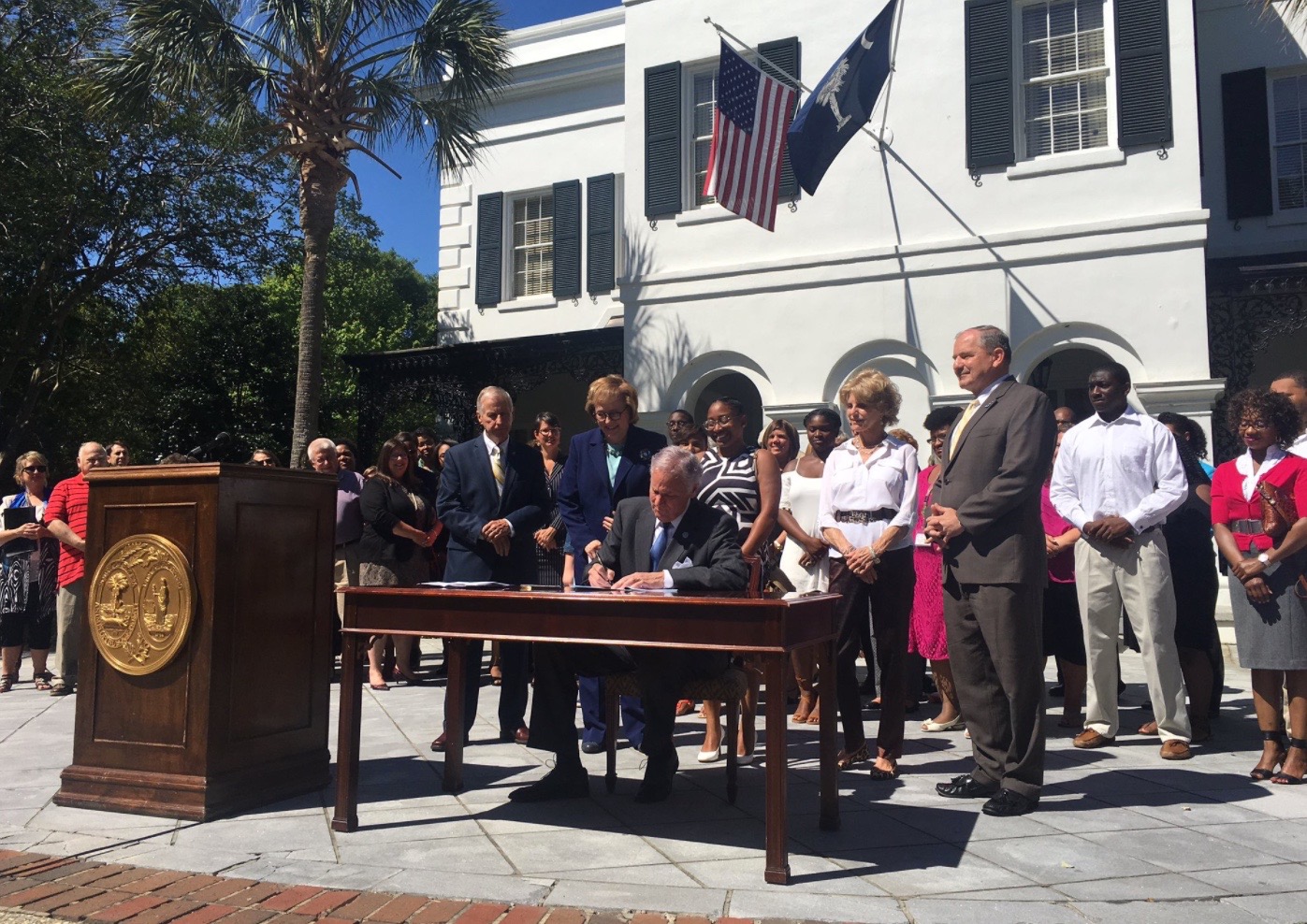 S.C. governor Henry McMaster has pledged to veto the proposed gas tax increase that’s currently hurtling toward Palmetto State motorists like a runaway train barreling down a mountain.  In fact, some advocacy groups were already praising him for “making good on his promise” before lawmakers had even finished their work on this abomination of a bill.

But is McMaster genuinely opposed to this massive 71 percent tax increase?  Does he really want to stop lawmakers from draining $1.8 billion from the state’s economy over the next five years – and $600 million each and every year thereafter?

Increasingly it’s looking as though the answer to this question is a “no.”  In fact, multiple state lawmakers tell us McMaster and his allies have been working closely with supporters of this massive tax hike in an effort to stage-manage his veto.

They’re hoping to stage-manage it quickly, too … before taxpayers become aware of just how bad this bill really is.

“McMaster has done nothing to lead on this issue,” one lawmaker told us bluntly.  “He simply wants to veto it and for his veto to be overridden quickly. He hasn’t lobbied any legislator.  He’s done nothing to engage in this debate.  He’s show – no leadership.  And now that there’s public pressure building he wants to veto quickly so legislature can override this week.”

Sources in the S.C. House of Representatives have confirmed that McMaster asked GOP leaders in that chamber to ratify the tax increase right away so that he can issue his veto – and have it overridden – before South Carolinians get wise to what’s in this legislation.

The whole charade could go down in less than forty-eight hours – preventing gas tax opponents from communicating their opposition to lawmakers.

“Henry has zero interest in allowing pressure to build over next two weeks for legislators to sustain his veto,” the lawmaker said.

This website was pleased when McMaster promised to veto this bill, but the context surrounding his veto threat has become increasingly disappointing.  For starters, McMaster accompanied his veto pledge with a request for $1 billion in new borrowing for “roads and bridges” – even though it’s become abundantly clear such money is rarely if ever routed toward priority projects.

Since then, McMaster has signed an $826 million annual tax hike to bail out the state’s woefully managed pension fund.  He’s also requested a $5.2 billion infrastructure bailout from Washington, D.C.

This website has previously urged McMaster to be much more aggressive in using his influence to defeat this unnecessary tax hike.

Unfortunately, he has failed to do so …

Not only that, several House members told us they have been assured by senior McMaster staffers that the new governor would never “withhold his support from them” if they voted to override his gas tax veto.

We sensed this was happening …

“Our guess is McMaster is privately relieved that lawmakers have mustered margins big enough to override him,” we noted in a post earlier this week, urging McMaster to use his bully pulpit “to call out (and campaign against) those liberal GOP lawmakers who voted for the tax hike.”

That’s clearly not going to happen.  In fact it appears as though McMaster is conspiring with House leaders to fast track this terrible bill to his desk so that the veto charade can be accomplished with minimal public outcry.

UPDATE: Well well … McMaster got exactly what he wanted – a quick ratification followed by a nearly instantaneous veto.  Again, we’re glad he rejected this terrible piece of legislation, but this whole situation reeks of preconceived gamesmanship – not a politician standing on principle.