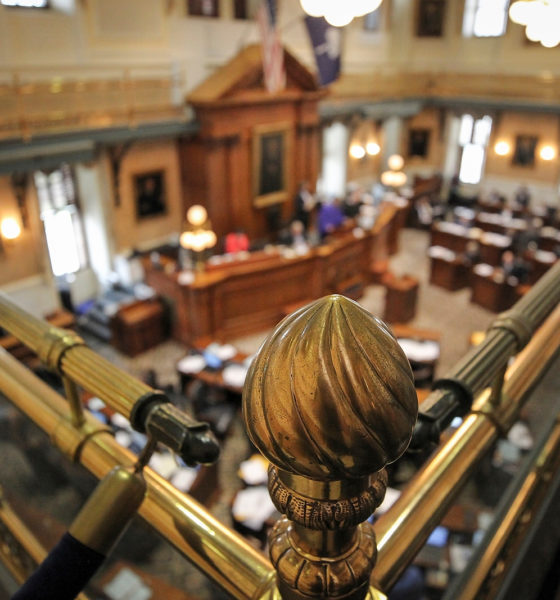 Last week, this news outlet took a look at several South Carolina State Senate races being targeted by Democrats. Our column – which you can read here – focused most of its attention on seats in the Palmetto Lowcountry, where demographic trends would appear to favor the perpetual minority party.

Most pollsters we have spoken with believe that at least two – and possibly four – S.C. Senate seats will be flipped this November.

But while Democrats are playing offense in certain parts of the state, they are on defense in others. Specifically, Republicans are hoping to knock off at least a pair of incumbent Democrats in the hopes of canceling out their likely Lowcountry losses.

As of this writing, the GOP enjoys a 27-19 advantage in the “upper” chamber of the S.C. General Assembly – although as we have frequently pointed out there is very little advantage accruing to South Carolina citizens and taxpayers as a result of this “majority.” Democrats continue to wield disproportionate influence over the chamber – which is not surprising considering the chamber’s two most influential “Republican” leaders (here and here) are party-switchers who never shed their fiscally liberal ideological moorings.

This is why government has grown exponentially in recent years … with precious little to show for it in terms of outcomes.

Even on hot-button social issues, “Republican” rule is not what it is cracked up to be.

Why would anyone want to preserve this “majority?”


Nonetheless, the GOP is well-positioned to pick up at least two seats in the South Carolina Upstate – one in Greenwood county and the other in Spartanburg county.

We will begin in Greenwood, where incumbent Democrat Floyd Nicholson – the former city mayor – is in real danger of losing S.C. Senate District 10 (.pdf), which he has held for the last dozen years.

This district includes parts of Abbeville, Greenwood, McCormick and Saluda counties – and was carried by U.S. president Donald Trump in 2016 with 56.7 percent of the vote.

Nicholson is being challenged by “conservative businessman” Billy Garrett, who claims he will “fight against the tax and spend, big government policies of the left and their radical agenda.”

Have we heard promises like that before? Yes … but unlike a lot of candidates seeking legislative office, Garrett will likely get the chance to make good on his word.

Another district Republicans are eyeing as a prime pickup opportunity is S.C. District 11 (.pdf), which has been held for the past thirty years by Democrat Glenn Reese of Inman, S.C.

Reese – best known for his provision of Krispy Kreme doughnuts to his colleagues – is being challenged this fall by Republican Josh Kimbrell, a conservative activist and radio show host who ran unsuccessfully for the Palmetto State’s fourth congressional district back in 2018.

Kimbrell has evolved into a fervent Trump supporter, but that wasn’t always the case. In May of 2016, he wrote in a since-deleted blog post that the Republican party “collapsed with Donald Trump’s emergence as the presumptive 2016 GOP nominee.”

“Trump’s nomination all but assures a Hillary Clinton presidency, which means that consistent conservatives need now to either rebuild a Republican Party that reunites the Reagan coalition, or an entirely new party that can replace the GOP and rebuild that coalition on its own,” Kimbrell wrote.

Two other seats featuring veteran Democratic incumbents also went heavily for Trump. One is S.C. Senate District 26 (.pdf), a heavily gerrymandered district encompassing parts of four counties – Aiken, Calhoun, Lexington and Saluda. The seat has been held for the past forty-three years by Democrat Nikki Setzler – one of the standard-bearers for the failed status quo in South Carolina.

Setzler is being challenged by staunch social conservative Chris Smith (above) – who was featured last week in our “campaign convos” segment.

Trump carried Setzler’s district with 52.9 percent of the vote in 2016, and pollsters familiar with his race tell us he is “potentially vulnerable” this fall – assuming Republicans invest heavily in his district.

A similar scenario is unfolding in S.C. Senate District 27 (.pdf) – which has been held since February of 2004 by two-time Democratic gubernatorial nominee Vincent Sheheen. This district was carried by Trump with a staggering 58.9 percent of the vote in 2016 – and Republicans had hoped to recruit former S.C. Department of Revenue (SCDOR) director Rick Reames to challenge Sheheen.

Reames declined to run, however, choosing to focus on his family and his practice.

Instead, Sheheen is being challenged by small business owner and community activist Penry Gustafson – who initially filed paperwork to run for S.C. House District 52 (.pdf).

Sheheen also falls into the “potentially vulnerable” category – but only if Republicans make his race a priority.

Decisions made by these entities over the next few weeks will have a significant impact on the outcome of these races (not to mention the districts Democrats are targeting).

Dunn is challenging Harpootlian again in 2020, but the odds are stacked against him … in more ways than one.

As we have previously noted, Harpootlian has drawn plaudits from Republicans and Democrats alike for his principled stands against crony capitalism and pork barrel spending. He has been one of the only politicians at the S.C. State House willing to stand up for transparency in government – and he has joined GOP leaders in demanding accountability from government-funded institutions of higher learning.

What more could taxpayers ask for?

Accordingly, Harpootlian is in an excellent position to win a full, four-year term in the Senate this fall – and that is before we factor in his ability to stroke checks of $1 million (or more) on behalf of his own reelection.

Bottom line? As much money as Republicans might want to throw at this district in the hopes of reclaiming it, Harpootlian is likely to double their investment. Which means if the GOP establishment commits to supporting his opponent in a meaningful manner – vital resources would be drained from other, more winnable districts.

Massey obviously has an axe to grind against Harpootlian in the aftermath of the 2018 campaign, but the smart move would be to target resources on the other four races referenced in this column.

Stay tuned … we will continue to keep tabs on all of these races over the weeks to come as the November 3 election draws closer.