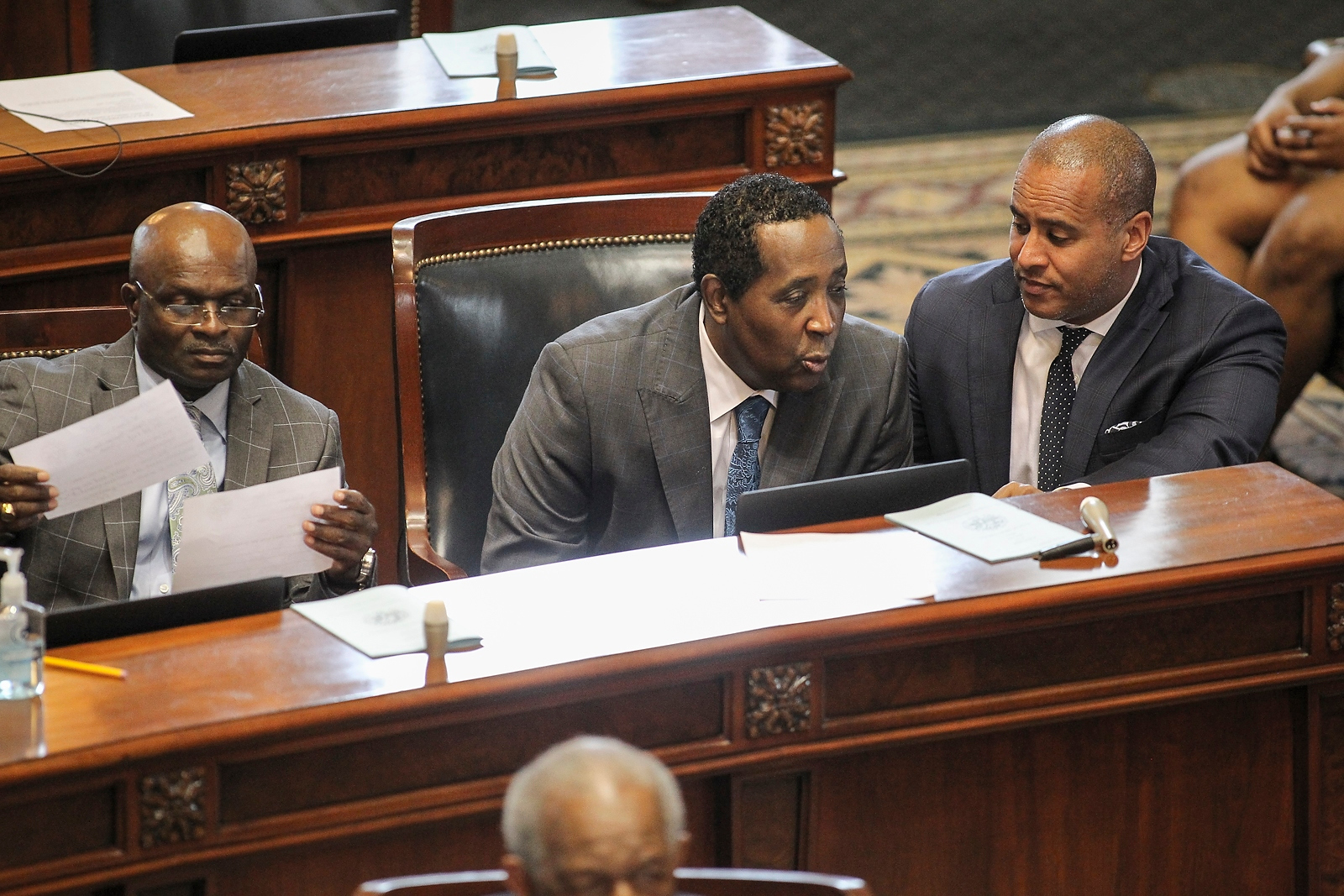 Efforts to make government spending in South Carolina more transparent and accountable to taxpayers were already in big trouble long before the coronavirus pandemic shut down the state legislature. As we reported last month, a top liberal lawmaker in the S.C. General Assembly – Brad Hutto of Orangeburg, S.C. – has been blocking a bipartisan effort by Democrat Dick Harpootlian and GOP Senate majority leader Shane Massey to open up this process.

Readers will recall the spending transparency issue landed on the radar of state lawmakers in a big way last December following the publication of an exclusive report by reporters John Monk, Avery Wilks and Maayan Schechter of The (Columbia, S.C.) State newspaper.

Monk, Wilks and Schechter revealed how tens of millions of dollars in pork barrel spending was (is) concealed each year from the public by so called “pass-throughs” – or unspecified earmarks to state agencies.

It works like this: Agencies which perform core functions of government – like the S.C. Department of Public Safety (SCDPS) – are awarded specific amounts of money in the state budget for undisclosed purposes. Once they receive this money, they are instructed to “pass it through” to a designated recipient (usually a pet project in a lawmaker’s home district or a nonprofit with which the lawmaker is affiliated).

This opaque process conceals the appropriation of public funds – enabling lawmakers to funnel money to their preferred organizations without these disbursements receiving any public scrutiny during the budget-writing process. Also, once the money is appropriated by the agencies in question, it becomes extremely difficult to track it … if not impossible.

Even worse, the process is frequently used to get lawmakers to support bigger-ticket spending items (knowing they will get a cut of the largesse).

This week, another reporter at The State – Andrew Caplan – published a detailed story highlighting why expanded spending transparency is so important. Caplan’s story also highlighted how quickly money routed to politically connected nonprofits can disappear … or be routed to something vastly different than the purpose for which it was intended.

According to Caplan’s report, an estimated $450,000 in public money sent to Jackson’s nonprofit is currently “unaccounted for” while another $124,000 “appears to have been misused.”

“It’s a striking example of the lack of transparency, accountability and record-keeping surrounding a long-held practice in which state legislators secure money for projects in their districts,” Caplan noted, citing ethics experts he spoke with for his story.

The earmarks in question were routed to the so-called Midlands Community Development Corporation – a Richland county nonprofit organization affiliated with Jackson’s Bible Way mega-church. This nonprofit – run by Jackson’s son, D.J. Jackson – has received $5.5 million from state taxpayers since 2007, according to Caplan.

Of that total, the elder Jackson cast recorded votes in support of at least $1.5 million. Not only that, Jackson allegedly lobbied other members of the S.C. General Assembly to include funding for the nonprofit in the state budget. Jackson denied that allegation, however one of the lawmakers who advocated for a $200,000 earmark for the veteran senator’s nonprofit told Caplan he did so “at Jackson’s request.”

This is just the beginning of the deception …

The precise path of the $5.5 million Jackson’s nonprofit has received over the years is virtually impossible to follow. And Jackson and his son have provided incomplete and conflicting answers regarding many of the disbursements. Also, questions have been raised about specific expenditures – including $475,000 for a neighborhood drainage project that experts said should have only cost $20,000.

That particular pot of money was routed to Jackson’s nonprofit through the S.C. Department of Natural Resources (SCDNR).

Where did it go after that? Good question …

Jackson told Caplan some of the money may have been kept by his nonprofit for “administrative costs,” arguing the money was provided to the organization without any restrictions on administrative use.

First and foremost, it reinforces the need for true transparency in government spending. On the front end, that means South Carolina leaders must make public each and every line-item appropriation within the state budget – putting an end to the “corrosive, corrupting influence” hidden earmarks have on an “already corrupt system of spoils.”

On the back end of that equation, it means the state must create and maintain an online checkbook – one that enables citizens to track every penny of their money by “agency, authorizing employee, amount, category, date, employee name, purpose, type of payment (cash, credit card, check, wire, etc.) and vendor.”  We have also previously argued that “searchable, up-to-the-minute records” regarding these expenditures should be published and maintained online.

Until South Carolina taxpayers insist upon true transparency when it comes to their money, their leaders are never going to provide them with it.

Second, speaking of “corrosive, corrupting” influences, we believe Jackson and his various organizations are among the arch-offenders in Richland county – a locality that has sadly become a breeding ground for all manner of mismanagement, malfeasance and misconduct when it comes to public money.

We know multiple criminal investigations are currently underway as it relates to various Richland county governmental entities. Our hope is these inquiries will not overlook any possible involvement of Jackson and his henchmen.

Finally, the shameful saga of Jackson’s nonprofit highlights the steadily expanding influence being amassed by these government-subsidized entities and their leaders. Not to mention the lack of oversight taxpayers have when it comes to that influence – which is being obtained and wielded with their money.

Earlier this week, S.C. treasurer Curtis Loftis (above) – one of the few elected officials in the Palmetto State who has walked the walk on the issue of spending transparency – wrote a letter to S.C. governor Henry McMaster urging him to be on guard in appropriating funds to these entities.

“While some organizations may be helpful, I am concerned about the lack of requirements for meaningful audits, programmatic oversight and review of these organizations,” Loftis wrote in his letter (.pdf). “Frankly there is little accountability and transparency.”

Loftis warned McMaster that the spigot of coronavirus-related money about to flow into the Palmetto State from the federal government could fail to serve its intended purpose due to South Carolina’s “growing yet unregulated dependence on nonprofit organizations to assist the state in its work.”

“There is growing dissatisfaction in certain parts of state government concerning the lack of transparency, accountability and success of the non-profits hired to assist the state,” Loftis wrote. “I believe the skepticism and scrutiny will increase and that the sizable amount of funds soon to be expended by the state will be closely examined by many, and it is my fear that these non-profits could cloud the fine work produced by your administration.”

We cannot allow shady, politically connected nonprofits to fleece taxpayers any more than we can permit them to be fleeced by unaccountable government bureaucracies. And again, that starts with transparency and accountability over every dime of public money.