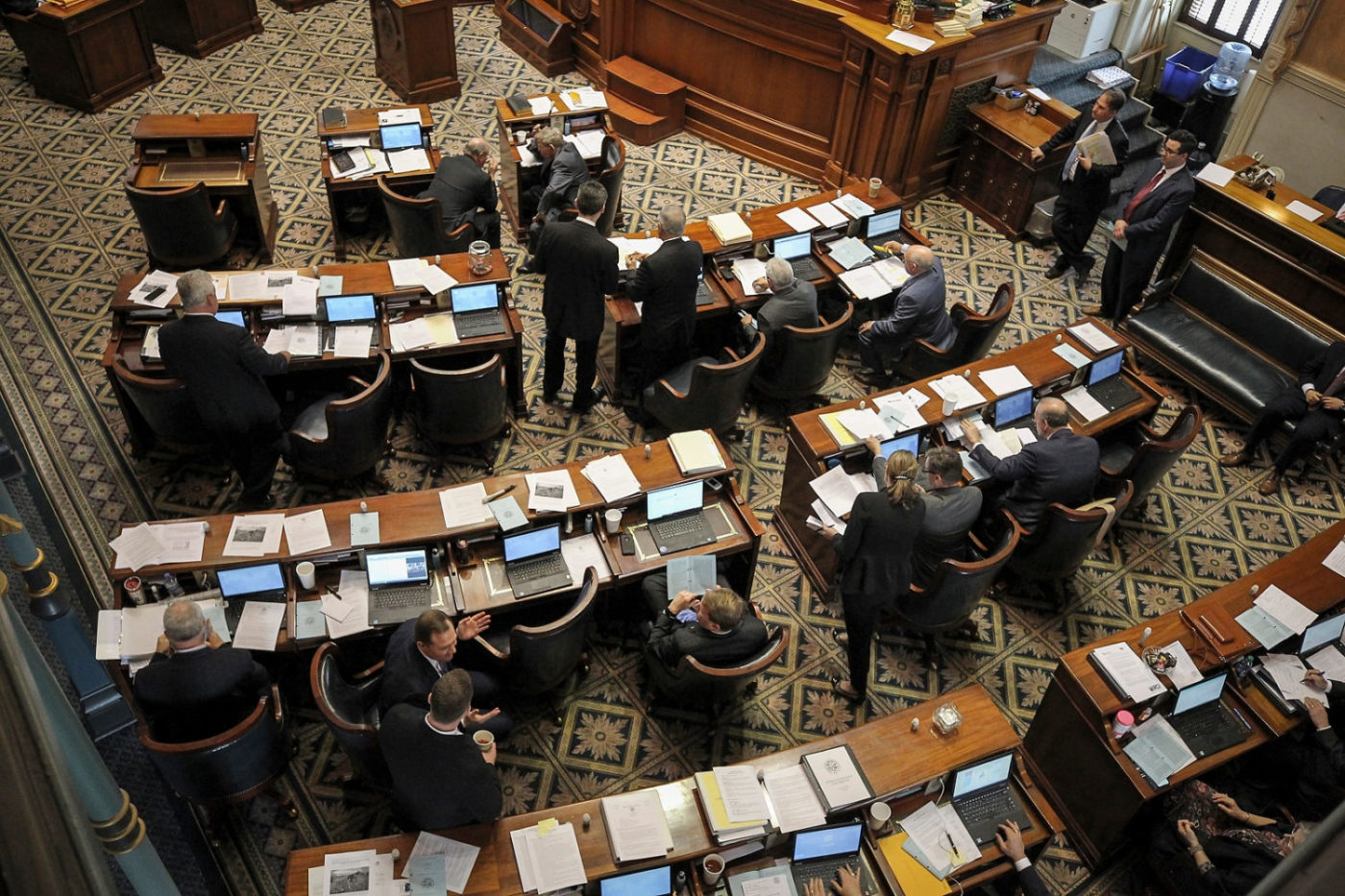 South Carolina Democrats are eyeing five Republican-held districts in this fall’s elections for the Palmetto State Senate – but they must also defend at least three potentially vulnerable seats. Meanwhile, a pair of entrenched Democratic incumbents occupying GOP districts near the capital city of Columbia, S.C. have drawn challengers – although it is not yet clear whether either candidate is in any real danger of losing their long-held office.

In addition to these races, of course, is the high-profile battle some Republicans hope to wage in an effort to take out S.C. senator Dick Harpootlian. An outspoken maverick, Harpootlian has drawn significant independent and GOP crossover support owing to his principled stands against crony capitalism and secretive spending within the state’s $30 billion annual budget.

As of this writing, Republicans control 27 of 46 seats in the chamber – well, to the extent you can call them “Republicans.” Can Democrats eat into that majority this fall? Or will the cycle wind up being a wash?

Democrats are pinning their hopes on multiple Senate districts in the Lowcountry region of the state – specifically a handful of swing districts in and around Charleston, South Carolina. This is the corner of the state where first-term congressman Joe Cunningham shocked the Palmetto political establishment with his upset victory last fall in a district that had been held by the GOP for nearly forty years.

Democrats picked up a pair of S.C. House seats in the Charleston area in 2018, and just this week they flipped a third seat with the emphatic victory of Folly Beach administrator Spencer Wetmore in a special election for S.C. House District 115 (.pdf). That seat had been held for the past decade by new U.S. attorney Peter McCoy, a Republican.

Can Democrats duplicate this success in the Senate?


Local Democratic activist (and former Charleston county party chairman) Brady Quirk-Garvan said his party is “just getting started” in the Lowcountry and currently working on “a growing list of seats we will flip.”

“The Republican Party gave up on fiscal responsibility went full-on racist and folks in the Lowcountry aren’t buying it,” Quirk-Garvan added.

The seat most likely to fall is S.C. Senate District 41 (.pdf) – which is held by first-term senator Sandy Senn. This district – formerly held for decades by neo-Confederate Senate leader Glenn McConnell – was won in 2018 by Democratic gubernatorial nominee James Smith with 53 percent of the vote. Senn is facing a credible, well-funded opponent – former U.S. congressional staffer Sam Skardon – in November.

While Senn is the incumbent in this race, Skardon has actually emerged as the favorite.

Senn is not only working against demographic trends, but many of her GOP colleagues remained miffed at her over her alleged conduct during a 2018 legislative debate over a bill that would have expanded protections to the unborn. Several GOP senators have reportedly placed pressure on S.C. Senate majority leader Shane Massey to withhold financial support from Senn in her reelection bid as a result of their lingering displeasure related to this debate.

Senn (above) has also made a powerful enemy in S.C. senator Gerald Malloy, who wields tremendous influence within Palmetto Democratic circles.

Another seat Republicans are increasingly concerned about is S.C. Senate District 43 (.pdf), which has been held since 2005 by senator Chip Campsen – a fiscally liberal, socially conservative, eco-radical lawmaker with a mile-wide contrarian streak.

Republican governor Henry McMaster won Campsen’s district with 52 percent of the vote in 2018, but he is clearly not getting that level of support these days. Democrats are running local attorney Richard Hricik against Campsen – and he is campaigning on the mantra of replacing “a career politician with a new citizen leader.”

Can he pull off the upset?

“Given the substantially favorable environment for Democrats both nationally and in South Carolina, Hricik stands an excellent chance of pulling off a major coup for Democrats,” the website Palmetto Ponderings recently noted.

We concur … polling in this race shows Campsen (below, left) in real trouble, according to multiple sources familiar with the numbers.

Democrats are also making up ground in S.C. Senate District 44 (.pdf) – a seat which is being vacated by veteran fiscal liberal/ crony capitalist Paul Campbell. Remember Campbell? He’s the guy who made headlines for his double-dipping as well as an infamous DUI arrest back in 2017.

The race to replace him pits registered nurse Debbie Chatman Bryant against Republican Brian Adams – a retired law enforcement officer and businessman. While Smith drew only 45 percent of the vote against McMaster in this district two years ago, recent polling shows this race is a dead heat.

Two other Lowcountry seats are very much in Democrats’ sights – although the demographics in S.C. Senate District 37 (held by servile social conservative panderer Larry Grooms) and S.C. Senate District 38 (held by financial planner Sean Bennett) are far less favorable to them than they are in the races previously discussed.

As for Grooms’ seat, Palmetto Ponderings noted this predominantly Berkeley county district “is no longer the impenetrable Republican stronghold it once was” and the bid to flip this seat could wind up being “very close in November.” Once again, we agree with this assessment – especially considering Grooms is facing arguably the most credible Democrat on the ballot this fall (Kathryn Whitaker) in addition to a well-funded Libertarian challenger (former gubernatorial candidate Steve French).

(Via: Whitaker for Senate)

Whitaker (above) will need some help, though, as Grooms has a huge campaign war chest at his disposal – and no shortage of favors to call in.

Bottom line? Democrats have a real opportunity to pick off at least two – and perhaps as many as four – S.C. Senate seats in the Lowcountry this fall as the demographic shifts that began to emerge in 2018 gather momentum.

Assuming, of course, there is not a hidden groundswell of “silent majority” support for U.S. president Donald Trump that throws current polling models out-of-whack.

Which is a possibility …

Stay tuned … in our next Senate column, we will take a look at competitive races in which Republicans are on the offensive and Democrats must defend their turf.

UPDATE || Which Seats Is The GOP Targeting?