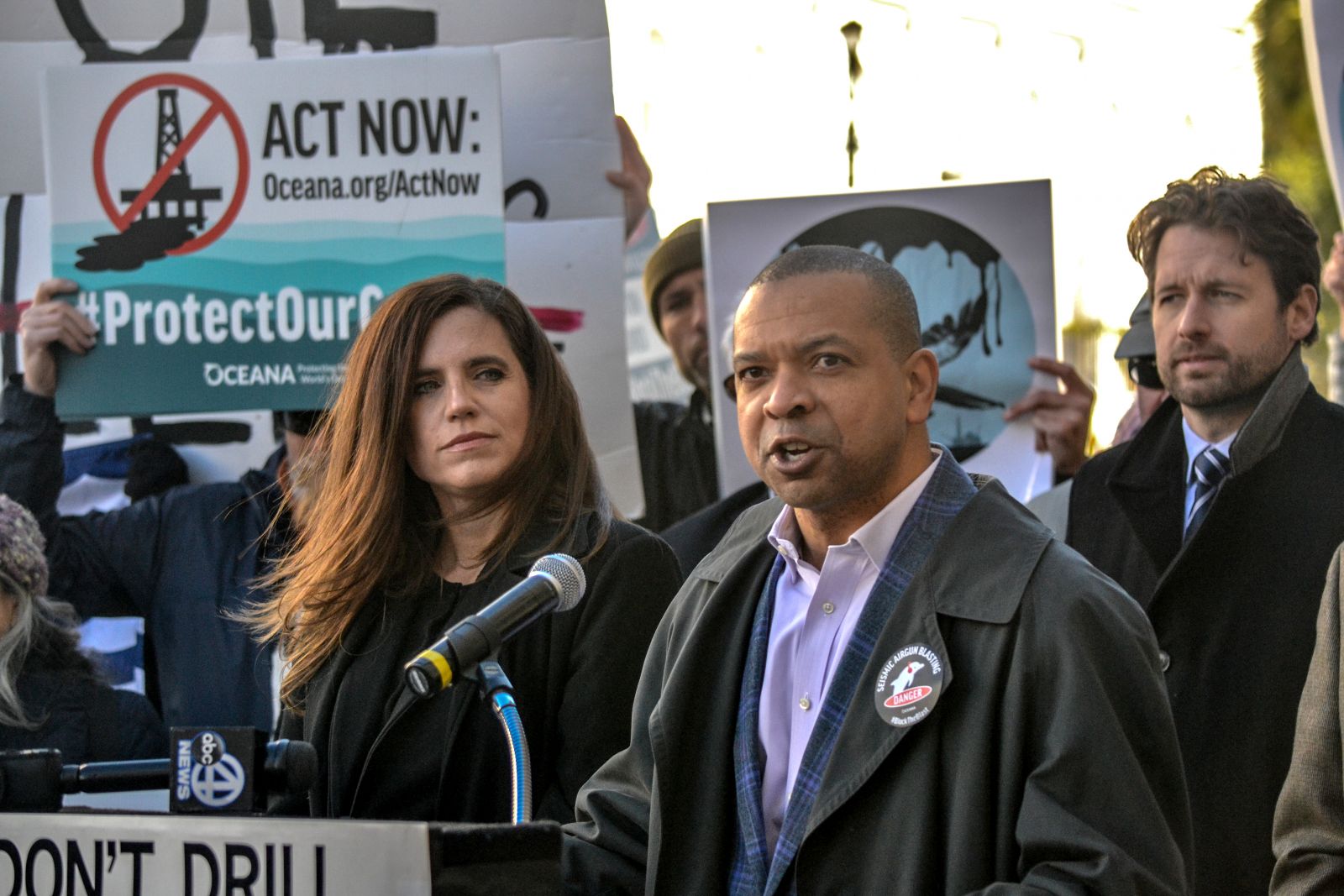 Incumbent Democrat Joe Cunningham is getting blasted over his alleged ties to offshore drilling interests in a new television advertisement launched by the National Republican Congressional Committee (NRCC). The thirty-second spot – entitled “Too Slick” – contrasts Cunningham’s much-ballyhooed opposition to offshore drilling with his acceptance of “thousands of dollars from big oil and gas interests.”

One particular contribution – linked to a London-based energy conglomerate BP – was singled out in the advertisement to great effect, invoking the infamous 2010 Deepwater Horizon oil spill.

“Cunningham has even taken money from a lobbyist for BP, the oil company responsible for the largest offshore drilling spill in history,” the ad’s narrator stated.

Unlike prior RNCC broadsides against Cunningham, this one strikes us as effective – raising doubts in the minds of voters as to his signature issue (not to mention the very issue he is using to attack Nancy Mace, his opponent in this fall’s first congressional district election).

But the real story here isn’t the advertisement itself … it is what it signals.

According to our sources, this spot represents the tip of a $10 million spear intended to counter the deluge of special interest money being spent on Cunningham’s behalf in what is arguably the most competitive congressional district in America.

Republicans will need to effectively target every penny of that haul, too … especially with über-liberal groups like 314 Action bankrolling Cunningham’s candidacy.

Cunningham narrowly captured this Lowcountry coastal seat in 2018 thanks in no small part to former U.S. congressman Mark Sanford – who represented the first district from 1995 to 2001 (and again from 2013 to 2019). Sanford’s refusal to endorse GOP nominee Katie Arrington two years ago after she defeated him in the Republican primary helped to divide the GOP base – while Cunningham (an ostensible “ocean engineer“) was able to successfully position himself as a moderate with voters.

In a way, Cunningham’s victory represented the “segmentation and suppression” strategy this news outlet has talked about for years … only Democrats didn’t actively implement it, Sanford gifted it to them.

Also worth recalling? Cunningham’s plan was never to win the 2018 election. His goal in running was to build up his name identification (and grassroots/ donor network) so he could run for mayor of Charleston the following year.


We’re told the RNCC is dropping an estimated $500,000 on its first television blitz against Cunningham – part of a commitment of at least $2 million. The Congressional Leadership Fund is reportedly good for another $3 million. Other groups – including the Club for Growth – are expected to throw in additional seven-figure support behind Mace’s candidacy.

Meanwhile, Mace has proven herself an adept fundraiser … so her campaign organization is probably good for at least $2 million on its own.

Will all of that be enough for the GOP to reclaim the seat held for nearly four decades prior to Cunningham’s 2018 upset?

Cunningham has made few missteps during his first term in office (and as we have previously noted the so-called “centrist” has received some surprising backing from Republican politicians and fiscally conservative advocacy groups).

Mainstream media outlets in the district also fawn over him daily.

And of course he will receive every bit as much special interest support as Mace … if not more.

Still, the first district was won by U.S. president Donald Trump in 2016 by a whopping thirteen percentage points – and we are very interested in seeing the extent to which the so-called “hidden Trump vote” manifests itself in 2020.

by Will Folks
Will FolksFebruary 5, 2022December 21, 2022
South Carolina Politics