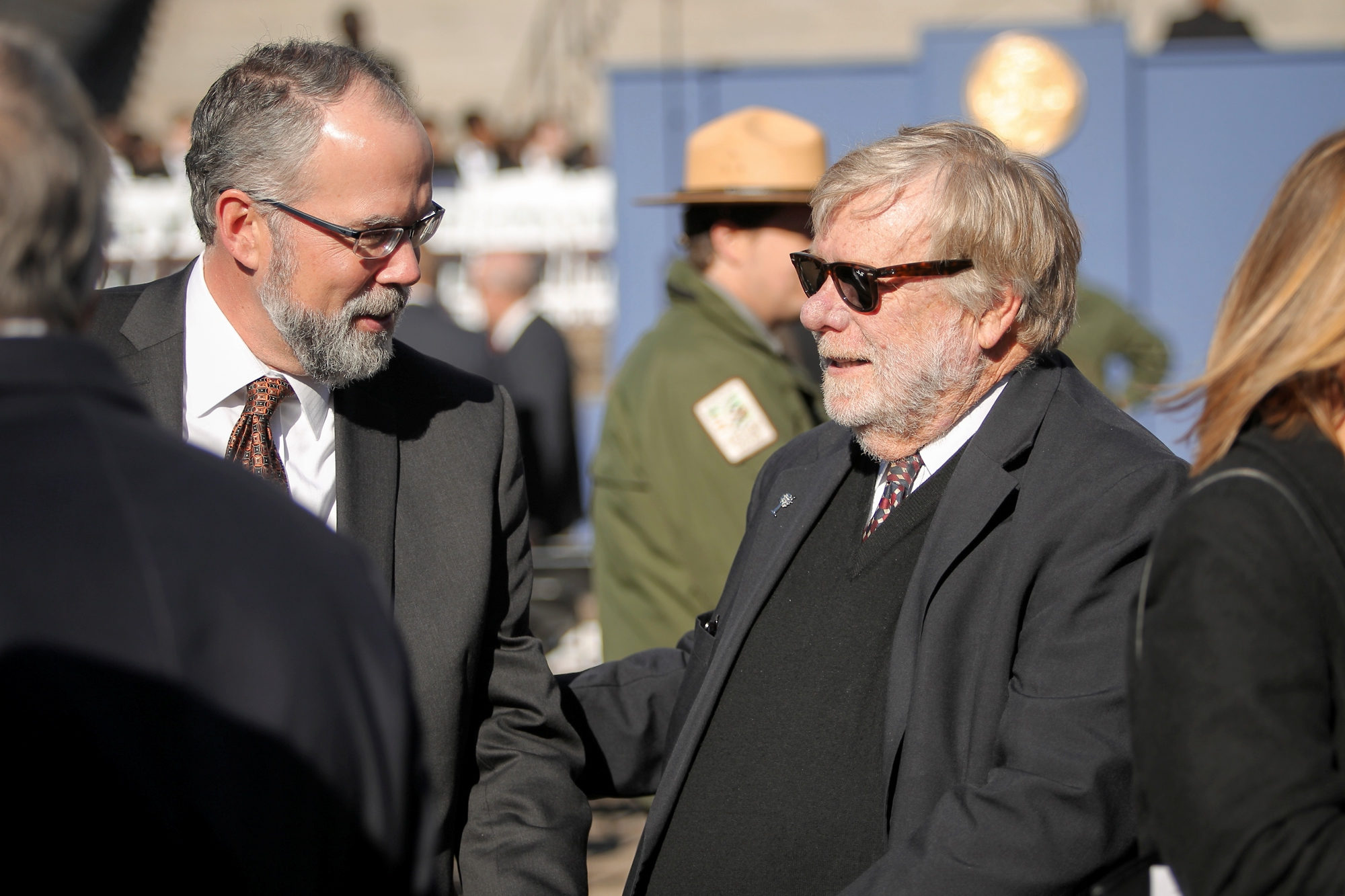 This news outlet strenuously opposed this pay-to-play deal from the very beginning, but state lawmakers – goaded by the administration of governor Henry McMaster – approved it even after Harpootlian and Gunlaugsson revealed how Commerce officials had inflated both employment and capital investment estimates related to the project.

As a result of the bill being approved, tens of millions of tax dollars are now being diverted from core infrastructure needs to a costly, unnecessary interchange. Also, the state’s already onerous income tax burden will be shifted even further onto the backs of small businesses thanks to a massive $110 million carveout for Panthers’ employees.

Sadly, this huge corporate giveaway – which continues to expand, incidentally – is part of a much larger secret spoils system in which billions of dollars in taxpayer money is siphoned to select recipients with virtually no transparency, oversight or accountability.

On Thursday, the S.C. Legislative Audit Council (SCLAC) issued a damning report (.pdf) of the various “incentive programs administered by the S.C. Department of Commerce.” This report reviewed more than 972 crony capitalist projects undertaken between January 2009 and September of 2019 – deals which doled out at least $750 million in direct taxpayer-funded incentives (and billions more in “potentially reimbursable eligible costs” that have yet to be claimed).

Worth noting? The review did not address the hundreds of millions in local tax revenue doled out in pursuit of these “economic development” opportunities.

At the state level, though, what auditors found was shocking …

According to the report, Commerce continues to use a 25-year-old cost-benefit model to predict the number of jobs and the amount of capital investment each individual project will generate – a model which artificially inflates both numbers. The agency also fails to conduct fiscal impact studies to determine whether its investments actually paid dividends for taxpayers – let alone where those subsidies were “captured” within the free market.

And when it comes to verifying the actual number of jobs created, Commerce officials are literally regurgitating the information provided to them by companies receiving payouts.

Get this: Commerce actually claimed its executives use the “honor system” to hold their corporate cronies accountable for the promises made at ribbon-cutting ceremonies.

“The honor system? Really?” Harpootlian asked, incredulously. “On the front end they are making it up and on the back end they don’t care because the jobs have already been announced.”

Meanwhile, the report revealed that the S.C. Department of Revenue (SCDOR) is not completing required audits of all the companies receiving all of this taxpayer-funded largesse – although among the reviews it is conducting, 95 percent of them have uncovered “discrepancies.”

Believe it or not, it gets worse …

The problem? According to the audit, this fund is being used to “make disbursements that are normally not allowed, or limited, pursuant to state law.” Specifically, these disbursements include “the purchase of alcohol, meals and entertainment for members of the business community.” Funds are also expended on “travel and costs for attending economic development conferences and groundbreaking ceremonies.”

In many situations, “spouse travel” is also permitted.

According to auditors, this program – which expended nearly $900,000 in 2018 – lacks guidelines to prevent conflicts of interest, specifically from companies looking to “leverage their contributions” into applications for grants and tax credits.

In fact, the audit determined there are “no internal guidelines regarding the avoidance of conflicts of interest between companies that donate to the Palmetto Partners program and also apply for JDCs (job development credits) and grants.”

In other words, this program – like a politician’s campaign account – is an open invitation for companies looking to grease the palms of the bureaucrats who dole out the taxpayer-funded favors.

Which makes it an open invitation to corruption …

Every bit as disappointing as the findings of the damning SCLAC audit was the response of the McMaster administration – which consisted of a full-throated defense of embattled Commerce secretary Bobby Hitt as well as attacks against the integrity of the auditors.

According to reporter John Monk of The (Columbia, S.C.) State newspaper, McMaster spokesman Bryan Symmes claimed auditors had been “called upon to deliver a political result.”

Powerful S.C. senator Hugh Leatherman also defended Hitt and the agency, telling Monk the Commerce secretary “will do what needs to be done” to address the issues raised in the report.

“I’m primarily bothered by the fact the governor’s office decided to shoot the messenger rather than examine the message,” Harpootlian told us. “The (SCLAC) report is based on fact – FACT – that the department of Commerce is using a twenty-year old formula to, I think deliberately, overstate the estimates of jobs they are bringing in.”

Harpootlian once again cited the demonstrably false numbers Commerce put forward during the debate over the Panthers’ incentive deal, saying “they have done absolutely nothing to change that.”

Indeed, the audit report specifically addressed the Panthers’ bailout – concluding that Commerce’s job creation model was “not designed to analyze the economic impact of providing incentives to professional sports teams” and that as a result, its estimates were “not accurately determining the economic and fiscal impact” of the project.

This confirms what Gunnlauggson – a former Commerce official – warned state leaders about months ago regarding the Panthers deal.

“I really hope the legislature takes this as a call for changes, which necessarily need to include tax reform that encourages growth of ALL businesses and not just those few getting the special incentives and tax breaks,” Gunnlauggson told us.

Harpootlian – a top target of “Republican” lawmakers this fall – made it abundantly clear to us that he has no intention of letting Commerce off the hook. One of ten lawmakers who requested the SCLAC audit, the reform-minded Democrat has also been at the forefront of an equally important effort to enhance transparency when it comes to other areas of state spending – particularly pet projects that lawmakers subsidize through so-called agency “pass-throughs.”

He didn’t mince words or mind ruffling feathers in that fight, nor is he doing so in this battle.

“They continue to brag about jobs that they can’t prove were created – that you can in fact prove weren’t created – and accomplishments that are spurious at best,” the sharp-tongued trial lawyer told us. “When the governor’s office and Hugh Leatherman say we have created all these jobs, how do we know they are telling the truth? The other really big question is this: If those numbers are even correct, what did we spend to get those jobs?”

Harpootlian was one of two state senators who called on Hitt to resign Thursday in the aftermath of the audit’s release.

“He’s a PR guy – that’s all he’s ever done,” Harpootlian said, referring to Hitt, who was appointed by former governor Nikki Haley. “And he has pulled the wool over the eyes of some of the smartest, most powerful people in the state because he makes them look good.”

“You can claim he cured cancer,” Harpootlian added, “but that doesn’t mean he did.”

Senator Wes Climer of York, S.C. – who was on the opposite side of Harpootlian on the Panthers’ deal – echoed his call for Hitt’s resignation, arguing that Commerce had “no idea” whether the investments it was making with taxpayer funds were worthwhile.

Indeed … and this is the agency McMaster wants to lead the massive government response to the coronavirus pandemic?

As for this news outlet, we have a long (and proud) history of opposing crony capitalist handouts being doled out to select corporations from compromised government officials.

“Subsidies like this are pure theft – taking money from individual taxpayers and small businesses lacking in political clout and transferring it to corporations that have it,” we wrote four years ago. “Sure, jobs are often created as a result of these subsidies, but no one ever bothers to count the jobs that are lost – or the economic activity that doesn’t take place because all of that money got vacuumed out of the consumer economy.”

Apparently no one has been bothering to count the jobs that were allegedly added, either …

We will continue to applaud lawmakers like Harpootlian and Climer who are pushing for transparency, oversight and accountability when it comes to the awarding of hundreds of millions of tax dollars. Meanwhile, we will continue to rebuke status quo politicians like McMaster and Leatherman – and ineffectual bureaucrats like Hitt – who are propping up this corrupt system.

Most importantly, we would reaffirm the words of Gunnlauggson – who called for a level playing field in terms of businesses receiving government largesse (or a break from oppressive taxation). After all, South Carolina has unfairly rewarded large corporations on the backs of small businesses and individual taxpayers for far too long … with far too little to show for it.

If this report doesn’t prove it is time for a change, nothing will …