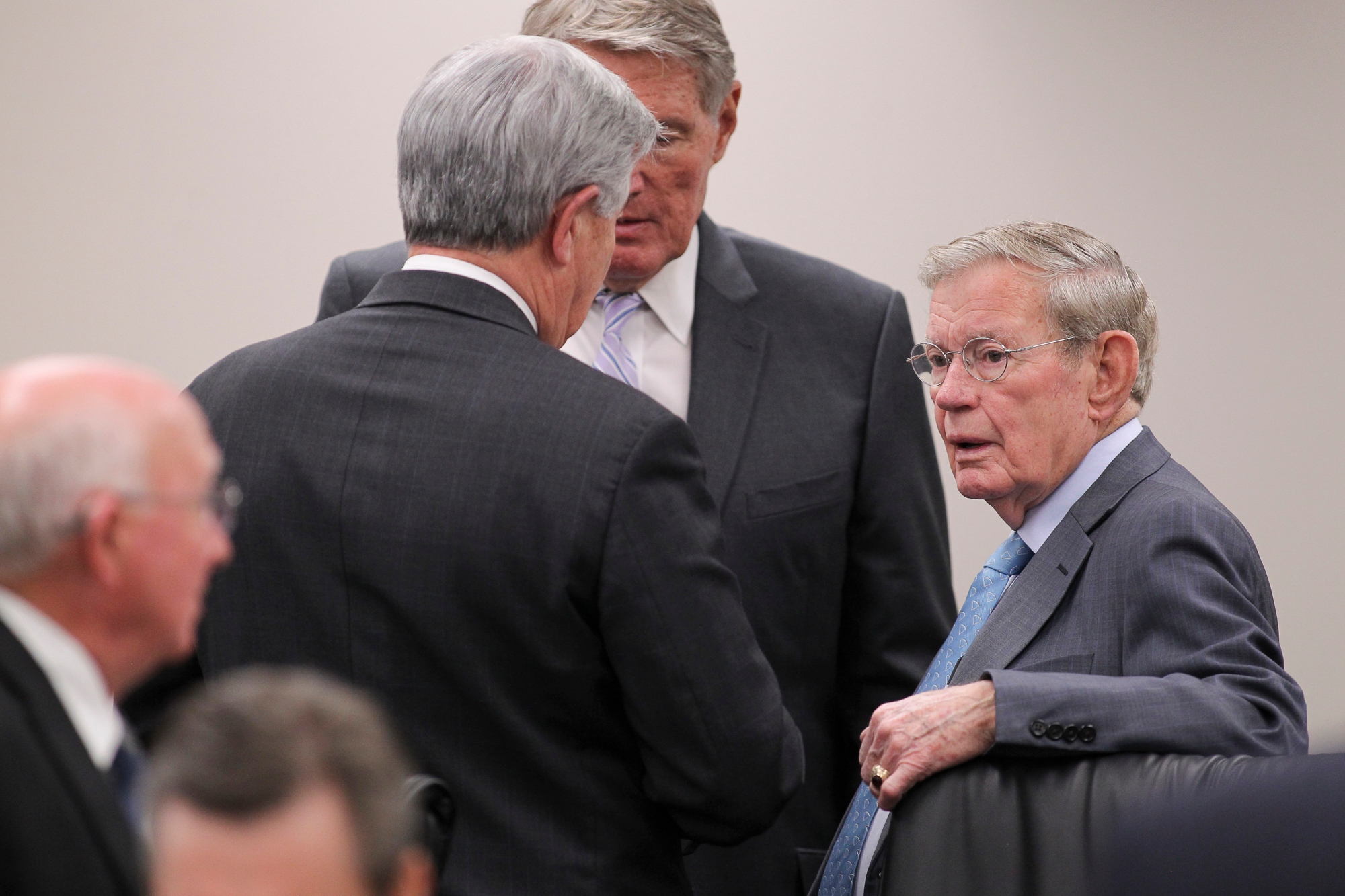 Powerful South Carolina Senate finance committee chairman Hugh Leatherman will seek an eleventh four-year term in office in 2020, news that is likely to deflate fiscal conservatives who believed this would be his final term in office.

“People ask me why you want to continuing being a senator,” Leatherman told reporter Matthew Christian of The Florence Morning News. “And this will sound corny to you but I’ll tell it anyway. I came to Florence, South Carolina, in 1956, and South Carolina’s been good to me and my family, and I want to leave it better than I found it.”

Leatherman wants to leave the state better than he found it?

We hate to break it to the 87-year-old legislative institution, but if that is his goal – he is failing. And failing miserably. On virtually every front imaginable.

In fact, the only thing Leatherman has succeeded in doing during his lengthy tenure as the de facto dictator of the Palmetto State is to make failure more expensive.

First elected in 1980, Leatherman and state senator Harvey Peeler of Gaffney, S.C. are the two longest-tenured state senators – although senator John Matthews of Bowman, S.C. has been a lawmaker since 1975 – spending ten years in the S.C. House prior to becoming a senator in 1985.

No one in Columbia, S.C. comes close to rivaling Leatherman in terms of his influence, though.

The personification of the legislative state, Leatherman is where reform goes to die, people … and he is proud of it.

According to a source close to the fiscally liberal leader, he once described the efforts of former governor Mark Sanford to restructure state government as being akin to “footsteps on the beach.”

“When my tide comes in, you’ll never even know he was there,” Leatherman reportedly said.

Health issues have dogged the diminutive ex-Democrat for more than a decade, though. In December 2014, Leatherman collapsed at a museum opening in Florence, S.C. and nearly died.  Six years before that he had some sort of seizure at a restaurant in Columbia, S.C.

Leatherman supporters claimed in 2016 that he would leave office at the end of his current term … but we knew better. In fact, sources close to the Lincoln County, North Carolina native have told us repeatedly that he will never give up his seat.

“The funerals are bigger when you die in office,” Leatherman once reportedly told a confidant, half-joking.

Not only that, Leatherman has proven adept at gaming the system to score lucrative government contracts. Our guess is he has no intention of giving up that sort of self-serving influence without a fight.

So far, we have heard no rumblings of anyone looking to challenge Leatherman for his seat.