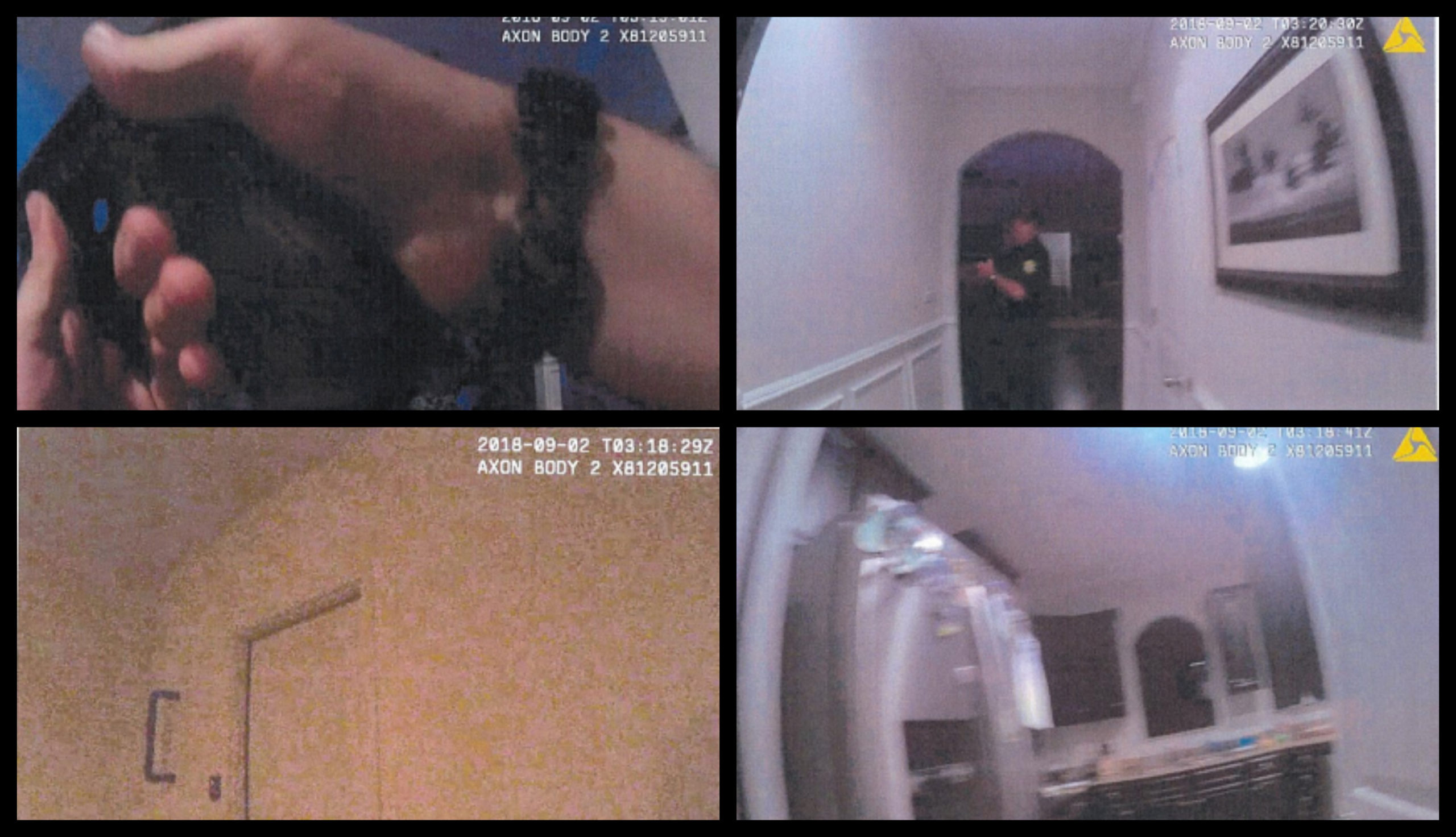 Two years ago, two Richland County Sheriff’s Department deputies illegally entered a Chapin, South Carolina home with their weapons drawn and woke up a family to arrest a woman for a traffic violation, according to a lawsuit filed on Friday.

Now, Katherine Tompeck (the woman who was arrested) and her boyfriend Kevin Morris are suing Richland County, the Richland County Sheriff’s Department, and deputies Kyle Oliver and Michael Caughman for personal injury.

The lawsuit was filed as nationwide unrest swirls around the death of Breonna Taylor, who was killed in her bedroom in Louisville, Kentucky by police officers who were serving a no-knock warrant.

The lawsuit describes a similar situation where police unlawfully enter a home in the middle of the night and terrify residents by waking them up at gunpoint.

Unlike the Breonna Taylor case, the Richland County deputies did not pull the trigger and no one was physically hurt in the incident. However, the lawsuit claims that the Chapin family suffered serious emotional trauma from the incident.

On September 1, 2018, Richland County deputies Kyle Oliver, Michael Caughman, and another unnamed deputy (referred to as “John Doe” in the lawsuit) responded to a report of a vehicle driving recklessly on and off the roadway around Saucer Way in Chapin, South Carolina.

On scene, Oliver and Doe spoke with alleged witnesses, who told police they saw a vehicle driven by a woman in a ditch. When the witness approached the vehicle, the woman accelerated out of the ditch, striking trees along the way, according to the lawsuit.

The witnesses told police they then followed the woman and watched her park her car and enter a home on Saucer Way.

However, the lawsuit states that the deputies never asked for a description of the suspect or the vehicle.

After speaking with the victims, the deputies drove to the home where witnesses said the suspect lived.

While approaching Tompeck’s home, Doe can be heard on an audio recording saying “all we’re going to do is scare the hell out of her,” the lawsuit said.

The two deputies then “discussed their plans to detain a female subject, despite not obtaining any physical description of any female subject nor applying for any type of search or arrest warrants,” the lawsuit said.

They ran the license tag from the vehicle parked in the driveway and found out it was registered to Tompeck.

Oliver and Doe then entered the property without a warrant and looked into the vehicle — already violating Tompeck’s Fourth Amendment rights, according to the lawsuit.

Sometime after midnight, the deputies knocked on the door while the family were likely sleeping inside. When there was no answer, Oliver and Doe then illegally entered the home through the garage, according to the lawsuit.

Again, the officers did not have a search warrant to do this and the residents in the home did not provide them oral or written consent, according to the lawsuit. This was another violation of Tompeck’s fourth amendment rights.

While searching the home, the deputies drew their service weapons, according to the lawsuit.

After searching upstairs and downstairs, the deputies then entered a bedroom where Tompeck, her boyfriend Morris, and their small child were all sleeping in bed.

“Oliver then awoke Morris at gun point, demanded Morris show his hands and inquired where Tompeck was located,” the lawsuit said.

Oliver then “lied” and told Morris that the door of the home was open, “when it was in fact closed, as evidenced by Oliver’s body camera footage,” the lawsuit said.

The two officers ordered Morris to wake up his girlfriend and told her to go outside and speak with the officers in the driveway, according to the lawsuit.

Considering the fact that the officers had “no legal authority” to enter the home, draw their weapons, and force the residents outside of their home, Oliver’s actions “satisfy the requisite elements of the crimes of burglary and kidnapping,” the lawsuit said.

Tompeck was then questioned in her garage, but considering police did not have a description of the suspect or the vehicle, they had no way of knowing she was the suspect described by witnesses, according to the lawsuit.

Oliver then arrested Tompeck and took her to the police car, where she was detained for more than three hours while the sheriff’s office sent Caughman and other deputies to the home to investigate the alleged reckless driving incident, according to the lawsuit.

For hours, blue lights from multiple cop cars beamed from Tompeck’s home — drawing further attention to and embarrasment for the family, the lawsuit said.

While she was in the vehicle, Oliver made “demeaning and inappropriate comments” about Tompeck to her boyfriend, according to the lawsuit.

The officers did not allow Tompeck to retrieve any shoes or clothing from her house to “further harass and humiliate her,” the lawsuit said.

Tompeck was charged with reckless driving and taken to the Alvin S. Glenn Detention Center.

A few weeks after she was released from jail, Tompeck’s attorney filed a Request for Information Pursuant to Rule 5 of the South Carolina Rules of Criminal Procedure (known as a Rule 5), along with a Brady motion, and a Freedom of Information Act request for all evidence pertaining to the case.

When the Richland County Sheriff’s Department failed to respond to the Rule 5 request within 30 days, Tompeck’s attorney filed a motion to dismiss the reckless driving charge and asked the sheriff’s office to open an internal investigation regarding the deputies’ illegal search and seizure, the lawsuit said.

On Nov. 9, 2018, the Richland County Sheriff’s Department responded to Tompeck’s FOIA request, and told her it would cost $1,720 — for material that should have been given to her by the Rule 5 request.

Finally, on Nov. 15, 2018 the sheriff’s department responded to the Rule 5 request and provided reports, 911 audio and body cam footage.

However, Tompeck’s attorney noticed that the body cam footage was missing several hours of tape.

Oliver’s body camera footage from that night only lasted 50 minutes — while he was on scene for more than three hours, according to the lawsuit.

Deputies Oliver and Doe deprived Tompeck and her family of their Fourth Amendment rights guaranteeing citizens the right “to be secure in their… houses.. against unreasonable searches,” the lawsuit said.

The deputies’ “conduct” of entering into Tompeck’s home, waking her family up at gunpoint, and forcing them from their home “deprived the plaintiffs of their civil liberty without justification.”

Tompeck and Morris are also suing the sheriff’s office and deputies for trespassing, invasion of privacy, gross negligence, intentional infliction of emotional distress and malicious prosecution.

The Sheriff’s Department and Richland County’s conduct was “so extreme and outrageous as to exceed all possible bounds of decency and must be regarded as atrocious and utterly intolerable in a civilized society,” the lawsuit said.

Mount Pleasant Attorney Ryan Andrews is representing the plaintiffs in the case.