Haley screwed the pooch … dealing a major blow to the latest round of buzz surrounding her vice presidential aspirations.

While other governors were aggressively putting the kibosh on the programs following last week’s terrorist attacks in Paris, Haley – who has embraced the refugee resettlements – was equivocating.  In fact it wasn’t till pressure had ramped up to a fever pitch in the Palmetto State that her administration finally made a “request” to the U.S. State Department to block Syrian refugees from coming to South Carolina.

The boldest criticism of Haley came from Upstate S.C. Senator Kevin Bryant – who called her administration out for its failure to heed the will of the people. 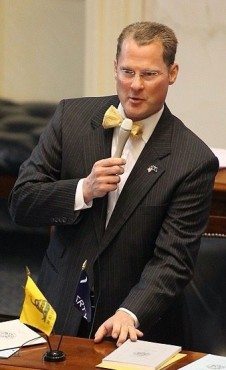 “The citizens of Spartanburg County pleaded with you back in the Spring to halt the influx of unknown and unaccountable strangers into their community,” Bryant wrote in a letter to Haley.  “The promises of the Obama Administration that it had vetted these individuals probably mirrored those given by the European Union to Parisians – and see where we are now.  We simply cannot welcome potential terrorists as ‘refugees’ from jihadist strongholds in the Middle East and Africa.”

“Your record of support for this program must end – today,” Bryant added.  “I again join my colleagues in the General Assembly and implore you to cancel the agreement that you and the South Carolina Department of Social Services have made with third party groups to provide shelter to these potential terrorists. Your first duty is to South Carolina and her citizens. Please do not fail them.”

That’s actually what we’ve called on Haley to do from the beginning of this drama: Stop the program.

She never should have started it in the first place, actually – in fact she was specifically enjoined from doing so by budget writers in the S.C. General Assembly.

But she didn’t listen … running the resettlement scam out of her scandal-scarred S.C. Department of Social Services (SCDSS) even though it received no affirmative vote from the local county council (as was required by the state budget proviso).

Now that Haley has been backed in a corner and forced to address the issue, do her words provide South Carolinians with any protection?

“I have asked Secretary John Kerry and the United States Department of State to suspend efforts to resettle Syrian refugees in South Carolina,” Haley wrote in a letter (.pdf here) to fuming legislators. 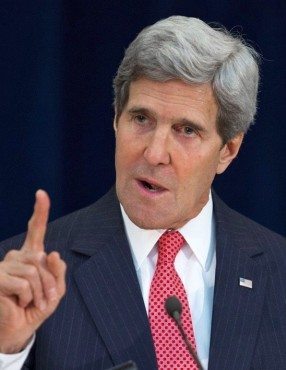 Meanwhile in a separate letter to Kerry (.pdf here), Haley requested that his agency “not resettle any Syrian refugees in South Carolina.”

But do Haley’s letters do the trick?  No … not even a little bit.

Aside from the passive nature of Haley’s communiques (i.e. “requesting” not “informing”), it’s not clear whether she has the authority to pick and choose which refugees South Carolina accepts once it has agreed to participate in the program.  Once states bind themselves to take refugees, they haven’t historically been permitted to change the terms of the arrangement.

More to the point, excluding Syrian refugees from the influx of new Palmetto State dependents doesn’t necessarily mitigate the threat of Muslim extremists using the program to gain a foothold.   And it certainly doesn’t put a stop to the costs associated with caring for these refugees.

For that to happen the program must stop, period.

In fact several state lawmakers – led by S.C. Rep. Donna Hicks of Spartanburg – are pushing for Haley to call off the resettlements altogether.

As we reported exclusively back in April, previous resettlement campaigns couched as “evangelical” efforts have in reality been front groups for liberal campaigns like the National Immigration Forum – a group that’s received funding from organizations affiliated with billionaire liberal financier George Soros.  In fact one of the groups receiving funding from Soros – the so-called “Evangelical Immigration Table” – has a South Carolina presence.  Also, World Relief – the group which has ingratiated itself with several Upstate religious organizations in an effort to facilitate the resettlements – receives the vast majority of its funding from taxpayer-funded grants.

Which brings us to our fundamental problem with the resettlement program: It is using tax dollars to impose new, long-term burdens on taxpayers at a time when they simply cannot afford it.

That’s been our concern all along … we cannot afford it.