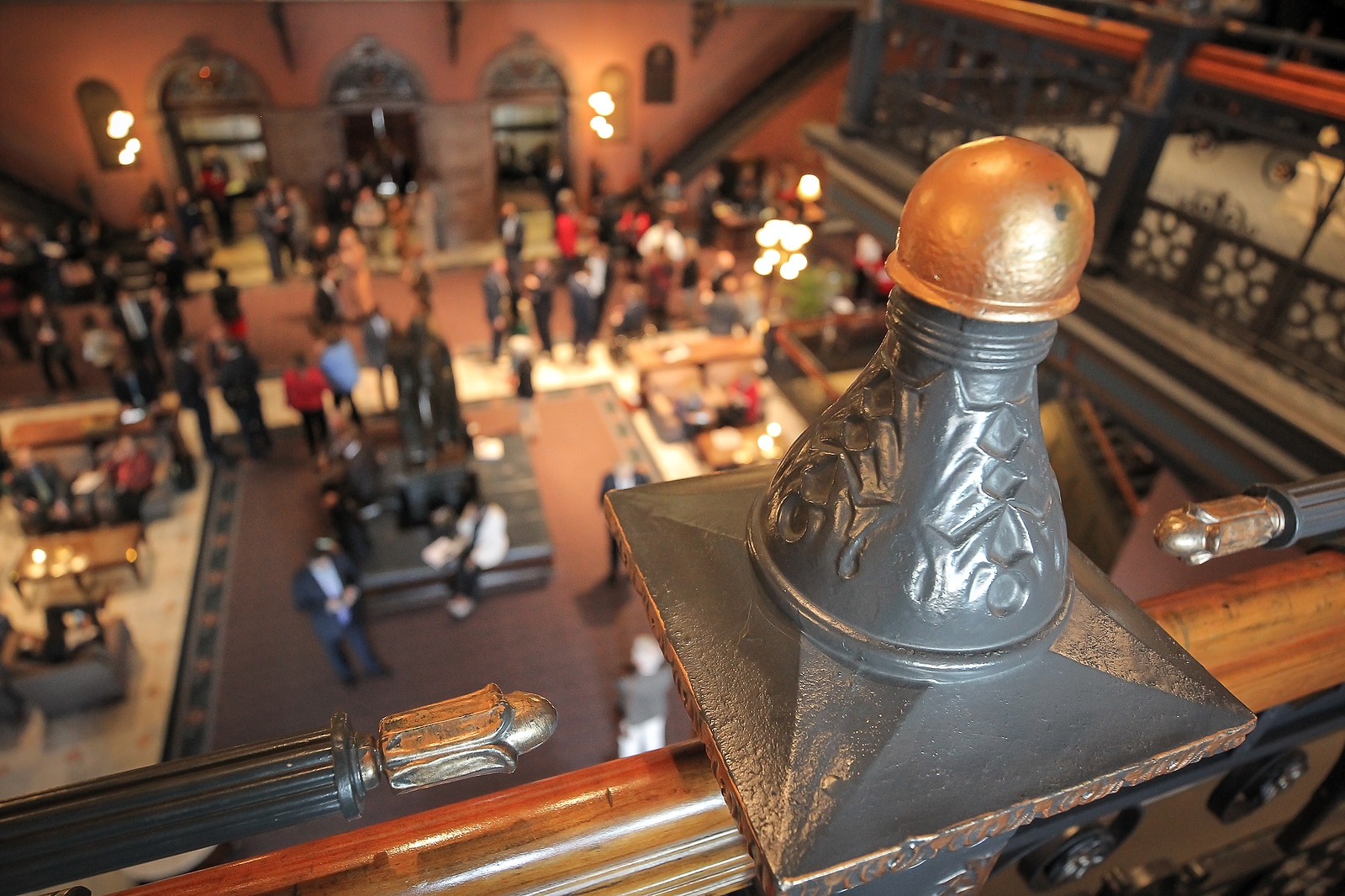 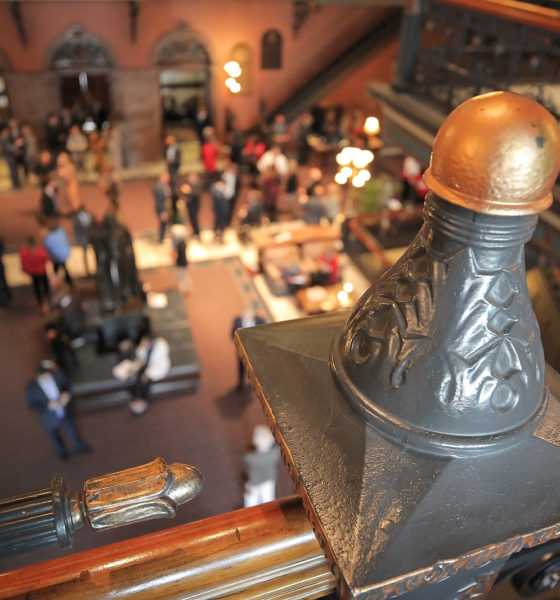 So much for a “more conservative” GOP majority …

So-called “Republican” leaders in the South Carolina General Assembly are putting the finishing touches on what is projected to be a record-setting $32.1 billion state budget for the coming fiscal year – a spending plan which includes tens of millions of dollars in political pork as well as automatic funding increases for dozens of dysfunctional bureaucracies.

Will this latest annual exercise in rewarding failure do anything to materially impact the Palmetto State’s trajectory on a host of critical metrics?

No, it will not … especially as budget writers continue to shortchange core functions of government at a time when they are needed more than ever.

While shafting cops and courts, these “conservative” legislators are also embracing all manner of corporate welfare – without giving so much as a dime in tax relief to individual income earners or small businesses. They also continue to subsidized the woke indoctrination of future generations of taxpayers via an increasingly unaccountable system of higher education.

Is this what taxpayers envisioned when they endowed the GOP with near-supermajorities in both the S.C. House and State Senate last fall?

No … but sadly the GOP’s addiction to results-challenged fiscal liberalism is nothing new. Nor is it a secret. Last year, in fact, a national pro-taxpayer group ranked the Palmetto State as the “most liberal” GOP-controlled legislature in America.

According to news editor Rick Brundrett of The (Columbia, S.C.) Nerve, the current version of the spending plan set to go in effect on July 1, 2021 will include $1.8 billion in new state funding. Despite this massive surplus, though, the budget “doesn’t authorize any refunds to state taxpayers.”

That’s right … not a single dime is going back to the people.

What does it authorize?


Among other glaring examples of non-essential spending, the fiscal year 2021-2022 budget would set aside $200 million for the state’s chronically mismanaged government-run ports agency – which has already been authorized to borrow a whopping $550 million on a new port terminal and related infrastructure.

The plan also proposes to blow $23.2 million on a 23-acre parcel of land on James Island, S.C. – which the state intends to conserve in perpetuity. Another $20 million is headed toward a state-run tourism marketing campaign – even though the industry is bouncing back just fine without such expenditures. Another $8.3 million has been set aside as part of a market-distorting corporate welfare package for Modesto, California-based E&J Gallo Winery – which in addition to a new distribution center aims to set up retail locations that will directly compete with mom-and-pop liquor stores.

That’s right … “Republican” lawmakers are literally paying a multi-billion dollar out-of-state company to put its own small businesses out of business.

This is just the beginning of the profligacy, though.

Former S.C. House majority leader Bruce Bannister has pushed through a $19 million earmark for a proposed convention center in downtown Greenville, S.C., while powerful ways and means chairman Murrell Smith has secured $5 million for renovations to an opera house in his hometown of Sumter, S.C. Another $1.5 million was secured by state representative Joseph Daning for an ampitheater in Goose Greek. S.C.

These are just a handful of the local “tourism, recreation and sports” earmarks currently being funded with state tax dollars. There are dozens of similar items totaling $54.9 million.

And while some money has been earmarked for what appears to be legitimate law enforcement purposes, GOP lawmaker Brandon Newton has secured $340,000 for the city of Lancaster, S.C. to purchase a new armored vehicle.

Seriously? An armored vehicle? In Lancaster?

According to my sources, this list – which was current as of June 8, 2021 – is being expanded as lawmakers receive increasingly optimistic budget projections for the coming year.

Once again, though, tax relief for the South Carolina citizens and small businesses providing all of this largesse is not even up for consideration … even though the budget has grown by an average of $1 billion a year over the past ten straight years.

In addition to subsidizing all of these non-essential items, “Republican” lawmakers continue pouring billions of dollars into an antiquated, byzantine maze of bloated bureaucracies which have proven utterly ineffective at advancing academic, economic or public safety outcomes in the Palmetto State.

Yet every year, like clockwork, these agencies receive more money – whether they are doing a good job or not.

Lawmakers have also failed to divest the state of debt-addled entities which should not be funded by government in the first place. Entities like the aforementioned ports authority or, more notoriously, the state’s politically run electricity monopoly – Santee Cooper.

Santee Cooper is billions of dollars in debt in the aftermath of its involvement in the botched construction of a pair of since-abandoned nuclear reactors – a failed command economic development boondoggle advanced by liberal GOP legislators like S.C. Senate judiciary chairman Luke Rankin.

Lawmakers also continue to subsidize all manner of leftist indoctrination at the state’s bloated network of colleges and universities – institutions which I have long argued should be set free to pursue their destinies in the private sector.

Once again … what was the point of electing so many “Republicans” fast fall?

Sadly, South Carolina governor Henry McMaster is part of the problem when it comes to this ongoing charade – having never once lifted his veto pen in any meaningful form or fashion to try and block the wasteful spending. He and other fiscally liberal GOP leaders have been challenged on the spending front recently by Upstate businessman John Warren – although it remains to be seen whether this criticism will morph into political action/ electoral challenges.

McMaster also continues to enjoy the support of the man who gifted him the governor’s mansion, former U.S. president Donald Trump. With Trump’s sustained backing, he will be difficult to beat in the 2022 election cycle …

Bottom line? GOP leaders have done absolutely nothing to reduce the tax burden on South Carolinians in the eighteen years since they took control of state government. Instead, they have chose to follow the model of their Democratic predecessors and grow government at obscene levels – absent any accountability and absent any positive results for the people they are supposed to be serving.

Things were supposed to change this year following the 2020 Republican electoral romp … but the GOP actually went further off the deep end on spending than ever before.