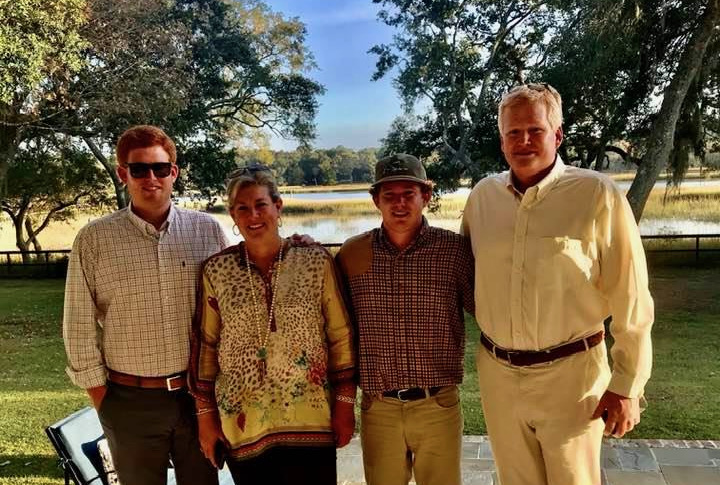 Growing up, I used to love playing the board game Clue (and the movie with Tim Curry is pretty good, too, in case you haven’t seen it). I was also raised on Agatha Christie novels – especially those involving the famous Belgian detective Hercule Poirot. As an adult, I must confess a weakness for all manner of television whodunits – including Bosch, Broen, Broadchurch, Dublin Murders, Endeavor, The Fall, Fargo, Luther, The Pembrokeshire Murders and Ripper Street, just to name a few.

My better half informs me there is also demand for true crime dramas (including documentaries and podcasts related to famous real-world murders) … although this is a genre with which I have limited familiarity.

Still, there is something irresistible about a murder mystery … an indescribable allure which gravitationally draws us into its unknown, often unexpected (and heart-pumping) twists and turns.

The tension and release associated with the “hunt” is primal … rhythmic.

Titillation aside, though, what is the real reason we follow these stories? Are we predisposed toward the macabre? Or is there something metaphysical about death’s finality that lends significance to these stories? Like when we skip all the way to the end of someone’s Wikipedia entry to see how they kicked the bucket?

Or … is there an appeal here that is more altruistic? Meaning, do these stories suck people in because they have a genuine desire to see justice done on behalf of the victims? And done to the perpetrators?

Or … are we all just incredibly bored with our various first-world problems and in search of something to pass the hours?


The case of the Murdaugh Murders in rural Colleton county, South Carolina has obviously sparked such ruminating in my mind. Beyond that, though, it has sparked intense societal speculation across the state – and the nation – as to who may have been responsible for these savage slayings (and what may have motivated their actions).

In fact, don’t be surprised to see this story chronicled in one of those true crime dramas one day … an episode which is likely to be a ratings bonanza for whatever network or production company gets the inside scoop.

As much as I love a great detective drama, though – I am not a detective. Nor am I going to try and play one on the internet.

Last week’s murders of 22-year-old Paul Murdaugh and his mother, 52-year-old Maggie Murdaugh, are (for the moment, anyway) mysteries. As of this writing, police have identified no suspects in connection with the killings and discussed nothing related to a narrative – or a possible motive – for the crime. Nor have they said anything about whether the victims – members of one of the Palmetto State’s wealthiest, most influential families – were even killed by the same person (or persons).

There has been zero public discussion of any promising leads, tips or any other avenues of possible inquiry … nor have there been any sustained, high-level appeals for public assistance. No sketches or descriptions of potential perpetrators have been released – nor have there been any “all-points bulletins” issued – and state and local law enforcement agencies have insisted from day one there is “no danger to the public.” Also, neither the Murdaugh family nor the influential local law firm with which it is associated have put up a dime of reward money for information leading to the identification or capture of the killers.

Instead, they have asked for “patience.”

“If something like that had happened to one of my lawyers and their family you better believe I’d have posted a reward,” one prominent Palmetto State attorney told me Sunday.

Again, though, all we know for sure at this point is that there is an ongoing inquiry into what investigators have termed a “double homicide.”

Ever since my news outlet broke the news of these savage slayings a week ago, I have taken great care not to speculate as to who may have been responsible for the barbarity that went down after 9:00 p.m. EDT last Monday on the Murdaugh’s 1,700-acre hunting property near Islandton, S.C. (known locally as “Moselle”).

Instead, I have relied on my established network of law enforcement and prosecutorial sources to either confirm or deny (to the extent they are able to do so) credible information regarding the ongoing investigation into the killings.

Obviously, the confirmation these sources have been able to supply to me – much like the information released to the public – has been limited to nonexistent. And while understandable under the circumstances, that has nonetheless been very frustrating. In this case, though, it has also been concerning given the extent to which the Murdaughs wield inordinate influence over law enforcement, prosecutors and other public officials in the South Carolina Lowcountry.

A third Murdaugh – former solicitor Randolph Murdaugh III – also worked at the firm prior to passing away on Thursday after a long battle with cancer.

If any family could claim to be “above the law” in a certain part of the state, it would be the Murdaughs in the Lowcountry …

Accordingly, I have urged Stone and his investigators to recuse themselves from this double homicide case and allow the office of S.C. attorney general Alan Wilson to handle the prosecution of any charges arising from the matter.

Adding to the urgency of such a recusal? As I reported late Friday, I have been able to confirm there is “an open inquiry” into allegations of possible obstruction of justice in connection with a February 2019 boat crash in Beaufort county which was focused on Paul Murdaugh and his famous family. That crash – which killed 19-year-old Mallory Beach – dominated headlines for months and thrust the Murdaughs (and their political connections) into the statewide limelight.

Stone recused himself in that case, incidentally.

Paul Murdaugh – who was allegedly driving his father’s boat under the influence of alcohol when it crashed into a bridge piling in Beaufort county, S.C. – was facing three felony boating under the influence (BUI) charges in connection with this 2019 crash. He had pleaded not guilty on those three charges and was awaiting his day in court at the time he and his mother were gunned down.

According to my sources, the ongoing boat crash inquiry “involves Alex Murdaugh and possibly other members of his powerful family.” This probe is one reason my law enforcement sources confirmed for me last week that Alex Murdaugh was a “person of interest” in connection with the Moselle shootings.

Still, I have reminded readers repeatedly that Murdaugh reportedly provided police with an “ironclad” alibi for his whereabouts at the time of the killings last Monday evening. Also, an attorney close to the Murdaugh family told me that an interview of Alex Murdaugh conducted last Thursday by agents of the S.C. State Law Enforcement Division (SLED) was all about “closing the book on him as any sort of suspect.”

Murdaugh is “not a suspect” in connection with the murders – and has been “cooperating fully” with SLED, the attorney told me.

My SLED sources declined to confirm any of that, however, and cautioned me against accepting the attorney’s assessment of the situation.

One of my SLED sources told me on Sunday afternoon that the agency was working overtime to eliminate “multiple individuals with possible motives” as suspects in the Moselle killings. On this list? Survivors of the 2019 boat crash and members of Mallory Beach’s family – whom some have suggested may have taken the law into their own hands in the aftermath of her tragic death two-and-a-half years ago.

According to my sources, though, all of the boat crash survivors – and Beach’s family members – voluntarily submitted to questioning in connection with the Moselle slayings. And voluntarily agreed to provide SLED with samples of their DNA “for the purpose of exclusion.”

Meanwhile, SLED agents are reportedly exploring “every possible angle” related to the shootings – even though I am reliably informed that they believe they know what transpired.

“This is all going to make sense very soon,” one well-placed law enforcement source told me.

How soon, though? Unfortunately, as of this writing no one familiar with investigation is willing to share any sort of timetable related to potential charges being filed in connection with the case.