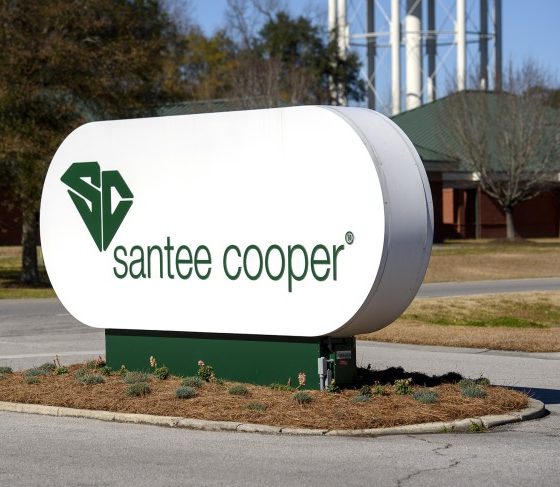 A circuit court judge has upheld the “right” of South Carolina government-run power provider Santee Cooper to continue charging exorbitant electricity rates to customers in its service area – an unqualified victory for the utility but a stunning defeat for the Palmetto State’s economy.

Not to mention a major setback for the free market …

Assuming it stands, this ruling is likely to cost South Carolina upwards of 300 desperately needed jobs … and that is just its immediate impact.

Longer-term job losses could be far greater as a chilling effect takes hold over the state’s economy – which is still reeling from the pernicious impacts of lockdowns associated with the coronavirus pandemic.

Seriously … what business in its right mind would come to a state where a government-run monopoly is allowed to overcharge with such impunity?

According to S.C. circuit court judge Roger Young, Santee Cooper gets to continue bilking Berkeley county-based Century Aluminum because … get this … the government says it can.

And why does government say so? Because it wants to preserve its monopoly.

“Santee Cooper’s monopoly power in its exclusive service area … is the clearly articulated and affirmatively expressed policy of South Carolina,” Young wrote in his ruling.

That says quite a lot, doesn’t it?

Basically, a state judge is conferring “exclusive” monopoly status to a state-owned power provider … telling a private sector company that tried to negotiate a better deal on the open market to go and “pound sand.”

And people wonder why South Carolina struggles to compete economically?

Young – a former two-term state lawmaker – rejected efforts by Century Aluminum and the citizens of Goose Creek, S.C. to rid themselves of Santee Cooper’s anti-competitive prices and establish a new method of powering the company’s Mt. Holly smelting operation.

Last December, voters in Goose Creek overwhelmingly approved a referendum that would have created a new city-run utility to power the plant. This structure was established for the sole purpose of bypassing Santee Cooper’s exorbitantly high rates – and would have allowed Century to purchase the 25 percent of the power it currently purchases from the government-run utility on the open market instead.

Why does this matter? Readers will recall it was the punitively high cost of purchasing power from Santee Cooper that forced Century to cut production at its Mt. Holly facility by fifty percent back in December 2015 – resulting in 300 layoffs.


“The company believes it can bring back these 300 workers (and ramp up its production again) if it is able to purchase all of its power on the open market – which is what the new Goose Creek utility would enable it to do,” we reported in December.

“He just gave them a license to kill jobs,” one observer noted, referring to Young’s decision.

Needless to say we rebuke this ruling … emphatically.

“This news outlet has consistently supported Goose Creek and Century Aluminum in their battle against Santee Cooper,” we wrote this summer.

More importantly, we rebuke state government’s ongoing ownership and (mis)management of a power company. Generating electricity is not a core function of government, and Santee Cooper is an ongoing case study in the inefficacy of such a model.

Particularly in the aftermath of the NukeGate fiasco …

Seriously: How many lost jobs (and lost billions) is it going to take for state lawmakers to finally heed our advice and unload this albatross? Had they done so a dozen years when we first suggested it, such a move would have netted the state billions. Now, it is becoming clearer by the day that the state cannot afford to keep Santee Cooper.