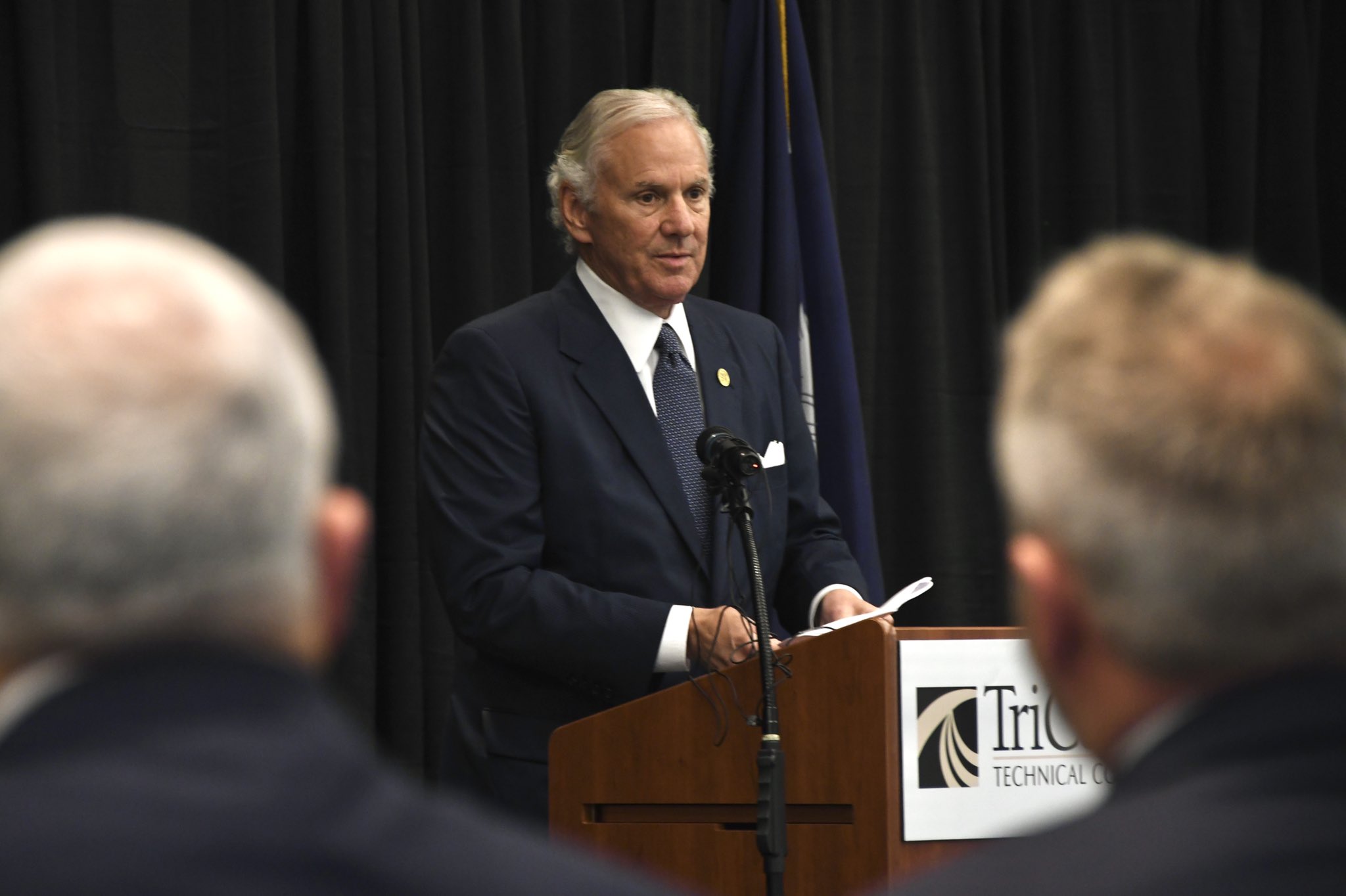 South Carolina governor Henry McMaster said this week that the Palmetto State’s stunningly mismanaged government-run power company had “no plan” to address its multi-billion dollar mountain of debt – a situation which could pave the way to future discussions about selling state-owned Santee Cooper to the highest bidder.

Which, frankly, is something the state should have done decades ago …

“No one has presented a plan that would allow Santee Cooper to work its way out of four billion dollars of debt it is going to have to repay on the nuclear reactors that were not built – that were abandoned in Fairfield county,” McMaster said earlier this week, according to a video posted by Tracy Glanz of The (Columbia, S.C.) State newspaper.

McMaster is referencing debt associated with NukeGate, the botched construction of a pair of since-abandoned nuclear reactors in Jenkinsville, S.C. This unprecedented command economic fleecing – authored by state senator Luke Rankin and his fiscally liberal legislative allies in the S.C. General Assembly – set the state back by more than $10 billion, including more than $2 billion (and counting) in investment risk socialized by ratepayers.


“Plus I think it’s several more billion dollars in debt that they had prior to that – or have accumulated during that time,” McMaster added.

McMaster is correct. The last time I checked, Santee Cooper’s debt was north of $7 billion – again, with absolutely no plan to address it. Well … no plan other than raising rates on its customers.

“I see no way that that organization can work its way out of that debt,” McMaster added. “So, even if a sale provision is not outlined as a process in the (“reform”) bill, that does not mean that if a potential buyer arrives and makes a presentation that something could not be done in reaction to that in order to consider it.”

Here is the clip of McMaster’s comments …

Is there an offer to purchase Santee Cooper on the table, though? No, not at the moment …

As I noted last month, state lawmakers scared away a $9.6 billion purchase bid from Florida-based NextEra Energy that would have wiped away Santee Cooper’s tidal wave of red ink.

Instead of getting government out of the utility business, they are entrusting the future of this state-owned monopoly to the same politically appointed bureaucrats who have already driven it into a ditch once already … and proven themselves wholly unworthy of the public trust in the process.

To recap: The two NukeGate reactors were supposed to have been operational in 2016 and 2017, respectively. Despite the massive government debt and ratepayer investment, though, they were never completed – and Santee Cooper and its private sector partner couldn’t afford the estimated $10-16 billion price tag necessary to finish them.

State lawmakers have spent the last four years debating what to do with Santee Cooper, but as of this writing all they have come up with is an embarrassingly anemic “reform” plan which does absolutely nothing to address the utility’s worsening fiscal situation.

“Offloading this utility to the private sector is the only option – barring stratospheric rate increases for residential, commercial and industrial consumers,” I wrote last month.

Of course I have been saying that for more than thirteen years … lawmakers keep refusing to listen.

McMaster and I agree on very little. On the whole, I believe his administration has been an unmitigated disaster for the state. But on this issue he is absolutely correct.

The only way to rid the state of this anti-competitive albatross (and its multi-billion dollar anchor of debt) is to sell it to the highest bidder … preferably before it racks up any more red ink.