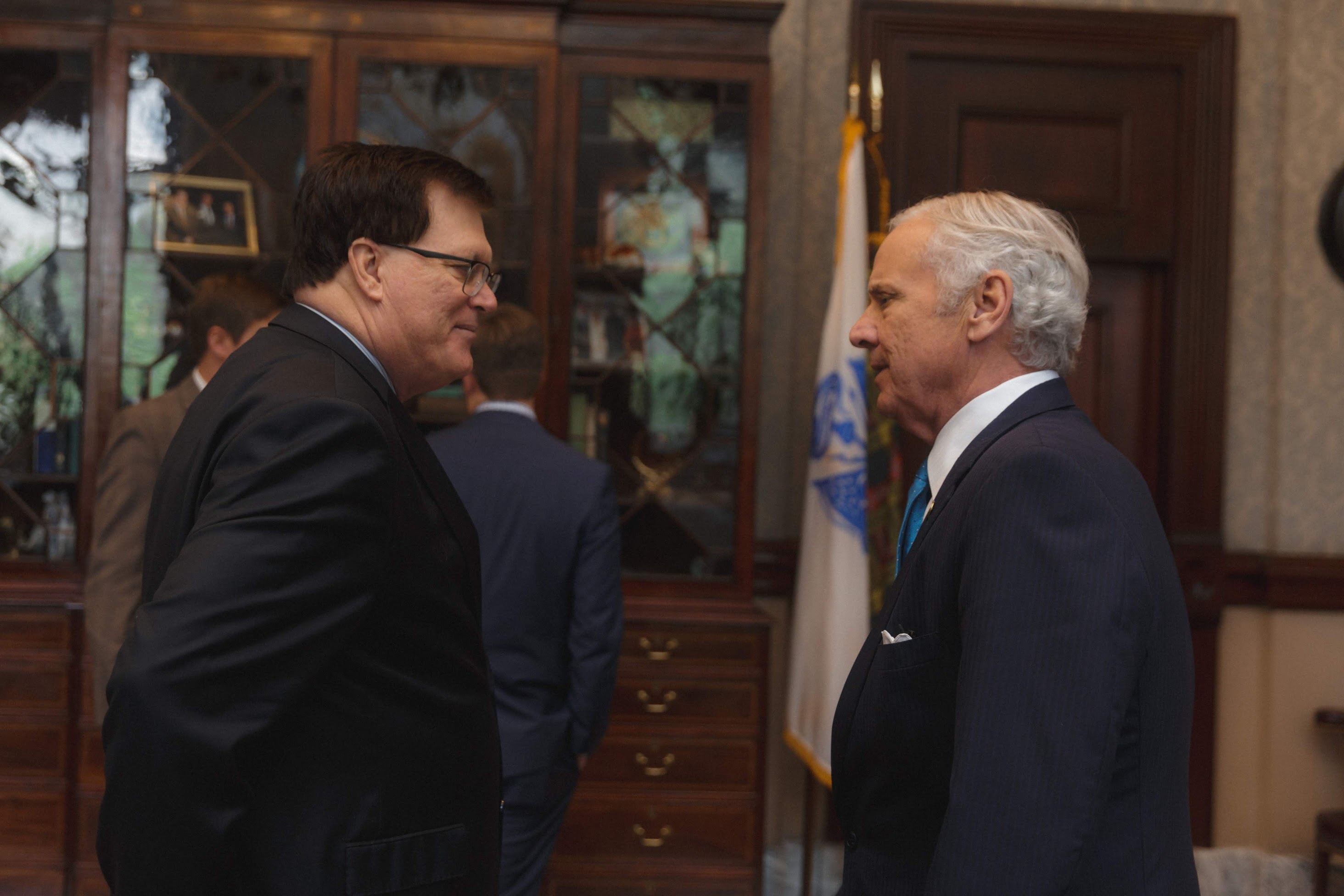 South Carolina’s state budget for the fiscal year beginning on July 1 totals more than $30 billion. Of that amount, governor Henry McMaster vetoed only $40 million – or approximately 0.13 percent of the total spending amount this week.

That’s right … in the largest budget in state history, McMaster found scarcely one-tenth of one percent to be objectionable.

This marks the third consecutive round of anemic budget vetoes issued by McMaster, who continues to fail taxpayers when it comes to using what ought to be his most effective weapon on their behalf.

Rather than challenging the Republican-controlled S.C. General Assembly on its exorbitant spending – which continues to dramatically expand state government with very little in the way of positive outcomes to show for it – McMaster has made it abundantly clear he is nothing but a “go-along-to-get-along” governor.

Which, frankly, does not distinguish him from his predecessor – Nikki Haley. Despite all of her pro-taxpayer rhetoric, when it came time to actually limit the size and scope of government in the Palmetto State Haley was a bust.

When will South Carolina elect a governor willing to wield a virile veto pen? Willing to force lawmakers to summon two-thirds majorities in both chambers in order to pass their boondoggles? Willing to build a legislative coalition in support of taxpayers. And yes … willing to campaign against lawmakers who are poor stewards of the people’s money?

McMaster (above) is clearly not that governor … as evidenced by the way he cloaked his embarrassingly weak vetoes in the language of surrender.

“To my colleagues in the General Assembly, I say the people of South Carolina saw the year begin with our pledges of cooperation, communication and collaboration,” McMaster told reporters at the S.C. State House this week. “I believe this state budget embodies that commitment. I ask that we continue to work together vigorously, thereby ensuring that future generations of South Carolinians can keep winning and prospering.”

Is this guy senile? Or being deliberately deceitful?

Either way, this is unacceptable on so many levels … not to mention embarrassing for McMaster after the way the legislature treated him earlier this month on several high-profile appointments.

Sadly, though, none of this is unexpected. When McMaster unveiled his version of a 2019-2020 spending plan five months ago, we referred to it as “a continuation of the ‘more of the same‘ approach to governing we have come to expect from the 71-year-old career politician.”

You know, like the charade associated with his “veto” of a massive gasoline tax hike – or his belated bid to “reform” the state’s failing pension fund.

“South Carolina will never experience better outcomes unless it makes better use of the resources its hard-working people send to state government,” we wrote last year during the budget battle.  “That means figuring out what government should – and shouldn’t – do, and prioritizing core functions based on need.”

McMaster is not forcing state lawmakers to do any of that …

His rubber stamp means the state budget scheduled to take effect on July 1 will include massive spending increases on the Palmetto State’s worst-in-the-nation government-run education system.

The budget now in place spends a whopping $14,227 per student in the coming fiscal year (2019-2020) on state-run schools – a 5.7 percent increase over the current fiscal year’s spending levels. This sum – which does not include revenue from local bond issues (adding another $2,000-$3,000 per student, per year) – includes pay raises of anywhere from 4 percent to 9 percent for government-run school teachers.

Also, as this news outlet exclusively reported back in February, South Carolina’s school districts ended the 2017-2018 fiscal year with a whopping $1.34 billion in unrestricted cash reserves – up from $944.2 million at the end of fiscal year 2015-2016.

That’s an astounding $400 million (or 42.3 percent) increase in reserve funds in the span of just two budget cycles.

As we have previously noted, all of this taxpayer-provided largesse failed to appease the liberal hordes – who demanded across-the-board pay increases of no less than ten percent (for good and bad teachers) while its army of lobbyists at the State House shut down any and all attempts to tie these pay raises to some (any) merit-based standard.

McMaster attempted to cave to this mob once again in his veto message, challenging lawmakers to return to Columbia this summer to fork over even more money in a desperate attempt to prop up this demonstrably failed system.

Thankfully, they refused … but expect another round of “Mo’ Money, Mo’ Failure” when lawmakers reconvene in 2020.

It isn’t just runaway education spending that has failed to produce results. Massive growth in state spending over the last decade simply has not moved the needle on a host of metrics – and that doesn’t include the money state government borrows (here and here) to supplement its spending.

One final word: McMaster and lawmakers aren’t the only ones failing the state, either. With mainstream media outlets refusing to report on the true size of the state budget – and shamelessly cheerleading for bigger government “solutions” (while attacking free market proposals like universal parental choice) – it is no surprise our “leaders” continue down their current course.

They are simply going where it is “safe.”

Our point? It’s simple: Absent a demand for change, nothing will change … unfortunately, the “change” our media outlets and politicians keep preaching is not really change at all, but rather a more expansive (and expensive) version of the current failure.

This cycle must be broken, people. And it will only be broken when we elect leaders who put the taxpayers first by prioritizing spending based on need and holding the recipients of that funding accountable for every last penny they receive.