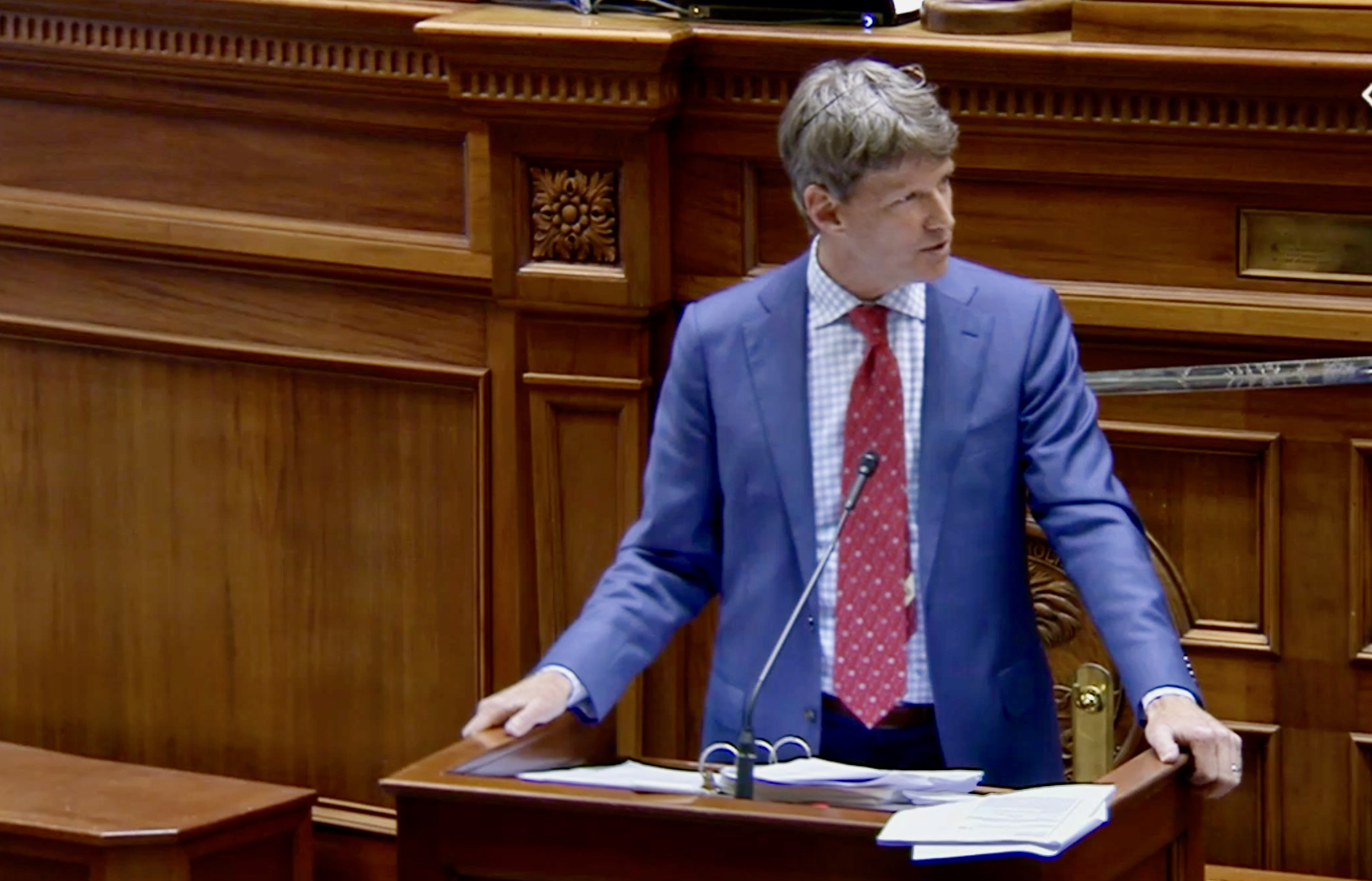 Over the past few months, my news outlet has documented the extent to which every assumption tied to the proposed “reform” of South Carolina’s state-owned power provider Santee Cooper has gone up in smoke … literally. In fact, it’s gotten so bad this “rogue agency” – which plunged Palmetto State ratepayers into a $10 billion abyss via the NukeGate debacle – recently yanked its “reform” plan offline.

My news outlet has further documented the extent to which Santee Cooper’s defenders – most notably S.C. Senate judiciary chairman Luke Rankin – are using “reform” as a stalking horse/ stalling tactic when it comes to blocking the long-overdue privatization of this anti-competitive albatross (something they should have done a decade-and-a-half ago when I first recommend it).

Selling Santee Cooper when I first proposed doing so back in March 2008 would have meant a multi-billion dollar payday to the state … not the escalating debt the utility is currently staring down.

Why is Rankin – one of the NukeGate architects – doing Santee Cooper’s bidding? Because its board members are either funding his campaign … or in business with him. And because he has a political vendetta against NextEra Energy, the Florida-based company currently negotiating with the state to purchase Santee Cooper (and pay off its $7 billion in debt).

Anyway, Rankin’s “reform” bill Is a joke. It fails utterly to address Santee Cooper’s two core problems – its unsustainable mountain of debt and the intrinsic dishonesty which created it.


Let us never forget how this government-guaranteed monopoly conspired with its private sector partner SCANA on the botched construction of two, since-abandoned nuclear reactors in Jenkinsville, S.C. In fact, Santee Cooper’s board proposed a huge rate hike on consumers to subsidize these reactors just one week before pulling the plug on them.

Once the project imploded, it was revealed that leaders at both utilities knew the reactors were doomed for years – and didn’t warn the public. But rather than hold those leaders accountable for their dishonesty, Santee Cooper’s board gave its former chief executive officer a $16 million golden parachute. Then it spent millions of dollars on a new management team that has continued in the same dishonest vein as its predecessor – defying lawmakers, negotiating behind their backs and doling out huge raises during a global recession.

To hear Rankin tell it, though, his attempt to enable such behavior moving forward is no ordinary noble endeavor … it is, in fact, comparable to arguably the most noble endeavor in recorded history, the death and resurrection of Jesus Christ.

That’s right. During a rambling, ill-conceived monologue from the well of the Senate on Tuesday afternoon, Rankin compared himself to Jesus Christ – portraying himself as a prophet rallying his “apostles” around the important work of salvation … err, the “reform” of Santee Cooper.

“Looking back on the Easter story – and the beauty of Jesus in (the Gospel of) John where he continues to focus and all the apostles focusing on … the act,” Rankin said.


Just … wow. And here I was thinking the fifty minutes I spent on the phone with Lin Wood two days ago was going to be the wildest monologue I heard all week.

But no … Rankin has declared himself a messiah and the preservation of a state-owned power company his work of salvation.

Seriously … where is a bolt of lightning when we need it?

Rarely if ever do I find myself at a complete loss for words, but Rankin comparing himself to Jesus Christ has done the trick. I mean … not only has this guy fabricated an alternate reality in which empowering a duplicitous, debt-ridden, irredeemably failed state agency is somehow considered wise public policy – this “Republican” has decided to deify himself and his “apostles” in the process.

Not content with typical political gamesmanship or garden variety rhetorical hoodwinking, Rankin has actually anointed himself as a God, christened his co-conspirators (including fellow liberal “Republican” Larry Grooms) as disciples and compared their shameless, self-serving status quo whoredom to the work of Biblical resurrection and salvation.

What in the ever-living hell?

I guess beleaguered Santee Cooper ratepayers (and South Carolina taxpayers) should just accept the wisdom of government running a power company. After all, Jesus himself has officially ordained it.