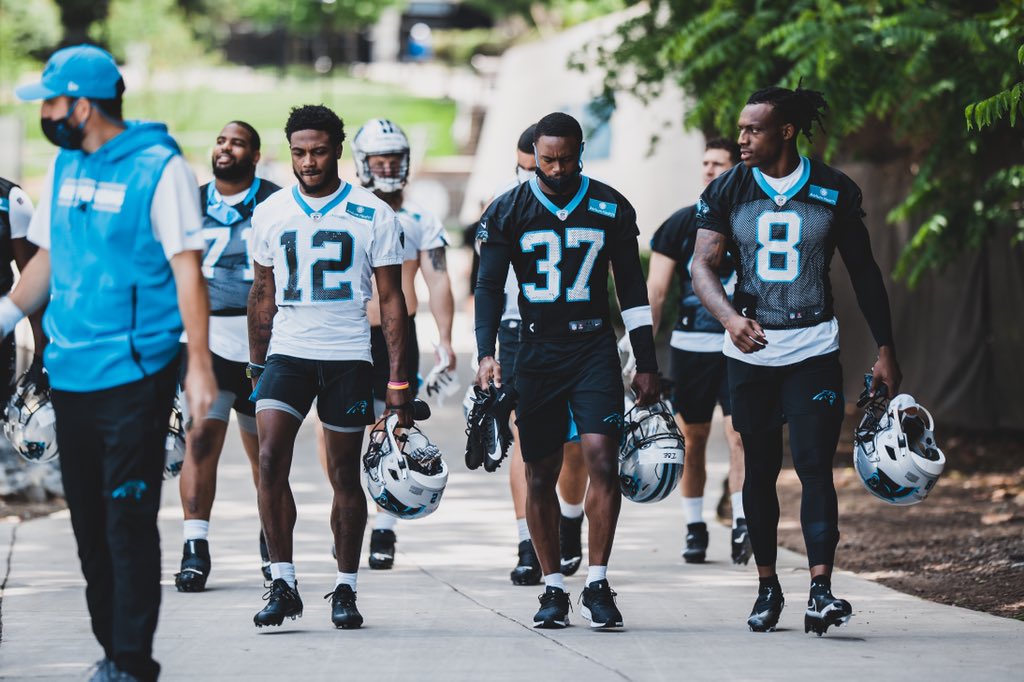 The city of Rock Hill, South Carolina is coming up short in its promises to liberal billionaire David Tepper, owner of the National Football League (NFL)’s Carolina Panthers. Specifically, the municipality is apparently unable to borrow the money it promised toward Tepper’s command economic boondoggle in York county – further pushing back the time frame of the oft-delayed project.

Last Thursday (May 6, 2021), an especially blunt letter was sent by Mark Hart of GT Real Estate Holdings – an entity affiliated with the Panthers – to York county manager David Hudspeth. In that letter, Hart laid bare the struggles Rock Hill is experiencing when it comes to issuing the promised bonds for the Panthers’ development – which includes a government-subsidized practice facility for the team and corporate offices for its executives.

“Though we continue to make progress on the construction of the Panthers practice facility and future ancillary development, unfortunately the funding for the infrastructure remains at a crossroads,” Hart wrote to Hudspeth in the letter, a copy of which was obtained by this news outlet.

According to Hart, $225 million worth of bonds were supposed to have been issued by the city no later than October 31, 2020. After discussions with the developer of the project, this deadline was later extended to February 26, 2021. This borrowing was supposed to have been repaid with an increase in property taxes on local residents – and Rock Hill agreed to forego 100 percent of its tax revenue until the debt was paid off.

Did Rock Hill meet the second deadline? No …

“To date, the bonds have not yet been issued,” the letter stated.

According to my sources, Rock Hill is “over-leveraged” and simply unable to issue this debt – at least not without having to settle for junk bond rates. In fact, even after the total obligation for the project was reportedly cut nearly in half – to $135 million – the city still couldn’t get the financing for the bonds at a competitive rate.

Wait a second, though … why is Hart bothering the county about this problem?

“We are concerned that without county assistance, the city will not secure the $225 million of bond proceeds contemplated by the interlocal agreement and other project agreements,” Hart wrote. “Not only do we believe that the county’s participation insures achieving the required funds, but, by participating, the bonds will benefit the taxpayers with an earlier return on investment.”

Wait … taxpayers are getting a return on this investment? Because the last time I checked, that assessment was pure fiction.

Nonetheless, Hart wants county leaders to step in and “engage with the city and the developer to discuss ideas and assistance to secure the necessary bond proceeds.”


“Until we have a path to $225,000,000 in bond proceeds, there is a high risk necessary infrastructure objectives will not be met, without which the city and county’s existing infrastructure could be overburdened,” Hart wrote.

In addition to local incentives, South Carolina taxpayers are shelling out at least $160 million on the Panthers deal – which was pushed by governor Henry McMaster and other “Republican” politicians. The state money is earmarked for income tax credits and infrastructure “enhancements.” Meanwhile, York county council is extending a “fee in lieu of tax – or “FILOT” – agreement with the Panthers that will cut the tax rate on this property to four percent over the next four decades.

The total value of that incentive? Good question … but between city, county and state incentives (and federal money for one of the interchanges associated with this project), taxpayers are ultimately going to be on the hook for upwards of half a billion dollars.

Why are taxpayers being asked to pay for one red dime of this facility? That’s a good question … especially considering how poor an investment sports infrastructure projects have been for municipal, county and state governments.

As I have often noted, Tepper is the NFL’s wealthiest owner with an estimated net worth of $14.5 billion, according to Forbes. As I noted in a previous post, he could have paid for the state portion of this incentives package exclusively out of the proceeds he received from selling his ownership share in the Pittsburgh Steelers (which was a condition the league imposed upon his 2018 purchase of the Panthers).

In fact, if the project is really as good of an “investment” as Hart seems to think it is … then why isn’t Tepper paying for it himself?

Driving this issue at the local level is York county councilman Bump Roddy, who is running for mayor of Rock Hill and apparently wants to embarrass the current city leadership for its fiscal ineptitude. Will Roddy’s political gambit wind up jeopardizing the project, though? Or does he intend to “ride to the rescue” and lead the way in getting the county to assume this debt?

As I have from the very beginning of this debate, my news outlet staunchly opposes the Panthers’ multi-million dollar handout.

“This is a bad deal. Period,” I wrote in March of 2019. “South Carolina should pass on the Panthers … and tell Tepper that while he is welcome to locate in the Palmetto State, he is not going to get paid to bring them here.”

All Hail “Destructuring” In SC