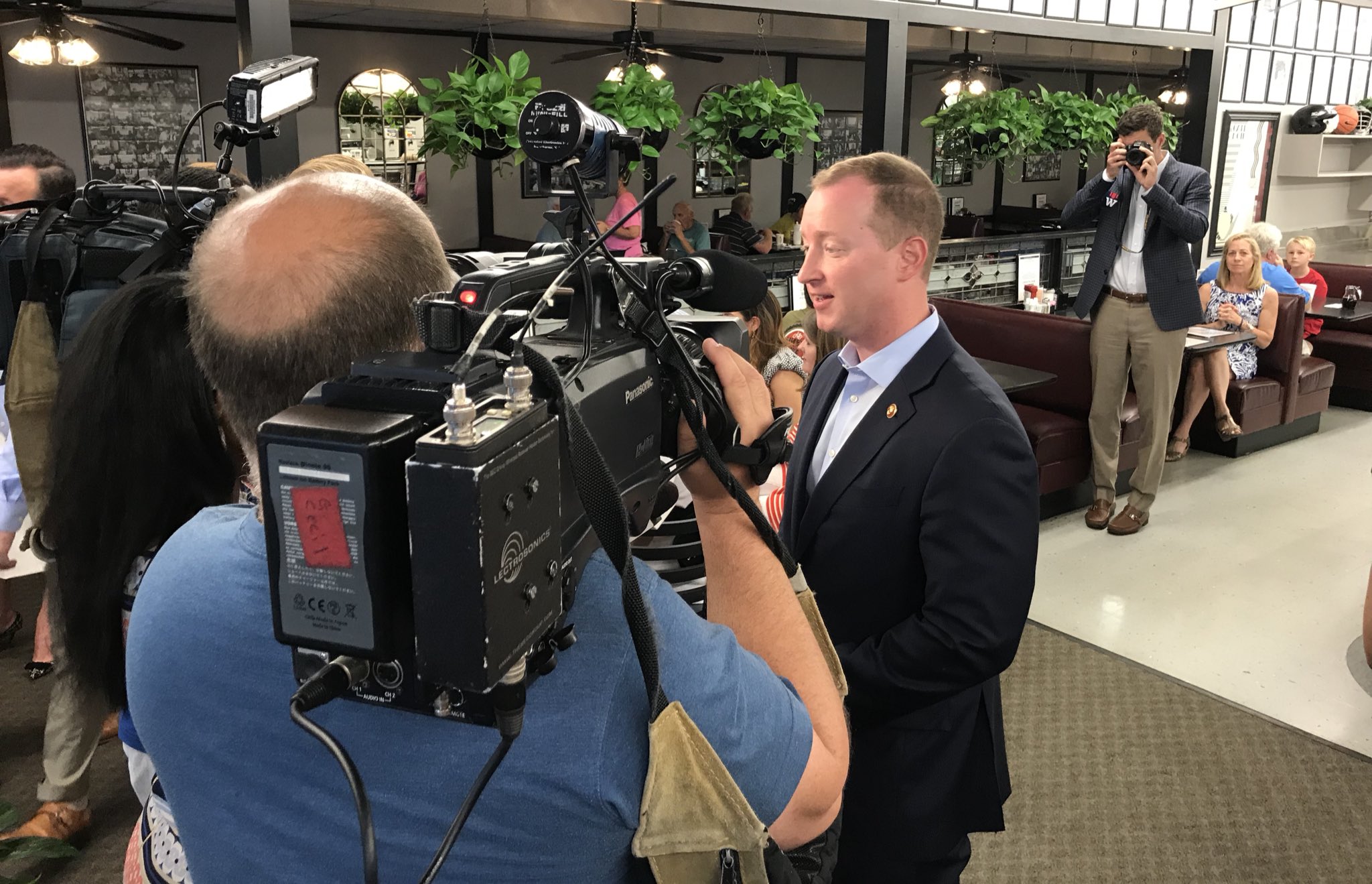 Is he correct? Absolutely.

“South Carolina politicians love to tell us how conservative they are,” Warren tweeted on Monday. “The map below shows the truth: South Carolina has one of the HIGHEST income tax rates.”

Here is the map Warren referenced, courtesy of the Tax Foundation …

“With a $1.7 billion tax surplus, South Carolina politicians spent our money on their pet projects instead of lowering taxes,” Warren added in his tweet.

In a related Facebook post, Warren urged voters to remember this fiscal treachery in the 2022 election cycle.

“Next election season, remind your legislators that you want tax reform!” he wrote.

Warren’s message carries considerable weight given his involvement in the 2020 election cycles – which saw the GOP surge to near supermajorities in both the S.C. House of Representatives and the State Senate. Unfortunately, as I noted yesterday, these advantages have produced next-to-nothing in terms of measurable benefit to taxpayers.

Indeed, as Warren pointed out in his social media posts, things continue to move in the wrong direction.


My news outlet made the case for income tax relief heading into the 2021 legislative session, arguing that “the Palmetto State is simply not competitive when it comes to its income tax rate.”

For years, I have been calling on lawmakers to make the state’s tax code more competitive.

“It’s time South Carolinians insisted upon a fundamental reorientation of state government’s approach to taxation and spending that eliminates unnecessary government and routes the proceeds from these cuts to real relief for the middle class consumers who empower the Palmetto State’s economy,” I wrote three years ago.

Have lawmakers listened? No. Instead, they have doubled down on the failed approaches of the past.

This fiscal year, “Republican” lawmakers are poised to spend a staggering $31 billion on state government – up from $29.4 billion the previous year.

Again, though … lawmakers steadfastly refuse to heed these warnings.

Warren – a U.S. Marine Corps veteran – challenged incumbent “Republican” governor Henry McMaster in 2018 and nearly defeated him in a GOP runoff election. Earlier this year, Warren flexed his muscle at the S.C. State House by weighing in on a contentious judicial race – bolstering conservative lawmakers in their opposition to the appointment of a liberal circuit court judge. Prior to that, he blasted McMaster over the latter’s lackadaisical handling of the Covid-19 pandemic.

Since then, though, Warren has been mostly quiet … prompting speculation as to whether he is planning to challenge McMaster again in 2022.

Will he? I certainly hope so …