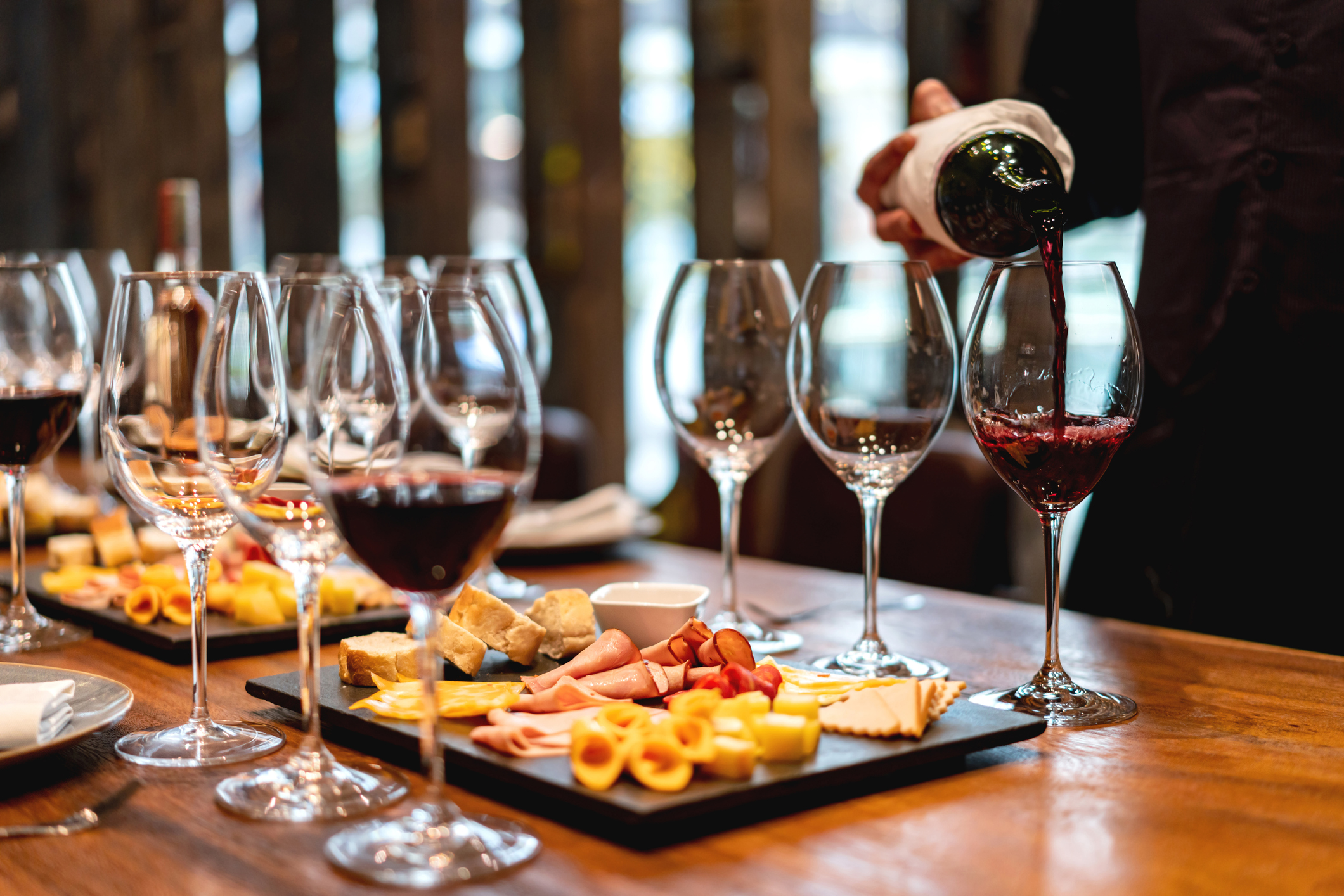 South Carolina governor Henry McMaster doesn’t get a lot of “wins.” As of this writing, his signature accomplishment since taking office in 2017 was landing a deal with the National Football League (NFL)’s Carolina Panthers to move the team’s practice facility and corporate offices to York county.

Never mind that this agreement is a textbook, taxpayer-funded crony capitalist giveaway to a liberal billionaire, or that its jobs numbers were grossly inflated … or that the practice facility the Panthers are abandoning is located in Spartanburg, S.C. (which will lose jobs).

All McMaster cared about was a ribbon cutting …

Fast-forward to this year, when McMaster is pushing state lawmakers to approve yet another ill-conceived extension of corporate welfare – this time to the world’s largest winemaker.

As I reported earlier this month, Modesto, California-based E&J Gallo Winery wants to create an east coast distribution hub in Chester county – a project it says will create 500 jobs and bring $400 million worth of capital investment to the state.

Should you trust those numbers, though? Hell no … nor should you trust the S.C. Department of Commerce to recover your money from Gallo (or any other company) once it fails to deliver on its promises.


“Commerce been busted lying about job creation and investment estimates in the past, but the agency has also failed to hold corporations accountable when they renege on their promise,” I wrote in my last treatment of this issue.

As mentioned, Gallo is the world’s largest winery – doing an estimated $5 billion in annual sales and capturing approximately 22 percent of the nation’s wine market. Its share of the South Carolina market is approaching 40 percent.

It doesn’t need a taxpayer bailout, in other words …

Nor does Gallo need South Carolina lawmakers to rewrite state liquor laws in the hopes of giving the company an unfair competitive advantage over mom and pop retailers struggling to survive during the coronavirus pandemic.

But that is exactly what is happening …

After economists told state leaders in no uncertain terms last fall that they needed to reform our tax code to target individual income earners and small businesses – rather than doling out more subsidies to large corporations – our “Republican” governor and GOP lawmakers are robbing from those very people to pay for yet another giveaway to a left-leaning out-of-state interests.

And as I noted previously, this handout comes with an equally damaging catch …

Such exploitation would lead to higher prices and a lack of choice for consumers, something I’ve been writing about for years.

As noted earlier this month,Gallo is insisting lawmakers pass legislation allowing it to open four “satellite” locations across the state. The company claims these satellite locations would be mere “tasting rooms” focused on educating the public on the vintages being churned out at its new “winery.” In reality, though, these locations would be storefronts – stocking and selling the entire inventory of Gallo products.

And Gallo’s “winery?” It is an industrial bottling facility.

By contrast, actual wineries in California are limited to opening one satellite location – and these facilities must limit their offerings to vintages physically produced at the winery.

Gallo has been leveraging South Carolina lawmakers by threatening to take its business to Georgia in the event the Palmetto State does not accede to its demands. Sound familiar? That’s the same game Panthers’ owner David Tepper played with McMaster (albeit using North Carolina as his leverage) in negotiating a nine-figure, taxpayer-funded handout for the Panthers – a franchise which is currently valued at $2.55 billion. Tepper, incidentally, is worth an estimated $14.5 billion – making him the wealthiest owner in the NFL.

Is the Georgia threat real, though?


“Gallo will accept much less than they are asking for due to Commerce giving them the world,” a source tracking the negotiations told us this week.

Actually, I am told Gallo will accept much less than they are asking for because lawmakers have discovered the company’s Georgia threat is just that … a threat. The Peach State is simply not prepared to match what South Carolina is offering in an attempt to land this facility, according to our sources.

“No one is buying the Georgia threat,” one senator told us last week.

Lawmakers are also said to be frustrated with Gallo after its representatives reportedly provided misleading testimony last week.

“We’ll be no competition to our treasured retail partners,” one company executive told members of the S.C. Senate judiciary committee.

Gallo also offered conflicting testimony as to whether it would pay wholesalers full margin to deliver product to their stores (i.e. the same price retailers pay) – or whether it would attempt to amend state law in the hopes of stocking its own stores at a “discounted rate.”

This revelation raised further questions as to what other inducements Gallo may have offered – or threats it may have made – in an effort to keep alcohol wholesalers neutral during this debate.

“These are not exactly right honorable fellows,” one source following the debate told me over the weekend.

Indeed, I heard from several wholesalers in the aftermath of my previous story regarding various “carrots and sticks” allegedly offered by Gallo during this process.

To their credit, state senators Dick Harpootlian and Wes Climer have done an excellent job pulling the curtain back on the “Gallo Giveaway.” Similarly, senators have done excellent work in rebuking McMaster’s Commerce department for its lack of transparency, truthfulness and accountability when it comes to the billions of taxpayer dollars it doles out.

Also, I sincerely hope state senator Sandy Senn – who has emerged as an influential negotiator on this issue – will remember to keep the state’s mom and pop businesses at the forefront of her mind as she deliberates on the claims being made to her.

The bottom line? South Carolina simply cannot afford the “Gallo Giveaway.” Nor can it afford to keep ripping off taxpayers and small businesses in order to fund other failed crony capitalist giveaways. It is time – past time, actually – for state leaders to focus their attention on fixing our anti-competitive tax climate.

Will The Coronavirus Crash The Housing Market?