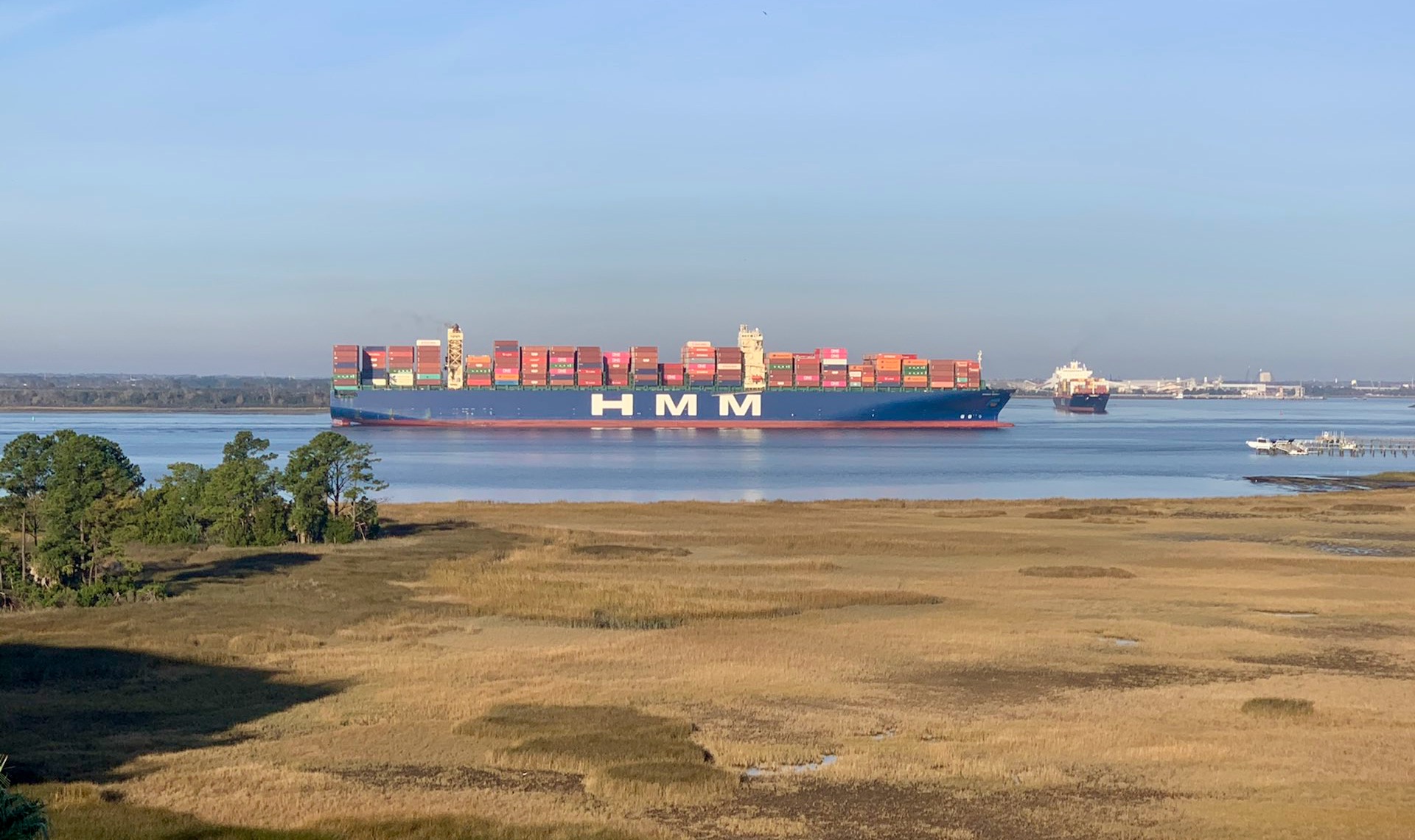 South Carolina state senator Tom Davis is giving up his filibuster on a massive borrowing bill aimed at benefiting the government-run S.C. Ports Authority (SCPA) – although the future of this proposed debt load remains very much up in the air.

Davis had been blocking the borrowing bill – which will set taxpayers back by $645 million over the next decade-and-a-half to fund rail and terminal enhancements around the port of Charleston – in the hopes of winning concessions for a proposed deepwater port in Jasper county, S.C., site of the last suitable location for such a port on the eastern seaboard.

Well, he won a major concession on that front earlier this week …

On Tuesday, SCPA officials accepted Davis’ demand that they convey their 50 percent interest in the Jasper project to county government – as specified in a deal that was reached years ago to develop the facility. The other 50 percent of the project is held by the Georgia Ports Authority (GPA), which has been running circles around South Carolina for the past decade.

Georgia has secured its advantage via expansions of its own port in Savannah (thanks to a capable assist from former South Carolina governor Nikki Haley) – leapfrogging the port of Charleston as the primary southeastern destination for container traffic.


Will GPA officials work with Jasper county to develop the new port location?

That remains to be seen … but the answer will likely depend on the extent to which global demand for container shipping bounces back in the aftermath of the Covid-19 recession.

Obviously, South Carolina should have developed the Jasper site on its own years ago … back when SCPA officials vowed to devote the “full faith and credit of the state” toward its completion. They failed to do so, though … just as they failed to allow private sector investors and managers to chart a competitive future for the Charleston port.

A little over a decade ago, Charleston was the fourth-busiest port in America. Today, it is not even in the top ten in terms of container traffic.

South Carolina port officials have invested hundreds of millions of tax dollars into deepening Charleston harbor, but this focus – which is of dubious benefit – has caused them to fall way behind Savannah in terms of port infrastructure. Also, Charleston is ill-equipped to handle such infrastructure given its poor road and rail access – and the congestion in and around its port terminals.

For years, Davis has urged lawmakers to explore the Jasper county site as an alternative rather than attempting to “shoehorn” more capacity into Charleston. Davis has also fought to make the Jasper site a “free market” port – one in which private investment supports infrastructure development and private managers (not government bureaucrats) oversee the management of the facility.

Port officials hope to address their capacity and rail problems via the new Hugh K. Leatherman terminal, which just so happens to be named after an unapologetically liberal politician who wields more influence over state finances than any other lawmaker.

Unfortunately, the Leatherman project is (surprise) way over budget – and likely to face additional cost overruns after our waterfront sources reported issues with the “structural integrity” of the new Leatherman wharf.

Another waterfront source confirmed these reports this week, citing “terrible settling issues” – especially after the recent arrival of its new ship-to-shore cranes earlier this month.

“Instead of fixing (the structural issues), they’ve been adding more asphalt,” the source warned.


SCPA officials want to use $400 million of the bond proceeds for a rail yard and $150 million for a barge system – both of which would serve the Leatherman terminal. Another $95 million would go toward financing the debt.

Are these good investments? State lawmakers are not so sure. The SCPA has already sunk $1.7 billion into the Leatherman terminal – exhausting its bonding capacity and forcing it to come to the state for a bailout. Another $220 million has been spent by the S.C. Department of Transportation (SCDOT) on a connector road linking the facility to Interstate 26.

According to our sources, SCPA “doesn’t have the funding” to complete the terminal and is facing tremendous pressure from the 89-year-old Leatherman, who “wants it open before he dies.”

Our founding editor Will Folks has argued for years that South Carolina should not be in the port business – and that the management and development of these competitive assets should be left exclusively to the private sector.

“Allowing private sector firms to manage our state’s port assets would free up potentially hundreds of millions of dollars in public money for needed infrastructure enhancements (including the Leatherman terminal and the proposed Jasper port),” Folks wrote recently.