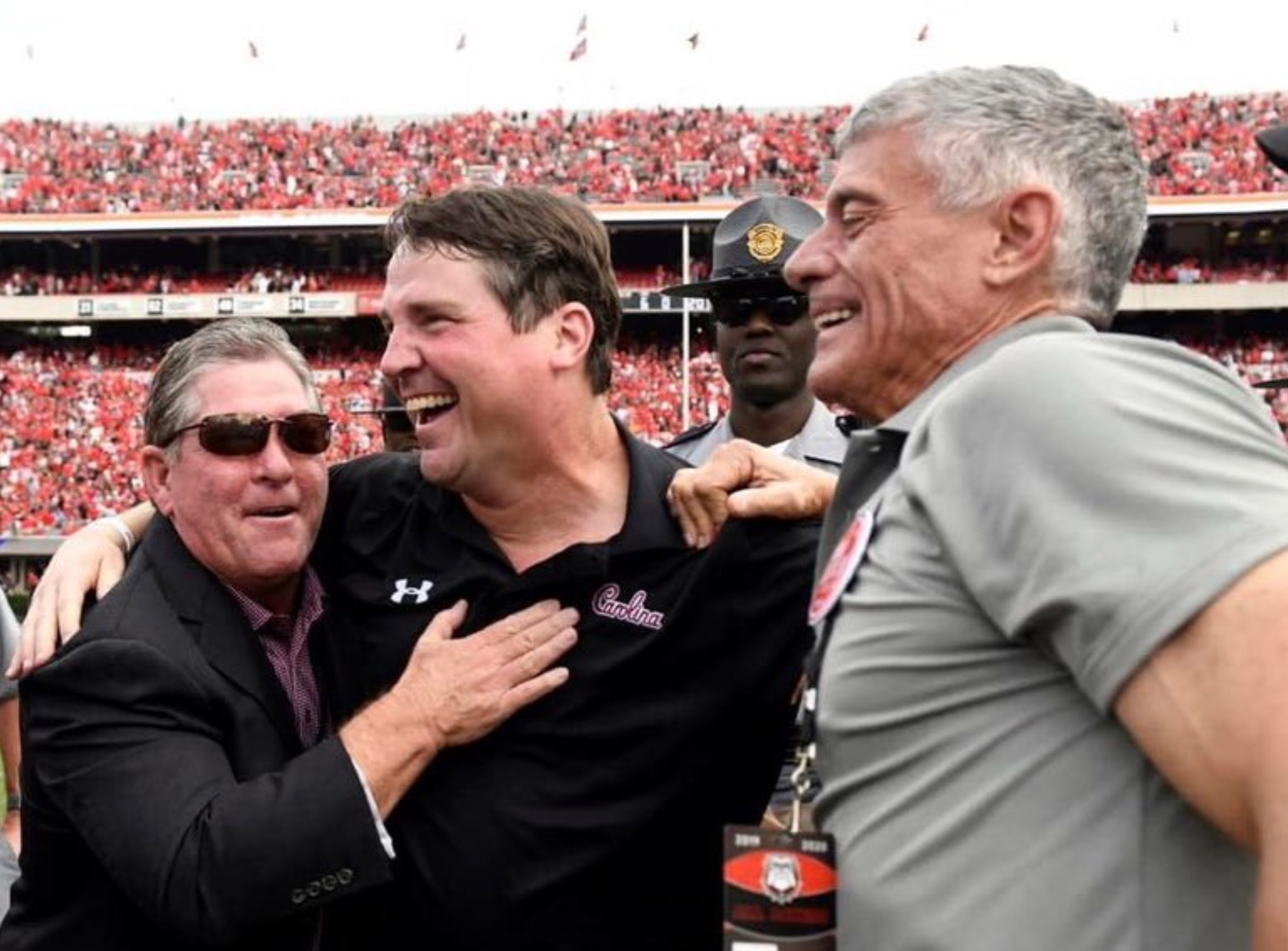 Over the last two years, this news outlet has repeatedly called for the dismissal of University of South Carolina athletics director Ray Tanner – the former baseball coach who has presided over the gradual decline of Gamecock athletics since being installed in this position in 2012.

Tanner was one of the best college baseball coaches ever – guiding the Gamecocks to back-to-back national championships in 2010 and 2011. Unfortunately, he is an absolutely terrible AD. In fact, keeping women’s basketball coach Dawn Staley at her post is literally the only thing he’s done right since the school’s trustees gave him his current job eight years ago.

Tanner didn’t hire Staley, mind you … but to his credit (and this is the only thing we give him credit for) he hasn’t let her get away.

Everything else Tanner has touched has turned into the equivalent of a flaming bag of excrement on your doorstep – including the baseball program he once led to national prominence.

In addition to Tanner’s myriad failings, we have documented the incompetence of the school’s board of trustees and its new president – retired U.S. Army general Bob Caslen.

South Carolina should have never hired Caslen and his cronies, but political pressure from governor Henry McMaster ultimately prevailed – and his nomination was narrowly advanced last summer over the vociferous objections of faculty, staff and students.

With one notable exception, every board member up for reelection this year got a new four-year term (just days before football season kicked off, incidentally).

Why do we bring all of this up?

Well, when South Carolina announced in mid-November that it was firing its former head football coach, Will Muschamp (and eating his estimated $13.7 million buyout), we argued that Tanner, Caslen and the board of trustees should have absolutely nothing to do with the search for his replacement.

In fact we reiterated our call for Tanner to be fired.

Not only did Tanner and his backers on the board make the mistake of hiring Muschamp in the first place, they gave him a raise and extended his contract (which included the massive buyout clause) despite middling returns. And for this massive investment, Gamecock fans were treated to further regression.

Which begs the question … why on earth would any of them be allowed anywhere near another head coaching search?

Easy: Because this is South Carolina, where the same mouth breathers who continue running our ship of state into the ground year after year are inexplicably entrusted with the conn – yielding (unsurprisingly) the same atrocious outcomes.

And in this case … yielding what can only be described as a second-tier hire for the football program.

Don’t get us wrong: We hope new head coach Shane Beamer can restore the historically mediocre Gamecock football program to where it was when Tanner took the reins of the athletics department eight years ago. As Gamecock fans, Beamer has our full support and we will afford him every opportunity to prove us wrong (like Muschamp did initially).

Still, as we noted in assessing his selection earlier this week Beamer (above) is not only a second-tier hire, “he is a second-tier hire in a year that did not boast the same level of coaching talent South Carolina could have landed five years ago – when Beamer’s two most recent bosses (Kirby Smart and Lincoln Riley) were available.”

In other words, Tanner – on paper, anyway – has already muffed another head coaching search.

It gets worse, though. According to reporter Ben Breiner of The (Columbia, S.C.) State newspaper, Muschamp’s already massive buyout is set to ballon to more than $15.5 million because school officials – get this – failed to sign a December 2019 agreement that would have reduced it by nearly $2 million.

More importantly, they failed to get Muschamp’s signature on the document.

That’s right. After a disastrous 4-8 campaign a year ago, Muschamp agreed to (modestly) reduce his gargantuan buyout in an effort to free up money to retain assistant coaches – hoping this would improve the product on the field in 2020.

Obviously, it did not.

Anyway, the money was spent, but the deal was never signed … and according to our sources, university officials have been aware of the problem involving the elevated buyout for at least six months.

Who is to blame for this (latest) disaster? Most of the fingers are pointed squarely at Tanner (who also failed to sign the agreement), but we are informed that the school’s general counsel Terry Parham has found himself very much in the crosshairs, too.

Herein lies the problem, though. When it comes to South Carolina (both the state and the so-called “flagship” university), such inexcusable incompetence is very real. Eminently believable. And is absolutely not a joke.

In fact, it is expected.

Think about it this way: The only thing that’s truly shocking about the galling ineptitude we see displayed from our leaders on a daily basis – is that it is no longer shocking.

The school (and the state) have been rewarding failure and tolerating abject inanity for so long they have clearly lost all conception of what constitutes excellence (or even mediocrity) – to say nothing of what constitutes accountability when it comes to dealing with those who are incapable of achieving it.

Because again, none of those responsible for the chronic failure foisted on our citizens and taxpayers are ever reprimanded – only rewarded.

Which is why we say again … the only thing surprising about this latest demonstration is that none of us should be surprised by it.

One lawmaker has seen enough, though … and has thrown down a rare, on-the-record gauntlet for the university and its leaders.

“The board needs to convene immediately and ask for the resignation of Ray Tanner and Terry Parham,” state representative Kirkman Finlay told us early Thursday. “They both need to be fired post haste. There is no other way for the board to demonstrate they are serious about reform. I mean – how do you not remember to get the contract signed? In this environment, a mistake like this cannot be tolerated.”

Finlay (above) added that the real issue with the university’s latest pooch screw was not just the money that was being flushed down the toilet – but the broken culture of the institution itself.

“This is about more than just the $2 million – this is about how the university operates,” he said.

“Anybody in the private sector who did this would have been handed a box – they would be cleaning their desk out right now,” Finlay said. “This is a litmus test for the board – do they run the institution or do the bureaucrats? And if they can’t deal with the bureaucrats, I am going to raise hell to make sure we deal with the board.”

At some point, someone in South Carolina needs to insist on accountability for something.