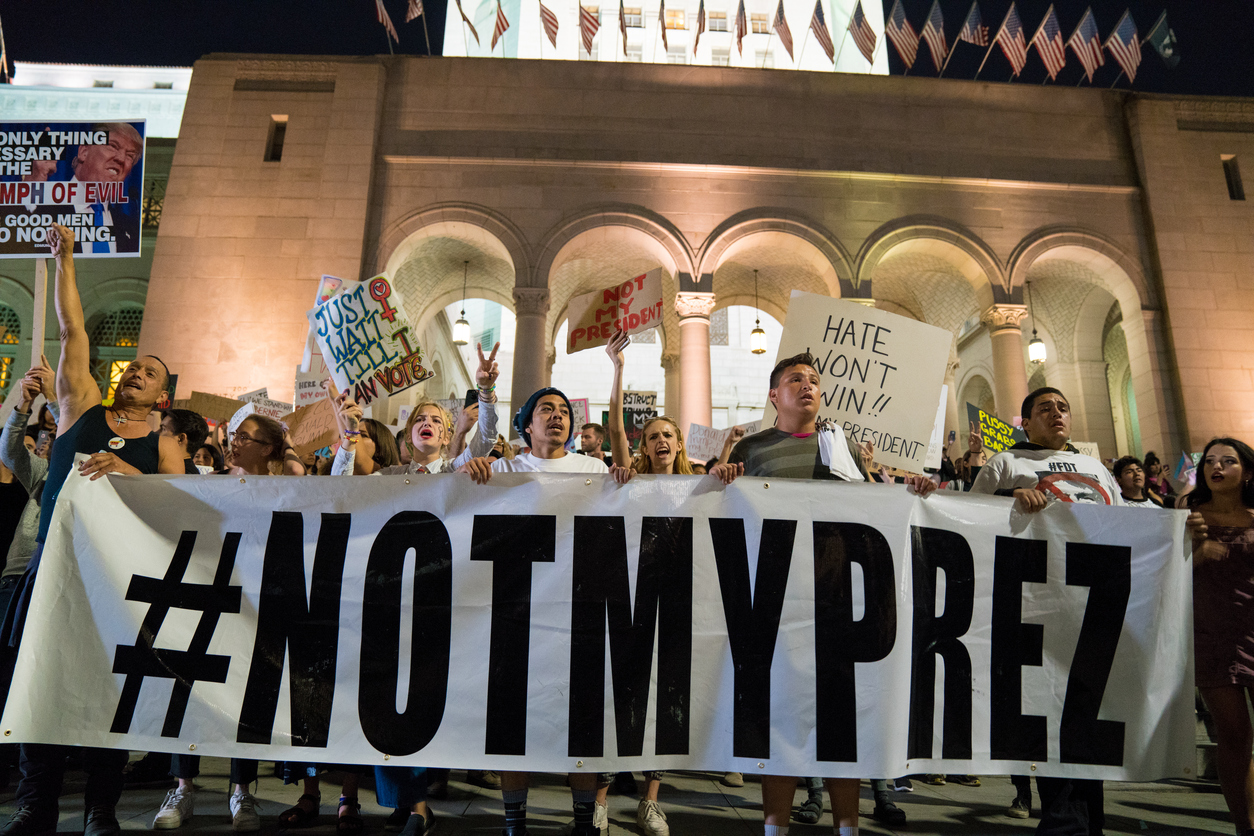 A department chair at the increasingly left-leaning University of South Carolina is displaying numerous cartoons mocking U.S. president Donald Trump on the door to his administrative office.

Is that a big deal?

We respect the right of all state employees to exercise their First Amendment rights on their own time and using their own resources, but students say this particular professor is taking things to a new level inside the college – “intimidating” students who disagree with him politically.

“These posters are very offensive caricatures,” our tipster noted.  “He has free speech of course, but can he do this as department chair?  I think not.  It is very intimidating to all us students who support our President.”

The posters include images of Trump as Richard Nixon, Trump being compared to Adolf Hitler and Trump as a child being held as a child in the arms of Russian president Vladimir Putin.  Another cartoon depicts Trump’s vision of America as “AngryWhiteMenistan.” 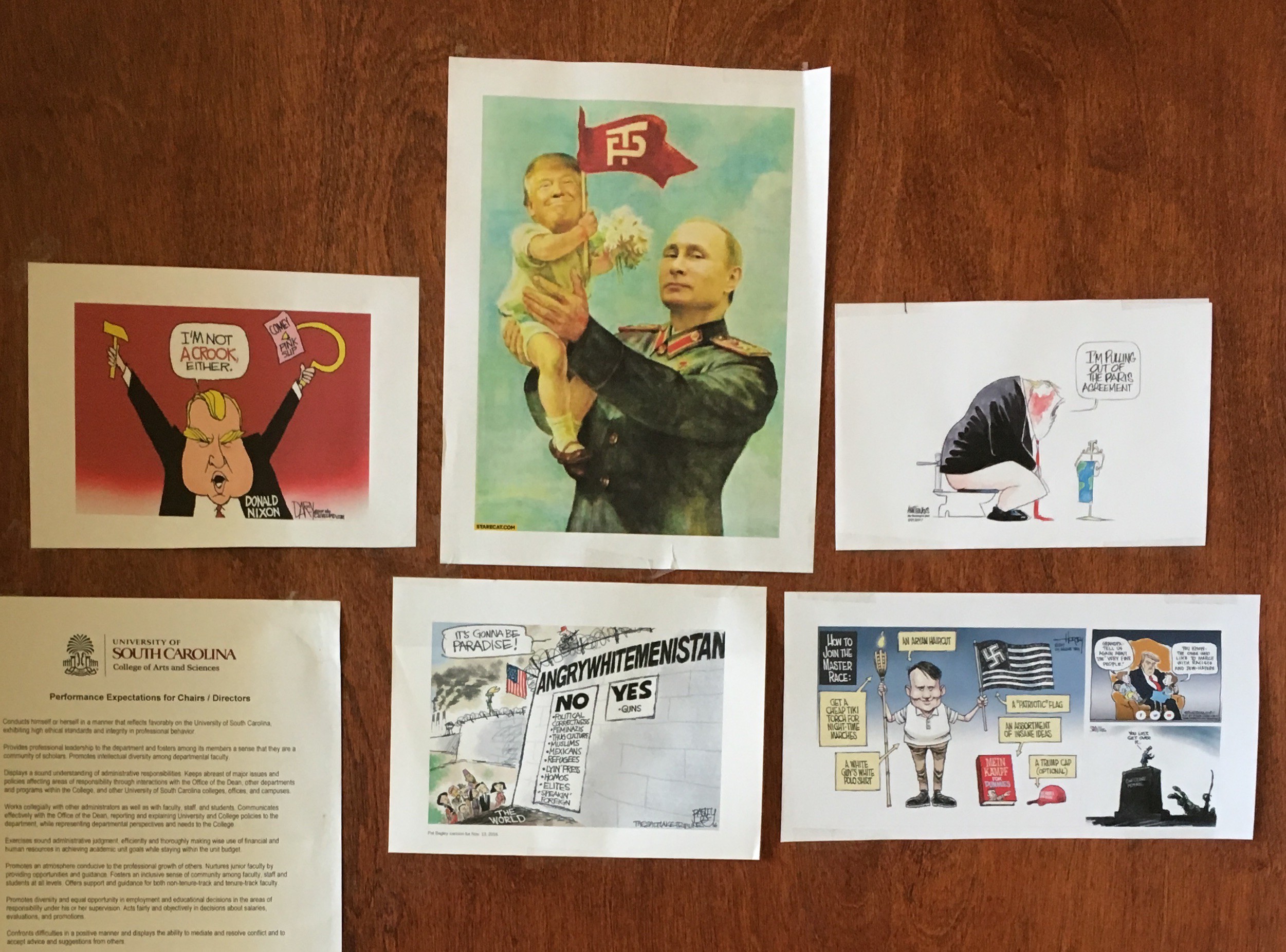 Funny?  Sure.  We don’t agree with the cartoons, but we ordinarily wouldn’t think twice about them …

However, in yet another example of liberal “tolerance” at work, our tipster alleges that the professor who posted the cartoons has repeatedly expressed his opposition to students whose beliefs run counter to his own.

“We are also concerned as students that we will be targeted if we do not share the chair’s opinions and his politics,” our source said.  “It is intimidating, and violates university laws on use of his office.”