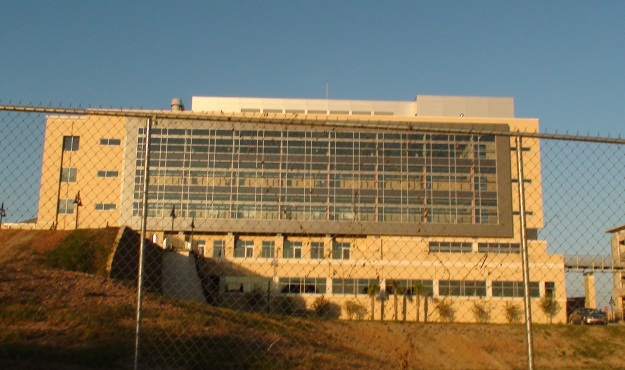 Once again, it looks like we were right on …

On Richland County’s website, there is a list of “2012 Roadway Projects” scheduled to be funded with the penny sales tax increase.  If you scroll down to No. 17 on the list … voila!  There’s Innovista – which is scheduled to receive $50 million for “Innovista Transportation-Related Projects.”

Funny … none of these projects were listed two years ago (when Richland County last attempted to raise the sales tax) and yet all of a sudden they’re high priorities?  Please …

Among these projects?  A new “pedestrian promenade,” which is ironic when you consider that these buildings are still empty (unless of course you count the taxpayer-funded jobs “created” and placed into them).

Interestingly enough, in addition to the tens of millions of dollars it has already bilked from state taxpayers – Innovista will suck even more money away from the private sector thanks to its inclusion in a special tax-exempt “development” district in downtown Columbia, S.C.  In fact these tax exemptions (paid for via higher property taxes on Columbia, S.C. businesses) means that Innovista doesn’t need to pay for its “transportation enhancements.”

In other words if the “penny tax” passes, we could be looking at a $50 million slush fund.

So … what does Pastides – who recently received a $125,000 annual raise from the University – have to say about all this?

Well we received no response to our inquiry from Luanne Lawrence, the University’s vice president of communications (who gets paid $236,000 a year from the taxpayers to answer questions like this).

Of course we all know that Pastides and Benjamin have been very busy lately (click here and here).  And for that matter, so has Harrell (click here).

That’s too bad … somebody needs to answer for this glorified theft (as well as the $50,000 that taxpayers have already spent on a bunch of television commercials promoting the increase).

FITS was already against this “penny sales tax” (like we were last time), but this Innovista connection is a compelling reason for undecided residents to reject the proposed levy.  We cannot continue to let politicians pass the bill to us every time they “pick a loser” with our tax dollars.

It appears the tax payers are not only being mislead the county is using tax dollars to hype the tax. I will go for 100% of the tax for the bus system or screw the lying POS council.

The saddest part is that this will receive minimal play in traditional media, and the little exposure that does result won’t result in any real backlash because of the average joe’s attention span and comprehension level. Factor in the massive leadership and ethics vacuum in state government, and we’re just screwed.

So the real question is, when the penny tax fails to pass (as it did last time), what will they raise instead? Richland County has already proven that if you don’t give baby what it wants, it’ll say “Fuck you” and take what it wants some other way.

Kinda reminds you of the Obama Administration and Obama-Care doesn’t it, Smirks???

Biggie falls off his tricycle, so Mommy T ties his fat ass down with rope…kind of like a Romney vacation?

ObamaCare was passed through reconciliation. The GOP can use the same method to repeal it as long as it isn’t vetoed. Your comparison is a shitty one.

I strongly suggest they incorporate ALL of Richland County into Metro-Columbia….no privarte communities like Forest Acres or Blythewood with redundant police forces. All one city, all one tax base. Fortify/combine the city police into the metro police and reduce the Sheriff to a “must be elected official by state law” into someone the serves warrants and monitors sex offenders. The teeth of law enforcement, fire fighting, the budget outlays go to the Metro Police and Fire Departments cutting the Sheriff department saving the county millions. The city also runs all the detention centers. You need a Mayor and a cabinet of course cutting out City Manager etc.

A “paper-serving” sheriff was tried in Charleston several years ago and is an abysmal failure. County Police ended up no better than the Chas City Police prior to Greenberg.

Multiple incorporation has generally worked in “Metropolitan Atlanta” which includes (last info I have, but is old, and may be out-of-date) 4 complete counties. Problem there is political Mayors (?Sound Familiar?)

Since I live in “Sexy Lexy” county, which has its own problems, I have no objection to Richland (or as I saw today “Poorland”) County experimenting. Lotsa stuff could be combined – Fire, Police, Planning, WATER (Oh! for a uniform rate!) and many other duplicative services. [For that matter, the state could get by very well with about 20 counties — think of how many BUCK$$$$ that would save].

FINALLY: FITS and The State newspaper at odds on an issue. The State is pumping this added TAX feverishly.

That’s rare for The State and FITS to disagree…(and a man bites dog story in itself)….

A lot of the projects on the county list look like a joke. $71.8 million to extend Shop Rooad– to where?? For what??

I have heard that extending Shop Road past 77 opens up a big tract of land that might become an industrial park.

The thing is that if the county made it a 100% money for buses issue, then it would win easily. It’s all these “extras” that are causing the issue problems.

I fear had this not been approved, Pastides would have had to make a return trip to the nervous hospital.

Hmm……an interesting piece of information war fare. Considering all the GAS TAXES that are paid to upkeep our roads, it would seem that Mr. Pastides and Mayor Benjamin and Bobby Harrell and Gilda-Cobb Hunter would at least have the guts to ask some serious questions about the Department of South Carolina Transportation’s expenditures. Major General Livingston of the SCNG would really be concerned about this type of FUNDING that is blatantly at odds with concerned taxpayers.( http://www.scguard.army.mil/mg-livingston.php)

…the same Taxpayers that are SLAVES to foreign OIL and are being tasked to fund operations in Jordan too boot…!!
http://news.yahoo.com/panetta-us-sends-forces-jordan-131927741.html

If Major General Livingston does not realize that we have major problems in our political class here in our state and yet FAILS to get his face in front of a camera about shady funding such as this…..then he is the wrong General to be leading our troops…!! We have men and women getting killed for PIPELINES and yet a general does not give our Governor very stern looks about any of our home front tax follies…!!??

Does the fine General know how many GAS Stations are in a 1 Mile radius of this fine Innovista scam…!?!? How about 10 Miles..???

Does he know how much tax revenue they generate for road construction…!?

We lure skilled Japanese IT companies and workers to South Carolina. We become “Stanford” east, south of Raliegh, and offer degrees in:

Why? It is high time we wrest control of our future from self serving general contractro bidders and penny stock futurists. The reality is that we can become “Silicon South” with all the major internet hubs connecting South America, Africa, Europe, and West coast.

We can be major contributors to personal and commercial aviation as well as attract many defense contractors in aviation.

We totally revamp our tech school systems and public schools to place math skills above and beyond standard military requirements for high school graduates.

Use the Innovista building for the new degree programs at USC instead of chasing penny stock “what ifs” and feeding general contractor bidding vampires with tax dollars and boondoggles. Mayor Ben has this game down pat?

To be more specific for our schools, get them trained in math before they drop out at age 16. From the 5th grade start them in pre-algebra, pre-geometry. 7th grade, add chemistry and microbiology. By 8th grade, they are into algebra 3, trigonometry, and pre-calculus, pre-physics for the gifted. Freshman in High school, are into pre-calculus, and as Sophomores, they are into calculus 1. Even if they drop out, they earned the right and have a world class education in the sciences. By the time they graduate from HS, they are into Calculus 1,2 or 3 and Physics 1,2, or 3.

Any race, any gender is capable of this if they are trained from age 10 on to 18.

Who are going to take these courses? Out of state students?

Thomas, grade school teachers can’t keep half their class to stay awake during class let alone learn advanced math. By the time their in 8th grade some are lucky to be able to read or write. Until parents value education the way Japanese parents do, their best hope for college is with an athletic scholarship.

Simply amazing the pull that U$Chas. I bet this type stuff has been going on for years.

Gee, highlight the “pedestrian promenade” which is the very last sentence in the footnote regarding the potential Innovista road work. The vast majority of that work, if approved, will be the extension of Green Street (runs past the Colonial Center) via a bridge over the railroad tracks, down to Huger street, and to a proposed extension of Williams Street down close to the river.

Reasonable people can disagree about the merits of a project like this, but highlighting just the “pedestrian promenade” is lame-ass journalism.

I read a lot of comments that are not related the penny tax purposed by our loving Rivhland County. What a joke. This county council is known for never playing by the rules. The will take the tax if passed and use it for what little project they want. I say DO NOT TRUST THEM, THEY LIE. I voted against it the last time and will vote against it again. I hope everyone else will vote NO.

It pains me every time that I take my kids to a soccer tournament in Rock Hill, Sumter, Charleston, wherever and note how good their municipal facilities are and how crappy are ours. Sumter, poor as it is, paid for its facilities using the local option sales tax money. It also pains me every time that I drive down Trenholm Road prior to getting into Forest Acres. My daughter notes that it is the worst road in town for trying to write down homework answers.

Nevertheless, I have to agree with Marvin Buby. I have limited faith that county council will not find frivolous ways to spend the sales tax revenue. In addition, I worry that an additional sales tax levy will make local retailers that much less competitive relative to online options. How about just figure out a way to tax online purchase and then lower the overall rate? I know, I know, simply too much heavy lifting for that to occur.