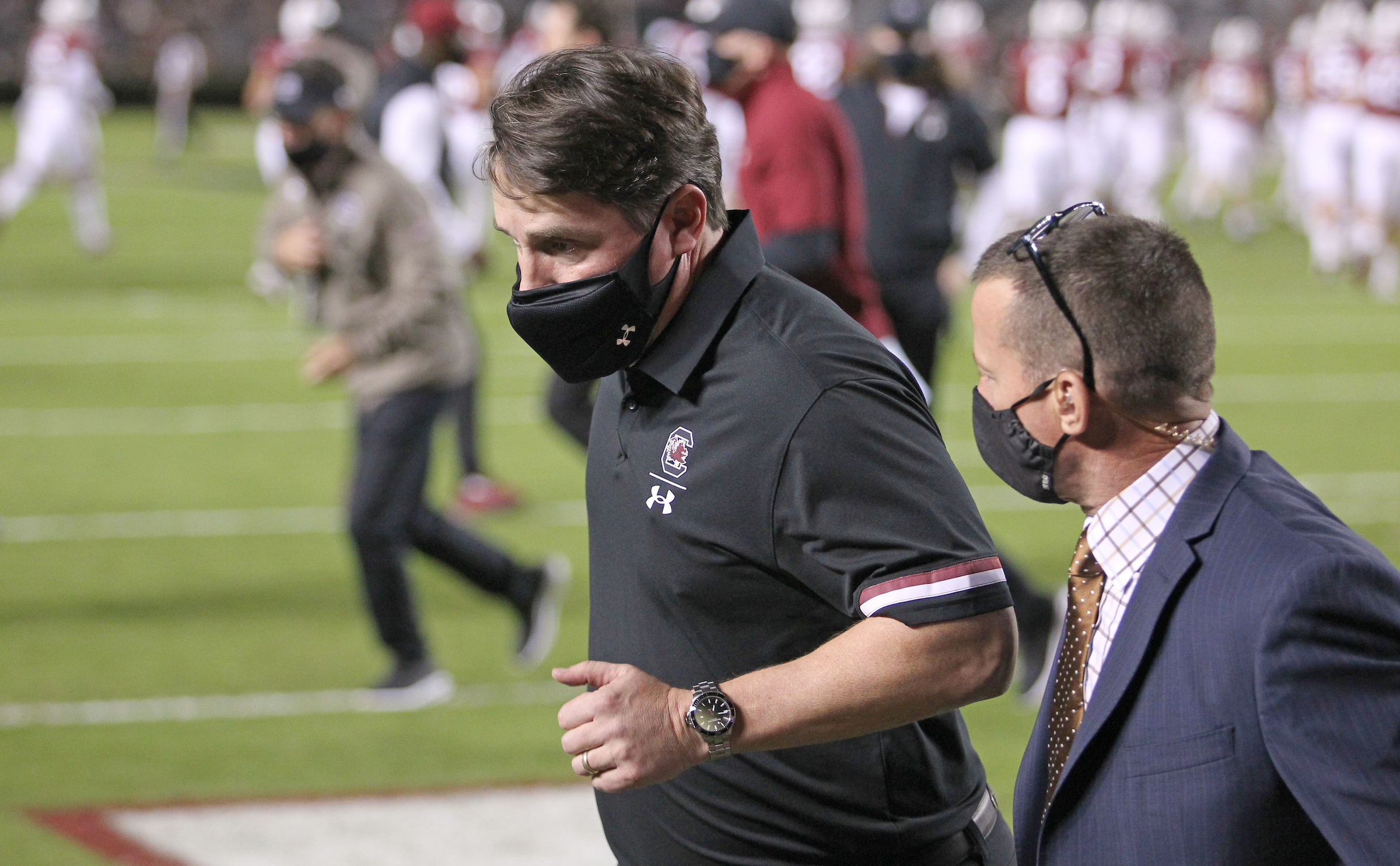 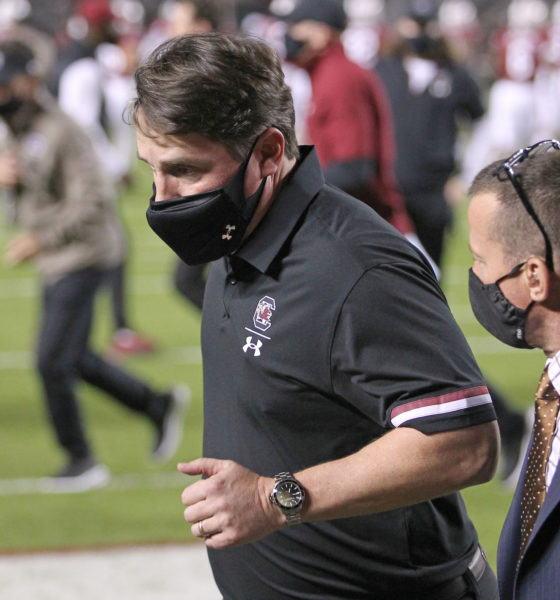 Can donors come up with the money to cover his massive buyout? And hire a worthy replacement?

Even with a cost-prohibitive $13.7 million buyout hanging over the school’s head, the University of South Carolina appears to be seriously considering firing Will Muschamp after his team was gashed for 708 yards and 59 points by the 2-4 Ole Miss Rebels on Saturday – its third consecutive lopsided loss.

Speculation regarding Muschamp’s status was swirling on social media Sunday afternoon, with multiple sources suggesting the university had already decided to part ways with the fifth-year head coach.

As of 5:00 p.m. EST, however, there was no official announcement about Muschamp’s status – and a staff meeting held at 4:00 p.m. EST ended with no definitive news.

However, a source close to the program told us “everybody in the meeting thought they were going to be fired.”

As they should have been …

“In any other year, Will Muschamp might have been fired this morning or this afternoon,” noted Stewart Mandel on The Audible podcast. “He’s done. We’re not even going to wait until the end of the season.”

Indeed … but as we pointed out following last weekend’s humiliating home loss to Texas A&M, there are some significant financial considerations to keep in mind. In fact, several of those considerations go beyond Muschamp’s massive buyout, which saved him his job following a disastrous 4-8 campaign a year ago.

In other words, if Muschamp were to be fired on Monday, November 16, 2020 – as some are suggesting he could be – South Carolina would have to pay him another $553,012, bringing his total buyout tab to more than $13.7 million.


Complicating this math even further? South Carolina’s athletics department entered the year $168.8 million in debt (a rising tide of red ink which does not include an ongoing $22.5 million upgrade of Williams-Brice Stadium).

With this much debt – and revenues projected to decline by at least $60 million this year due to the impact of the coronavirus – firing Muschamp would be a huge financial lift.

Not only that, the cost of assembling a staff to replace him and his assistants would likely top $8 million a year. Getting a head coach capable of restoring the program to where it was in 2011-2013 under former head coach Steve Spurrier?

That could cost even more …

Still, sources we spoke with on Sunday indicated the financial calculus was changing in the aftermath of the Ole Miss debacle – which saw the Rebels reel off the final 21 points of the game (including a 91-yard touchdown pass from quarterback Matt Corral to wideout Elijah Moore in which none of the Gamecocks’ four defensive backs were even in the same area code of the receiver).

That’s a fifth-year defense, people … from a “defensive genius.”

No wonder donors appear to be rethinking their strategy regarding Muschamp.

“We have the money,” one source familiar with discussions surrounding the Muschamp buyout told us. “Rich donors have ponied up.”

The source added that money to cover Muschamp’s buyout was “not a problem,” especially considering growing concerns about the costs associated with keeping Muschamp around for another year.

“If they don’t (fire him), things money-wise next year could be scary,” one told us.

Complicating this situation even further? Those who would be responsible for replacing Muschamp in the event he were to be fired.

As we have previously noted, eighth-year athletics director Ray Tanner – and the school’s board of trustees – inexplicably awarded Muschamp a raise and a contract extension after 2018’s underwhelming 7-6 campaign.

Which is how the school has landed in its current situation …

Seriously: Does anyone trust Tanner to hire another head football coach?


Astoundingly, board members have stuck with Tanner despite the declining fortunes of the entire South Carolina athletics department (well, with one notable exception).

Going up another rung up the ladder? Despite promises to hold the school’s politically appointed board of trustees accountable for these atrocious outcomes, state lawmakers overwhelmingly reelected the vast majority of them to their seats … just four days prior to the start of the 2020 football season.

So once again … firing Muschamp at an exorbitant price tag would not solve everything that ails this program.

Still, it is clear Muschamp must go …

After upsetting then-No. 15 Auburn less than a month ago, Muschamp’s team has been eviscerated in three consecutive weeks … falling to LSU, Texas A&M and Ole Miss by a combined score of 159-79.

South Carolina’s defense gave up a shocking 1,779 yards in those three contests – and new coordinator Mike Bobo (who would likely take over for Muschamp on an interim basis if he were to be fired) has been inconsistent at best in his first season calling plays.

Muschamp is 28-30 in his four-and-a-half seasons at the helm of the Gamecock program – including a 17-22 conference mark, a 3-15 record against ranked opponents and a 1-2 record in bowl games.

Will Muschamp Is Out At South Carolina