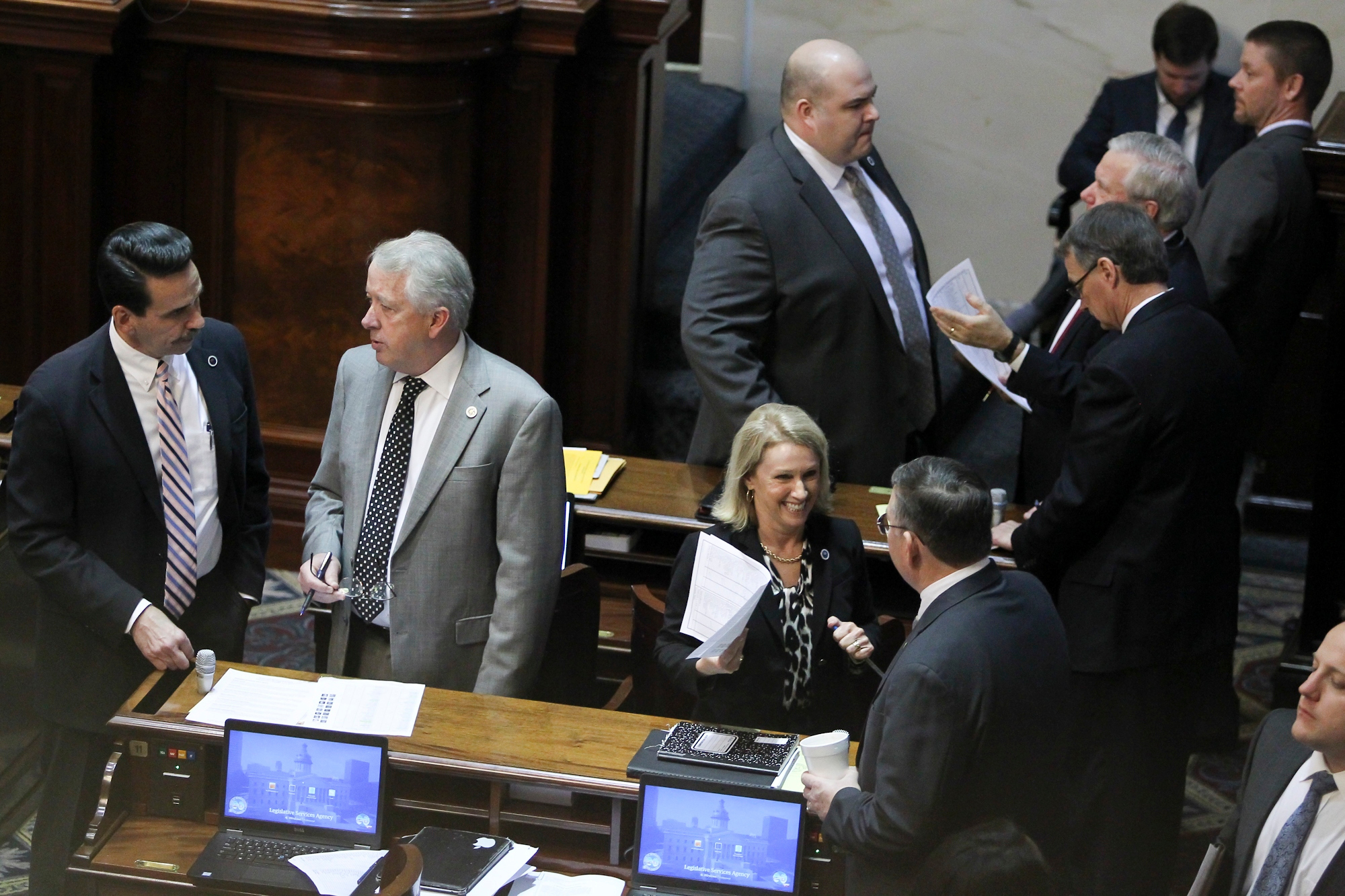 Another session of the South Carolina General Assembly concludes this week, and (prepare your surprised faces) … nothing happened.

Meanwhile, the long-overdue task of undertaking a fundamental reassessment of state government – i.e. what it does, what it ought to be doing and how it can do things better – was once again ignored.

There was no heavy lifting on issues of lasting significance, marking yet another missed opportunity to chart a new course for a state that continues to fall further behind the rest of the nation (and its neighboring states).

Faced with a declining economy, critical shortages in core law enforcement functions, third world infrastructure and fourth-rate academic outcomes, state lawmakers have done what they always do … pump more of your money into the same antiquated, inefficient and demonstrably ineffective systems.

Naturally, none of this surprises us. We knew status quo governor Henry McMaster (above) wasn’t going to push for anything resembling real change this year … and even if he did, the “status quo-er” S.C. House of Representatives and “status quo-est” S.C. Senate were never going to allow such reform.

Why not? Because they are far too invested in the failure of the current system … or rather, far too beholden to the insider political and corporate interests propping it up.

Those insider interests once again ruled the roost in Columbia, S.C., while the masses continued to be distracted by “debates in name only.” And of course the requisite race card plays.

There was really only one bright spot amid this session’s darkening storm clouds: Dick Harpootlian.

The first-term Democratic senator provided the state with an invaluable service when he became the first lawmaker to credibly peel back the crony capitalist fiction associated with so-called “economic development” promises.

Harpootlian exposed these promises for precisely what they are: Lies.

And while the specific special interest handout Harpootlian is opposing may ultimately survive and become law, his efforts have put the crony capitalists on notice that the days of ramming these glorified heists through the legislature without objection are over.

“With respect to economic incentive deals more broadly, this is our opportunity to make an important choice about the proper role of government,” Harpootlian (above) said during an impassioned floor speech. “Do we believe our role is creating the conditions of economic success – an even playing field where all businesses succeed or fail on their own merit? Or is our role to pick winners and losers- to put the considerable weight of the State and the public’s money behind one market participant? In my view, that is the choice we have here.”

Harpootlian also called out “conservatives” and “liberals” alike for their support of such deals.

Actually, there was one other bright (red) spot during this year’s legislative session: The teacher revolt.

While we certainly do not blame teachers for all (or even most) of the woes befalling the Palmetto State’s worst-in-the-nation government-run education system, the optics of a union-style strike – and the tens of thousands of students left behind in empty classrooms – created serious perception problems for this “movement.”

State lawmakers have put forward a massive $30 billion-plus state budget – one that spends a whopping $14,227 per student in the coming fiscal year (2019-2020). That represents a 5.7 percent increase over the current fiscal year’s spending levels.

This sum – which does not include revenue from local bond issues (adding another $2,000-$3,000 per student, per year) – includes pay raises of anywhere from 4 percent to 9 percent for government-run school teachers.

Is that not enough new money?

Furthermore, back in February this news outlet published data obtained from the S.C. State Board of Education showing that school districts ended the fiscal year 2017-2018 last June with a whopping $1.34 billion in unrestricted cash reserves – up from $944.2 million at the end of fiscal year 2015-2016.

Has (will) any of that money fix South Carolina’s government-run schools? Of course not. It is an annual shell game, but for the first time in a long time people are beginning to become wise to the scam – realizing there is no amount of new money that will ever be enough to placate the “Red for Ed” mob.

Make no mistake: The 2019 session of the S.C. General Assembly was yet another completely inexcusable perpetuation of increasingly costly failure – on all fronts. We are, however, modestly optimistic that something like scales are falling from the eyes of those of us compelled to subsidize the ever-escalating cost of this ass-backward goat rodeo.

Hopefully the stark contrast between inputs and outputs continues to manifest itself when lawmakers reconvene later this month to pass a final version of the state budget.